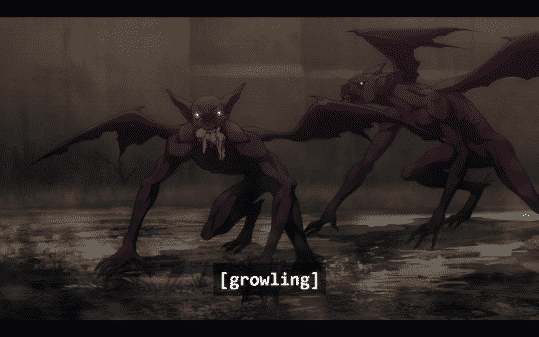 A demon with a baby in its mouth. Yeah, this show goes there.

I can’t remember where, but recently I read something to the effect of Netflix being the new HBO. Something which Castlevania adds fuel to. If only because, while gloriously violent, like some HBO shows, it is rather thin in story.

It all begins with a local bishop claiming a poor girl named Lisa is a witch. So, with this being 1455, naturally, she is burned at the stake. What he didn’t know though is said witch was married to Dracula. A being who just barely had any humanity left and, for a lack of a better term, used Lisa as his remaining connection to humanity. However, with her death comes his desire for revenge. Not just on the priest but the whole of humanity. After all, they stood up and watched.

Leading to, sometime later, us being introduced to Trevor Belmont. Last of his name, from a family which has long since been excommunicated. A funny thing since his family was the one who specialized in fighting all types of monstrosities. Of which, with Dracula releasing demon hordes which are causing a human genocide, the world could use House Belmont right now.

But, while you may think he is the savior, that is not what this sort of cult [note]Sort of because usually, when most think of cults, it is something negative. In this case, they’re good people. [/note] the Speakers believe. They believe “The Sleeping Soldier” is the savior of mankind but have no idea said being is Alucard. Dracula and Lisa’s son who is a vampire. One who wishes to stop his father’s madness.

The Gore and Violence 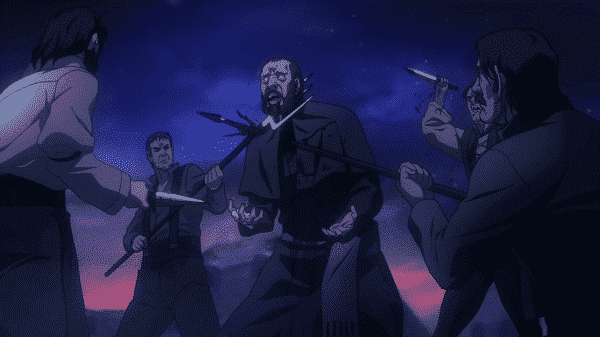 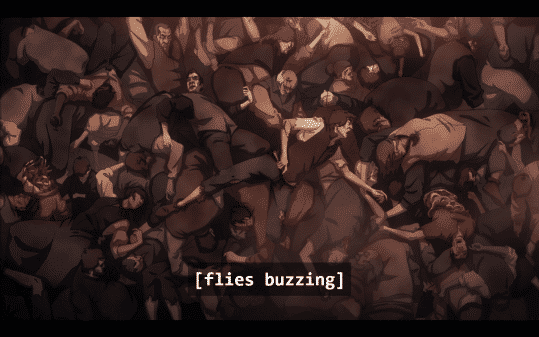 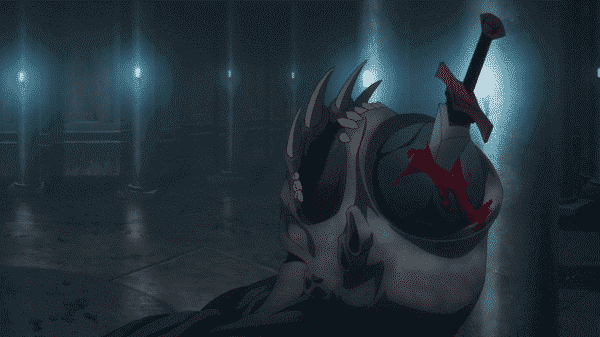 From hand to hand combat between humans to spell casters and battles against demons, you get a taste of everything in Castlevania. 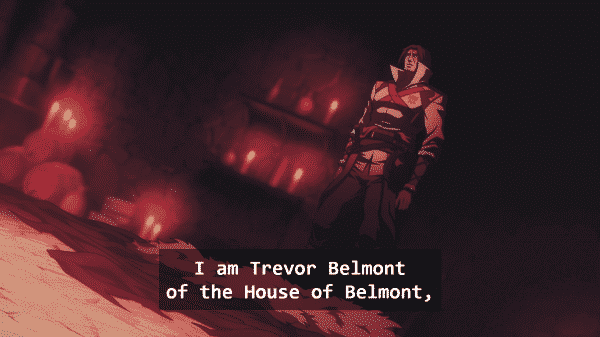 Be it positive or negative, they all get a reaction out of you. To the point, you’ll find yourself so frustrated by the 4 episode season.

As noted in episode 4, this is basically an origins story. Something which could have been released as a movie rather than broken into 4 parts – similar to Digimon Adventure Tri. But perhaps what really got to me is that, in the long run, Alucard is the hero. Someone who is just a blip in episode 1 and then not seen again until the end.

Which isn’t to say Trevor didn’t hold it down until then, alongside Sypha, but with it seeming they are mere sidekicks, it is hard to not get peeved. Especially since, what little we do learn about them, you have to question if it will get followed up on. For while we learn about the fate of house Belmont, pretty much all we need to know in episode 3, there is this vibe it could have gone further.

The same goes with Sypha and the speakers. Despite them, very much like Trevor, being introduced fully in episode 2, you only get a taste. Which is so frustrating for considering the amount of money Netflix throws around for crap like War Machine, for them to release just 4 episodes of a rather compelling, dare I say, anime, was ridiculous. 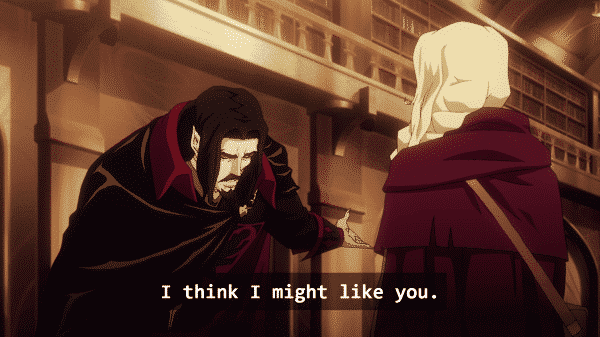 All things considered, Dracula should be a villain, right? Yet, he is positioned as someone who definitely is overreacting, but you can understand his point of view. He lived in isolation for eons and the one human, the one woman who pierces his heart with love and gives him reason to live again, she gets killed. Why? Because she wanted to be a doctor who administered medicine and didn’t want to rely on faith and nonsense. With that in mind, you can understand why he would want to cause a genocide on the world. For there were so many who could have stopped what happened and what did they do? They watched. They, like dumb sheep, watched as one of their own, someone who might have helped them, was slaughtered.

Leading you to perhaps ask about the Bishop? He is a quality villain right? Well, if only by tone then yeah. However, what kills any and all of his momentum is the way his character dies. It is by some no name demon who, within 5-10 minutes, Trevor ends up killing. So rather than this man who started all this nonsense meet his end by Dracula or even Trevor who gets threatened by him, it is by a no-name demon.

Then, to add insult to injury, we don’t really get to see how he dies. We just know with his feet a foot into the air, and him not shaking, he is dead. Giving us a very anticlimactic end to the only villain who had some panache and was unquestionably evil. Much less could have been potentially complicated. 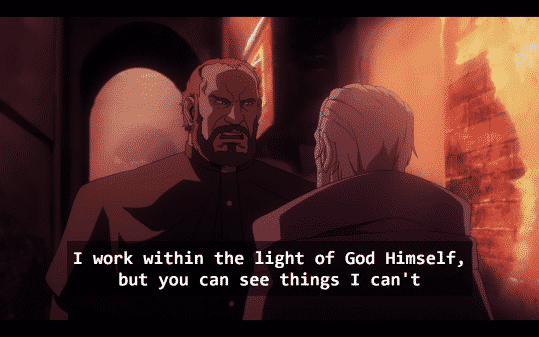 Anyone remember Kermit the Frog and “The Rainbow Connection?” There is a line:

To me, I wish there was a stronger peer into how religion, and those who wield it with ill intentions, cause the ills of the world. For while, I get, no one wants every last production to be social commentary or political, the fact Trevor dips his toe into this and then walks away kind of annoyed me. On top of the fact that there could have been so much done with the bishop but then his life got cut abruptly short. 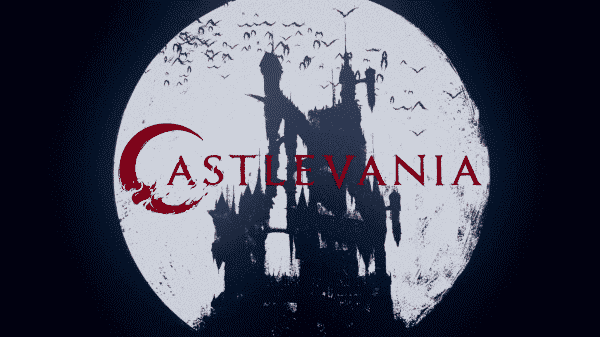 Castlevania should have just been a movie. As a four part season, you don’t get that vibe you get from some British shows where, if it were any longer, it would lose its luster. If anything, it is like, just as things are truly getting started, the brakes are hit to the floor. So while a bit disappointed, I am happy and will be watching the confirmed season 2.