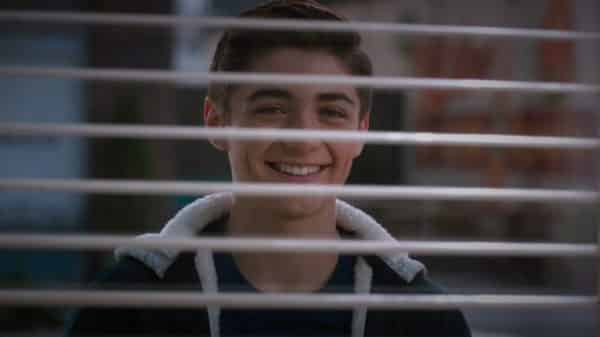 As the show hints at a long-awaited introduction, Andi decides on SAVA, TJ gets in trouble, and Amber finally gets what she wants from Jonah.

This Was Unexpected: TJ, Cyrus, Buffy

Thanks to TJ stealing a school golf cart so Buffy, with her stress fracture, doesn’t end up late for class – he ends up in student court. But, thankfully for him, the student court is no match for Cyrus being his lawyer. Also, the student court’s harshest punishment is lunch detention. So TJ only gets a slap on the wrist.

However, when it comes to Buffy, with the Spikes having one last game this season, no credible coach, and its star player out, Buffy is forced to step up again. But, there is some trouble, in the beginning, since her girls remain unconfident in their abilities. Which, as you can imagine, frustrates Buffy since she has spent the entire season making them anywhere from decent to good. So, hearing this defeatist attitude is upsetting.

Luckily, thanks to a few captured videos, Buffy is able to point out some last-minute improvements that everyone agrees would make them better. Making it so, rather than walk-in ready to lose their final game, there is enough spirit to not only be competitive but also win! 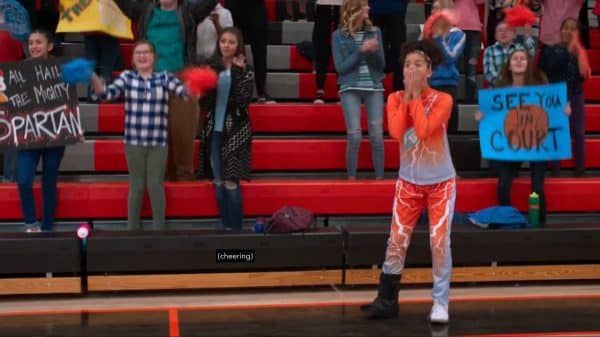 I Thought We Were Different: Andi, Bex, Bowie, Jonah

Andi is having a real issue with choosing whether or not to go to SAVA. Not because of the realization she wouldn’t be going to school with her old friends, or those she has known since kindergarten, but fear of not getting in. So she goes to Bex for an ego boost, but Bex doesn’t say what Andi needed or wanted, to hear.

Leading Andi to ask Jonah for his opinion, without getting into specifics. Which, since Jonah has anxiety, and isn’t much for being challenged, takes the stance that if something is making you anxious, don’t do it. Problem is, Andi accidentally submitted her application.

Though the bigger problem might be that Bex and Bowie discover a postcard saying SAVA received it and wait to see if Andi will tell them she submitted. She doesn’t. Thus leaving Bex feeling like she dented Andi’s self-esteem and maybe damaged their relationship.

Amber is still quite upset with Jonah, and he takes it. She doesn’t want him at the spoon, because she needs space, so he doesn’t go anymore. However, when his dad gets a job, and he learns he is getting a new place to live, rather than everyone living with his aunt (if I remember correctly), Amber is the only one he wants to tell. And with a reminder that Jonah is a better friend than a boyfriend, it seems Amber feels like she got that likable Jonah back. So while she might still be emotionally recovering, the friendship seems to be stabilizing.

Amber Got Back The Jonah She Liked

When it comes to Jonah, things are always complicated. He is someone easy to pick apart since he sucks as a boyfriend. But, at the same time, Jonah’s dating history, as Buffy has said, is sourced in him just not being ready. Yet, with girls like Amber, Andi to a certain point as well, pulling away when he can’t be this perfect boyfriend, sometimes you have to feel bad for the kid. For it does seem he just wants the consistency they can bring as a friend but then they catch feelings and he is forced between the ultimatum of dating them or dealing with them icing him out due to rejection. 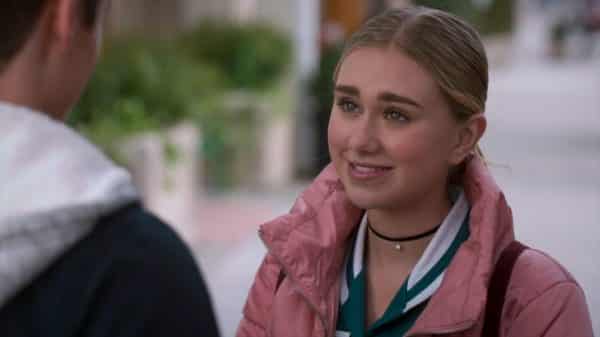 Which isn’t to excuse the many ways he wasn’t only a bad boyfriend but friend, but let’s not forget the boy is 14 or 13. It isn’t like he is in his late 20s or 30s. He is still in the trial and error stage of his life.

The same needs to apply to the girls as well. Focusing on Amber, when it comes to her relationship with Jonah, it has long been rooted in her dealing with her insecurities. Also, due to Jonah being so chill, she was able to take advantage of that and, at times, repeat the mistakes of her parents yet also unlearn their bad habits through Jonah. Making it so their history is complicated and likely deep-rooted in ways they won’t be able to forget one another. After all, he, and the people he introduced to her, like Cyrus, were key to her growth.

Hence why she was likely so upset with him. She thought they both grew up and maybe were ready for a healthier relationship, but Jonah wasn’t. He still was a bit juvenile and didn’t see their relationship as strong enough to handle him rejecting her or their level of friendship being trusting enough for him to be honest. Making it seem him opening up to her, saying she was the first one he thought of to talk to about his dad and living situation, a reminder that she is important to him. It’s just that she is in a different mental and emotional place, and she has to accept that.

One of the things Bex always prided herself on is not being like Celia. Bex sees herself as the cool, chill mom. The one you can come to about anything, but it seems she keeps forgetting Andi was raised by Celia during her childhood, and Bex has her during the tumultuous teen years. A time period that, thus far, has been kicking Andi’s behind.

Lest we forget, Andi’s world has been shaken up a lot in the last few years. She learned her sister is her mom, had her first relationship, break up, met her dad, dealt with being off and on with Jonah, and her parents being off and on as well. For a teenager, that’s a lot. So with now having to make a big decision, you can see why Andi is flipping out for it is about following her dreams. Something that hasn’t really healthily happened in her family. 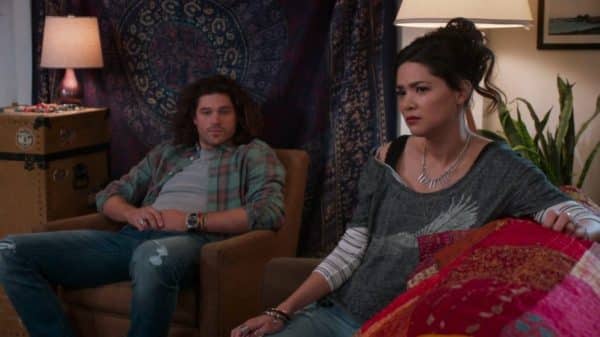 I mean, Bex did follow her dreams, but she abandoned Andi to do so. Also, Bowie had to set his dreams aside for Andi. So this decision is about so much more than just being accepted. It’s about Andi not going to the same school as her friends, dealing with whether her art is worthy enough, and trying to be one of the few members of her family getting to do something fulfilling and not just adjacent to what they really want to do.

The Possibility Of Meeting Jonah’s Parents

We’ve met dang near everyone’s parents. Granted, we haven’t seen Buffy’s or Cyrus’ in a long time, and I’m not even 100% sure we’ve seen Amber’s, but everyone’s family gets spoken about on a fairly regular basis. Jonah has long been an exception. An odd one at that. During his anxiety attack period, Bowie stepped in and up, and little was said about his family’s response. While it was noted Jonah had to move in with family members, we never got a scene of those family members or even of his old place. Pretty much Jonah has been regulated to the hunky potential love interest of whoever has a crush on him at the time, and while there is more to him than that, we haven’t really been let behind the curtain much.

So one can only hope we may now get to see the people behind who Jonah is and get some sense, as we have with most of the cast, how this kid developed into who we know.

Does Anyone Else Feel Like They Aren’t Really Building Towards A Series Finale?

I’m not sure how much of a heads up the writers got but does anyone feel like we’re actually building to something? I get the series finale is likely to be graduation and maybe have a cliff hanger or two, but something about the last few episodes makes it seem it’ll be more so geared to be a season finale than series finale – in terms of vibe.

Does Anyone Else Feel Like They Aren’t Really Building Towards A Series Finale? - 75%

The Possibility Of Meeting Jonah’s Parents - 85%

Amber Got Back The Jonah She Liked - 84%