Closure and finding a way to move on are big things this episode. Especially for Bex, Andi, Amber, and soon Iris. As we have been made aware, Buffy is quite the athlete. Whether it is her speed, flexibility, now jump shot, there doesn’t seem much she can’t do. She even makes the boys basketball team and is their shooting guard [If, like me, you have no idea what a shooting guard does, click here]. However, it seems the team captain, TJ, doesn’t want Buffy on his team.

Why? Well, that isn’t said yet. Likely it could be because she is a girl, but of course, there could be other reasons. It all depends on how far Disney wants to go with this equality storyline. Either way, Buffy makes it on but Marty doesn’t.

However, in the process of the tryout, we’re reminded of their chemistry. So while he might be unhappy he didn’t make the team, it seems, alongside her dad, Marty will be one of Buffy’s biggest fans. 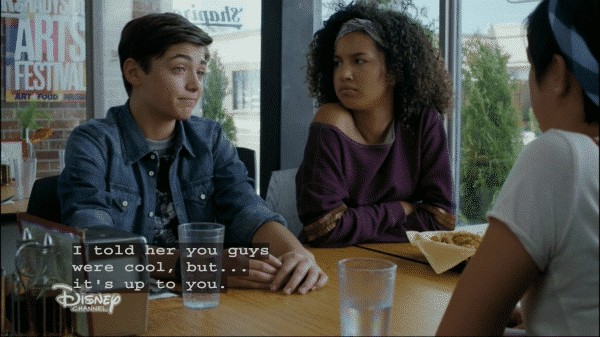 With Cyrus realizing he has feelings for boys, so comes the question if he has feelings for girls too? Well, after a second kiss with Iris, albeit rushed, it seems that experiment will come to an end soon. Leading to another thing that might be experimented with: Being friends with Amber.

As you can imagine, and is listed in the episode, after the many times Amber has at school embarrassed Andi, and even in her own home, the idea of becoming friends is just… stupid. Yet, of course, being that Jonah is very much about everyone getting along and there being peace, he asked Amber to at least try and is asking that of Andi’s crew. Thing is, Buffy thinks she is a snake and Andi figures she just wants to be close to her to keep contact with Jonah. After all, he is her boyfriend.

But, from what it seems, and based on what Jonah says, she really just wants friends. Which does lead to the question of why is this high school girl only able to make friends with 7th graders? Yes, the guy in the picture, Gabriel, is why Bex is having a difficult time accepting Bowie’s proposal. Not because he is the one who got away but the one it took Bex too long to get away from. Though not put into concrete words, the way Gabriel sounds is like Bowie if he was abusive. Not physically, so it seems, but more so mentally and/or emotionally.

Which, for Bex, has left her with trust issues. The kind which makes her keeping Gabriel’s picture a reminder of a time she was with someone who hurt her. But through Andi, she begins to pursue closure. Not by trying to find Gabriel, confront him and all that. Just by getting in the mindset that it is time to move on after, who knows how long after the relationship is over. 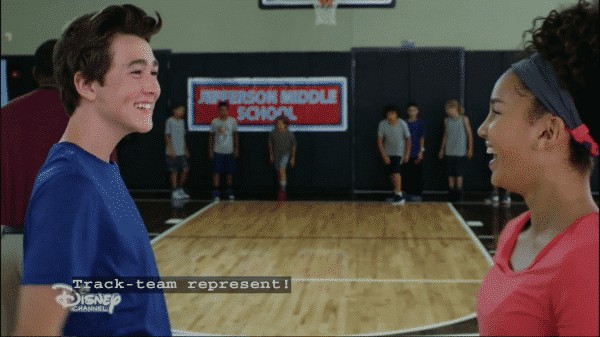 Buffy and Marty seemed to be back to where they were from last season, despite their odd interactions in the last episode. This could especially be seen during the tryouts and when Buffy was unable to participate in their usual banter, that brain fart was rather interesting. If only while there was an acknowledgment, last season, there is something there, it wasn’t defined. So with them both a little older and people pairing up, you have to wonder if her inability for a comeback with Marty, even TJ, was due to feelings?

Granted, the 3rd time around she is back to insulting Marty and the world began turning again. However, with Buffy the last one to really date, you have to wonder if she may take things slow, perhaps not date at all, or have some sort of weird, we’re close but nothing is official, type of thing. 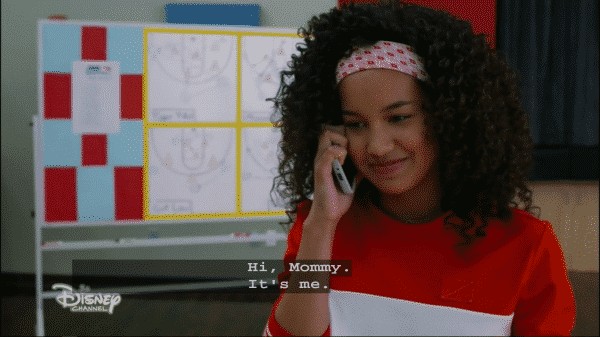 Fully recognizing not every child has lives which revolve around their parents, I just found it so odd that Buffy’s parents were barely talked about. Almost to the point, in the first season, wondering whether she even lived with them. Like, maybe she lived with an aunt, uncle, cousin or grandparent. That may be, with her mom being away all the time, dad possibly dead, it was a touchy subject. Yet, all that got cleared up in a voice mail to her mom and the mention of her dad recording her future games for her. Leading to the question: Where was poppa during the track meets and who will play him?

One thing Andi Mack does strangely well is depict relationships, no matter the age. Whether it is the awkwardness of Cyrus and Iris, and taking into account her is gay; the aforementioned Buffy and Marty; and even CeCe and Ham, it respects each relationship as different due to their unique factors. Making the idea Bex was abused in her last relationship interesting. For, thus far, through Andi, and some of Buffy’s advice, we have seen what an unhealthy relationship is for tweens.

Now with Bex, you have to wonder if this Gabriel nugget is a one-time mention of what had her develop trust issues or not. For as Andi Mack pushes boundaries when it comes to its kids, and Raven’s Home, to a point, with its adults, you have to wonder if Disney is really going to talk about abuse of this form. Assuming it was just verbal and not physical.