Walker returns to the show and this brings to question what may become of Andi and Jonah? Alongside that, we have Buffy giving Cyrus an ultimatum when it comes to being friends with TJ.

Both Jonah and TJ are still trying to have what they are dealing with labeled and having the necessary conversations to get better. However, for Jonah, Bowie is at least spoken to openly and this is why he gives the number for his friend Syd, or Sid, who could teach him beyond Bowie’s capabilities. Making it where, while certainly it won’t be a cure for panic attacks, it can at least calm him down.

As for TJ, with his off the team because of his grades, and Cyrus feeling bad for him, he pushes him to take the Dyscalculia seriously for now it is impeding what he enjoys. So, TJ does just that and ends up back on the team – with some consequences for Buffy. 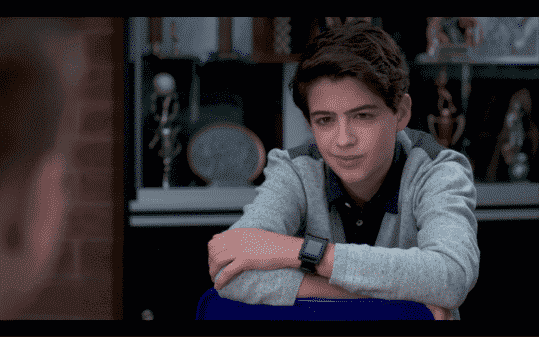 One of the things I love about the show’s approach to anxiety attacks and Dyscalculia is that it’s something main cast members go through. It’s not a character who just pops up, announces they have this thing, and then we don’t see them again. And while, yes, TJ comes and goes, his Dyscalculia isn’t going anywhere. In fact, like with Jonah’s panic attacks, because he is not addressing the issue, we see it have a negative impact on his life.

Something I feel is important for you don’t get a lot of kids shows which take on the more serious side to having cognitive or mental disorders. Now, it would have been nice if it wasn’t all boys going through this, because generally girls are diagnosed at lower rates, but beggars can’t be choosers. Just having the representation out there so some kid can recognize what they have is panic attacks or maybe it isn’t them but having Dyscalculia is the issue is what matters.

Thanks to Cyrus, TJ does end up talking to his math teacher and with saying he has Dyscalculia, not necessarily being tested yet, he is allowed back on the team. Leading to a major issue: It seems the game he didn’t get to play, he was so jealous of all the hype Buffy got that he felt it would be right to snitch that Buffy did his homework. Thus, now Buffy won’t be playing any more games for the rest of her time at the school.

Which of course brings to question how did she allow herself to be manipulated? Also, why does TJ keep talking about how right she is? Well, all signs point to Cyrus making it slip how to manipulate Buffy. Which, with her not really blaming Cyrus, it does force her to realize he can’t keep his mouth shut. And while it would be one thing to talk to Andi about this, Buffy and TJ have a contentious relationship which makes her not feel comfortable with her name in his mouth. Thus leading to an ultimatum of either choose her or TJ. Something that immediately leads to him picking her but it isn’t that simple.

If only because, even with the quick decision, she is still hurt. 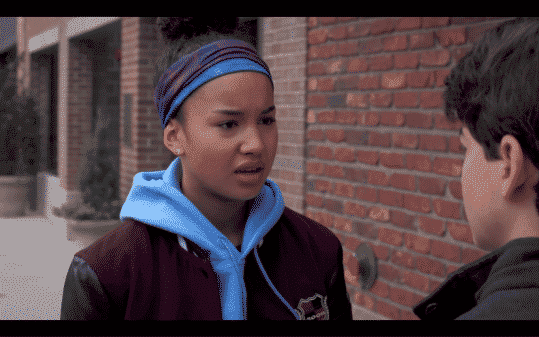 I feel bad for Cyrus in this situation. Buffy knows he didn’t do it on purpose yet now he is put between a rock and a hard place. For whether he is just being nice or has a crush on TJ, clearly there is something there Cyrus wants to nurture. Yet, being that Buffy has been around longer, he doesn’t want to drop her for something new. But, there comes the problem of her leaving.

Especially since, Andi, at this point, as much as she and Cyrus are friends, she is dating now. If it isn’t Jonah and dealing with being a third wheel and low-key pining for him, it’ll be third wheeling with Walker. And, as you can imagine, that is going to get old – quick. So having someone of his own, like TJ, makes for a good alternative when Andi has someone, maybe Jonah has someone, or they don’t want or have the time to hang out.

Because, as we have seen, Cyrus is a people person. He likes being able to invest, cheer on, and be part of some kind of community. Making it where you can kind of foresee, with Buffy leaving and not playing the role of a knot, maybe Cyrus and Andi sort of dissolving in a way. Not like in The Swap where it is kind of petty. More so, just a realization that, while they still care deeply for one another, they can’t provide the time and attention required.

Things remain a bit weird after Andi decides to return to Bex’s home. They aren’t fighting but haven’t really reached a resolution or understanding either. Especially since Bex and Bowie are still friendly and Bowie seemingly doesn’t do boundaries well – as seen by him touching Bex’s hair. Leaving even Jonah confused as to what is going on and Andi in a perpetual state of hoping that, one day, they may get their stuff together.

As for Andi and Jonah getting back together, or picking up on that conversation, it doesn’t happen. In fact, Walker calls up Andi, getting her number from who knows what and asks her out. Leading to what may be a personal perfect day for they walk, talk, and he paints with her. Which you know is a major thing since Andi hasn’t really been on a proper date, much less a date which was very considerate of what she likes and her as part of the participants.

And this leads to Jonah realizing it may not be about stepping up anymore. With him seeing the finished project, as he is on the way to Syd’s, it stops him in his tracks. Making it where, this progress he might have made towards not having panic attacks frequently, may start to unravel. 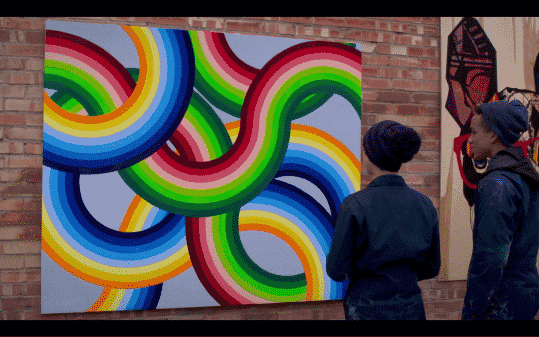 I am so pro-Walker and Andi right now that I know I’m being set up for disappointment. Primarily because they are young, Walker is too good to be true, and there has been no word if his actor will become a series regular. So between him showing up as often as Marty, who has not been forgotten, to maybe as much as TJ, you know consistency isn’t going to exist here. Never mind that I can’t foresee them giving all this depth to Jonah, trying to show he can adapt and evolve, and then make it where he doesn’t win Andi over in the long run. It would be cool if they defied expectations, but I don’t know if Andi Mack is that type of show.

But let’s bring up boundaries again. I find it interesting how Bex and Bowie don’t have that. Taking note they were spending time with their daughter and adopted son Jonah, I found their adult time which was very flirtatious kind of inappropriate. At least for Bowie since he is dating someone so touching Bex’s hair and doing stuff which seems to dance on the line a bit, is a red flag.

Not that I’m expecting drama to come from this, but you never know. One thing you have to say about Andi Mack is that it doesn’t necessarily adhere to expectations. While you can see the writers have a set journey, they present to us characters who meander as they discover themselves and how that person fits in the world. Making it where you can never really say who may do what even as we spent nearly two full seasons with them. For, while we may have spent two seasons with them, it is established they lived a full life we will never fully get a grip on so there are factors which could make things go left.