Wherever I Look
Recaps, Reviews, and So Much More
Home Movies Us and Them (Hou Lai De Wo Men) – Recap/ Review (with Spoilers)
Movies

By the end of Us and Them, you’ll be exhausted by watching such a long movie and will need a tissue for your tears and snot.

Table of Contents show
1 Summary
1.1 Other Noteworthy Facts & Moments
1.2 Question(s) Left Unanswered
1.3 Collected Quote(s) or .Gifs
2 Highlights
2.1 It’s Such A Beautiful Relationship
2.2 The Cinematography
3 Criticism
3.1 Manic Pixie Dream Girl AKA Who The Hell Is Xiao-Xiao Without Jian-Qing?
4 On The Fence
4.1 There Is A Need to Question If This Needed to Be Two Hours
5 Overall: Positive (Worth Seeing)
6 Follow Wherever I Look on Twitter, Like us on Facebook and Subscribe to the YouTube Channel.
6.1 Check Out Other Movie Reviews

It all began with a trip home during the Chinese New Year of 2007. A boy, named Jian-Qing, found the ticket a girl, Xiao-Xiao, lost on a train and this began their friendship. One in which, for years he developed a crush on her and watched her date one guy who was terrible for her after the next. Sometimes while living with him. But, despite some of the sadness which came from living and being friends with someone he has fallen for, he was happy for a long time. In fact, his father quite loved Xiao-Xiao and approved. Even to his final days.

But, alas, Xiao-Xiao may have been the love of Jian-Qing’s life but not the last.

“Happiness is not a story, misfortune is.”

“If you thought back then I couldn’t endure the tough times with you, why would you assume the I could live the good life you wanted with you now?”

It’s Such A Beautiful Relationship Xiao-Xiao and Jian-Qing present to us a 20s romance which makes you fall in love with them instantly. Especially thanks to Dongyu Zhou who is the instant draw here. You fall in love with Xiao-Xiao and Jian-Qing as a couple because you become so invested in Xiao-Xiao being happy. Which makes it where, each time she finds someone who isn’t Jian-Qing, while you recognize the frustration and how sad it is for him, at the same time you figure that he can get over it.

Which isn’t to say you won’t give a damn about Jian-Qing. It is more so that, with the movie being about him, with her playing a starring role in his life, things are a bit weird. However, the oddness of it beginning with them simply as friends, and us seeing her date a few guys, and him not dating at all, helps really build a friendship. One which seems to create the type of foundation where you can imagine them existing in a platonic way.

Thus making it so, when he makes the leap and they get together, you can tell, in the beginning, how magical and real it is for him. Also that, at this point, she isn’t choosing him as a safe bet or because she ran out of options. She is choosing this late 20 something who has dreams but no real ability to prove they will come true. Which is quite beautiful.

Particularly as we see her interact with Jian-Qing’s father who takes to her rather quickly. Even to the point, years after they broke up and he became blind, he thought, in his final years, when he touched some woman’s hand, it was Xiao-Xiao and not Jian-Qing’s wife. That may be his son and she worked things out and for a moment, you wish that was the case. Even to the point that, in 2018 when they reconnect, there is a small part of you, since we know nothing of the wife, where you kind of wish he would leave her and get with Xiao-Xiao.

Generally speaking, I don’t speak about how a film is shot for: 1. I’m not that type of media advisor and 2. my technical knowledge is a little above being a novice. However, with this film, especially the way faces are shot and how the Black and white scenes of the present are handled, I was in awe. Not only in how it captured the beauty of an actor but also the moment.

Manic Pixie Dream Girl AKA Who The Hell Is Xiao-Xiao Without Jian-Qing? 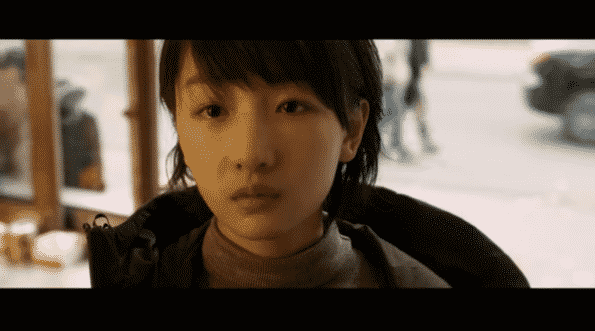 We honestly don’t get to know Xiao-Xiao that well. We never meet her parents, don’t see her with friends, she is either with Jian-Qing, his friends, or family or with a random guy we barely get to know anything about. Well, outside of why it wouldn’t and didn’t work out. Which gets frustrating because it makes it where you never feel like you get the whole person. You’re eternally stuck in the infatuation phase and unable to say if you truly like and enjoy Xiao-Xiao or just this idea of her through Jian-Qing’s eyes.

Outside of Blue is the Warmest Color, I cannot quickly recall another romance over two hours I’ve seen. With that said, there is possibly a reason for that. While you’ll love the journey of Xiao-Xiao and Jian-Qing’s romance, this is met with the fact you feel the full weight of it. I’m talking, every dull moment, fun moment, the passage of time over the years, all of it.

Now, in some cases, you’ll appreciate it for it may trigger your memories. The times you’ve had with exes, or who you were with, and you are given more than enough time to explore those feelings just as Xiao-Xiao and Jian-Qing. However, at other times, especially when Jian-Qing starts going through his, “About to hit 30 and got nothing to show for it” crisis, things drag. 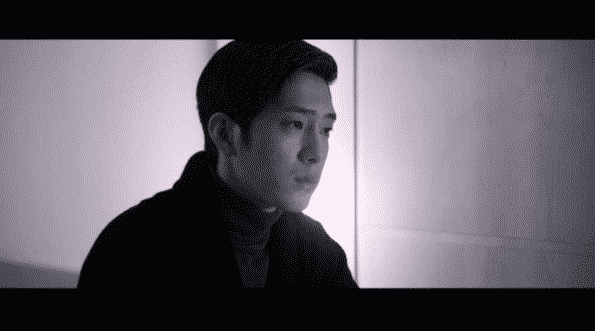 And that is when you start to notice some issues with the movie. As noted, this movie might be about Jian-Qing’s life, but Xiao-Xiao is the selling point. So when his life becomes good without her, and you get ambiguous answers about how her life is going, it brings about a sense of frustration. On top of that, being that Jian-Qing’s father is the only notable supporting character, the weight of the movie is heavily on Zhou and Jing. Which they handle well but even Zhou you may get tired of after a while.

But, I will say, when the movie is over and you know it is, it’ll still make the final moments something which will make you cry to the point of snot coming out of your nose. Despite a time length which sometimes feels a bit much, as well as Xiao-Xiao never fully evolving into a full person vs. an infatuation, Us and Them is quite enjoyable. The love between our leads feels genuine and makes you hope this isn’t their last movie together. Combine that with Zhou just being adorable in a way that, if this ever gets remade for the west, can’t be replicated and you may have a new favorite movie.

Leading to why the positive label. Taking note the time length and lack of development of Xiao-Xiao, both issues fade away in importance with time. What you’ll strongly remember is this relationship which reminds you of someone no longer in your life, for whatever reason. And those two hours will feel as much a walk down memory lane for you as the characters on screen. Making that cry I can almost guarantee in the end being like a full-fledged realization that whoever you were thinking about, they are gone and you may never see them again – for better or worse. And being able to push such a reaction is why this is labeled positive.

I viewed this movie as POSITIVE. I am in complete agreement with the style, dialogue, and subtle weaving of past/present thru the black and white to also be parallel to the lead guys’ creation of the video game. I loved the cinematography….just stunning and great ambiance to this love story. I give it 5 STARS! :)

How would you interpret the ending, while they are both seen screaming from the rooftops? are they alone (so two different places/rooftops) or are they waving and screaming to each other with joy? I wasn’t sure, was it a joy of letting go or sinking back in?