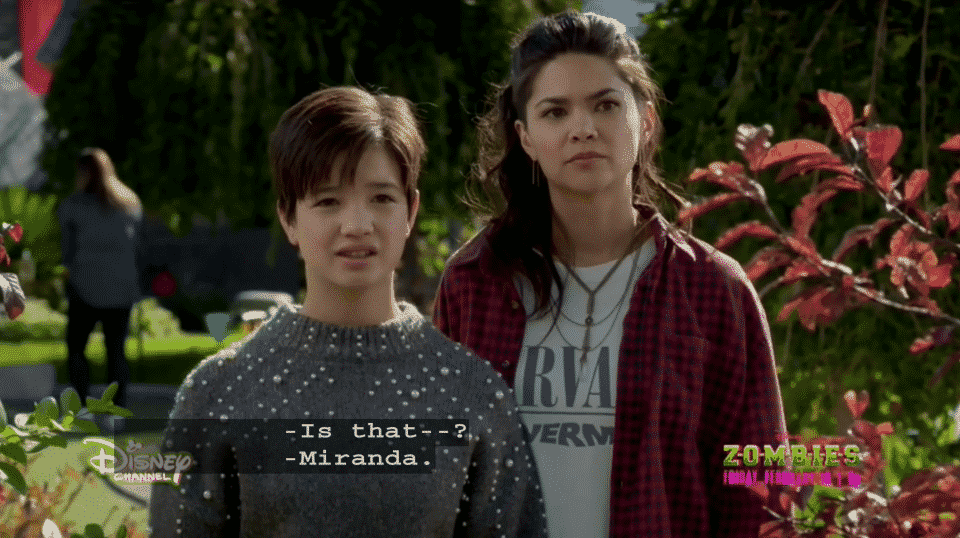 As Andi deals with Bowie dating Miranda, TJ annoys Buffy and might just end up having something with Cyrus. Though that might be wishful thinking.

Trying to keep up her end of the deal, Buffy begins tutoring TJ. Which seems like an utter waste of time. Not only because, he just doesn’t get it, but he doesn’t really try to either. He hems and haws, guesses, is late, and just is frustrating to the point Buffy fathoms he has a learning disorder. Something that TJ doesn’t appreciate for he’d rather just be considered stupid.

Dr. Metcalf, thankfully unseen, has tasked Cyrus with making a bit of a welcome video for students. The issue is, Cyrus is way better behind the camera than in front of it. Something he doesn’t figure out right away, so he gets stressed out to the point he decides to just go on the swings. That’s where he meets TJ and introduces his way of feeling better.

In fact, during this whole exchange, the two get along quite nicely. Which, with us knowing Cyrus is somewhere on the spectrum, it makes you wonder if TJ could be as well. After all, he does have “stuff” going on. So maybe he might have a more challenging path to coming out than Cyrus? You never know.

Though, as I say this, I must admit that it does make me question what I would think of these two if we weren’t made aware Cyrus is queer.

Being that Andi still has fantasies of Bowie and Bex getting back together, Miranda is a problem. Especially since Andi finds out she has a kid, that Bowie never mentioned, and he is being very paternal with her. Which is flaring some jealousy, perhaps insecurity, and surely this will not be the last episode Andi addresses how uncomfortable she is with the situation.

It is going to be very interesting to see how Bowie handles dating. Especially in terms of how Andi feels about it. Though what is really going to be something is when Bex starts dating again. If just for the sake of the compare and contrast. After all, I strongly believe Miranda knows nothing about Bowie dating Bex or him having a kid with her. Yet, arguably, I don’t think Bex would have the same ability to hide or put off anyone she is seeing, especially if they may gear towards being serious. She is Andi’s go to, they live together, and it would make hiding dating from her or whatever dude she sees, difficult.

Not to forget, Andi is not only nosey but hasn’t much of an issue in getting in grown people’s business. There may be some initial hesitation, but that gets thrown out so she can get the details and make you feel low-key bad about your decisions in life. That little manipulator. 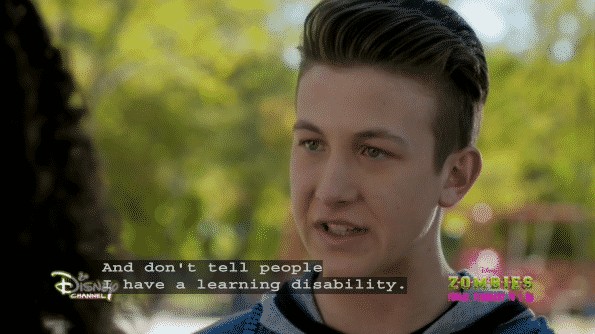 Disney, with Girl Meets World, addressed high functioning autism, specifically Asperger’s syndrome, in a way which didn’t sensationalize it and showed, with time, both the person and their community can adapt. Here is hoping if TJ is dyslexic, we get a similar handling of a very sensitive topic. For, as TJ showed, having any sort of disorder, for a lack of a better term, doesn’t really help things. For example, take note that TJ not only has issues with school but is captain of the basketball team. His teammates, or those they play against in games, learning about his dyslexia will likely lead to name calling.

Now, this is Disney so who knows if they may veer towards him getting called a retard or anything, but kids are cruel and it isn’t like TJ hasn’t been mean to people. Buffy slipping and calling him something wouldn’t be a huge shock, though she’d probably end up apologizing about it for a good few episodes thereafter. Either way, it seems while Marty is away, TJ is going to be getting all that precious screentime.

Just Because One Kid Is Queer, Does That Mean Them Getting Along With Someone May Mean They Are Too?

This is sort of a self-check, just because I’m on the fence about this idea that Cyrus can’t be friends with a guy, them get along well, and me not ship them. Which perhaps speaks to a bigger issue of how unfortunately we are programmed to believe that. Yet, look at Jonah. It has been a long time since he and Cyrus hanged out but while they both were nice to one another, there wasn’t any sort of awkward moments. Well, outside of the kind you naturally expect out of Cyrus because he is, well, Cyrus.