Alongside the Ghostwalker’s identity being revealed, and another Meth who might be involved with Laurens’ murder, we also see a familiar face.

From what it seems, Poe was really making progress. Lizzy was smiling, walking, even talking about something besides her trauma. Yet, being that Vernon doesn’t trust AI, particularly Poe, he decides to enter the VR area and mess up all of Poe’s work. Thus leading to them having some issues for Vernon is being inpatient and also destroying some of Poe’s drinking glasses. Which may not seem much to most people, but let’s not forget Poe is going for a particular vibe with his hotel. So, breaking what may seem like any old glass might be something actually really expensive. Hence why, until Vernon and Poe learn of Kristin’s condition, it seems Poe is ready to destroy Vernon like he did Dimi’s twin.

The Legend of the Ghostwalker & The Man Pulling The Strings: Dimi The Twin, Leung, Hemmingway Speaking of Dimi’s twin, we finally learn who he works with, or for, as well as the identity of the Ghostwalker. His name? Leung. His financer? A Meth named Hemmingway. Who, like most Meths we meet, it isn’t clear what exactly made him wealthy. All we know is that he is. Well, alongside having some interest in Kovacs for reasons unknown – hence him sending Dimi’s twin to retrieve him.

But as of now? Well, his focus is just maintaining the heads up arrangement he has with Captain Tanaka. Someone who is on real thing ice. But, he isn’t alone. Dimi, with him questioning the purpose of faith, and insulting Leung, seemingly is now on his hit list. Which may not be something Kovacs will be happy about considering Dimi’s latest move to upset him. As you can imagine, Kovacs does everything possible, like spending up Laurens’ money, in order to keep Kristin alive. For even though she man have renounced her Neo-C religious coding, a new sleeve wouldn’t be the same. Yet, if Kovacs wanted to, it would perhaps make him feel better when she mistakes him for Elias. Which, as you can imagine, after saving a woman, having sex with her, and falling for her, hurts. Especially with Quell, as usual, haunting Kovacs and making him feel that he has forgotten everything he learned from her. Be it verbally, physically, or emotionally.

But, despite him saving her, all she can think about is Abboud and the fact Kovacs gave her a new high tech arm. Something which becomes handy when she learns Captain Tanaka had some knowledge of what happened to her and Abboud. Also, after they used what limited knowledge Captain Tanaka has to have a short virtual meeting with Hemmingway. That is, until Dimi shows up, in Takeshi’s sleeve, and they all find themselves in within Carnage’s Fightdrome.

Why would Carnage do this? Well, for threatening his bottom line of course. Hence him letting someone like Dimi wear Kovacs’ original skin and then put him and Kristin in a fight to the death. Which, to his disappointment, and those who wanted to see Ryker meet a true death, doesn’t happen. Kristin and Kovacs kill the mutants that face them and then, after some teamwork, kill Dimi. But what ends up saving them, in the long run, is Rei who comes out of nowhere and has a whole lot of explaining to do.

The Return of Rei

It is pretty much established that our visits to the past are going to be less and less as things pick up in the future. And while Quell could very well haunt Kovacs for the rest of the series, unless they re-sleeve her, which honestly would be a cheap fan-service kind of move, she is dead and gone. Yet, we finally got someone from the more interesting times of Takeshi’s life back and her existence sort of kills the needs for flashbacks.

For we’re due for a real, no action, let’s do some rapid character development, kind of episode. So Rei being around will probably help us understand what happened after she and Takeshi left their abusive father; what happened to make him switch sides from officer to terrorist, alongside what influence she may or may not have had in that. Not to forget, it is clear that as much as Kovacs may talk about not giving a damn about anything or anyone, it is solely because the last time he did he lost everything and everyone. So with Rei alive, that egg Kristin has been tapping and cracking slowly, Rei is surely going to take a sledgehammer to him.

A New Suspect With Flair, The End of Dimi, And The Rise of Leung 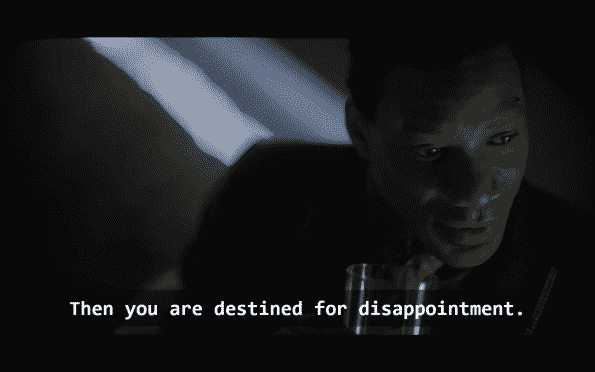 Hemmingway makes for such a better villain than Dimi – if you want to talk about characters who don’t really have some form of ambiguity. Plus, considering Laurens’ murder might be the end goal, but may stay on the backburner until the end of the season, we need someone to entertain us right? Who better than Hemmingway who fits the better parts of the show with his sort of Noir villain vibe. Someone who doesn’t have a need to be showy because you know he is powerful. Just like Leung.

A killer with some sort of religious fervor that hasn’t yet been explained, but seems integral to understanding his character. Especially in terms of how someone who seems so religious can so violently murder someone. But, as the name “Neo-Catholic” details, as well as there being specific coding based on your religion, things evolve. And with Leung making it clear he isn’t exclusive to Hemmingway, so brings the question of who else may he work for and whether we have reached the end of the line of suspects or not?

Listening to this man whine about his daughter and ignore Poe about having patience, it is honestly making me wish Poe did kill this man. Yes, he’d have to explain himself to Lizzie, but a lie could be made up. It isn’t like Kovacs would snitch. 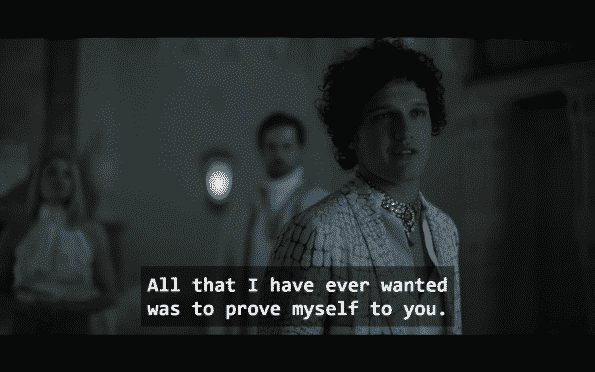 The farther into the season we get, the less reason there is to really care about Laurens, his family’s drama, and honestly even his murder. With the whole Ryker situation, Leung’s crazy behind, and now Rei, it is like anytime the show ventures far enough for you to forget the reason Kovacs was brought back, a convenient string is attached back to Laurens. But, I don’t know how much longer that could seriously work.

Particularly considering, Hemmingway is just now being introduced. He wasn’t a dinner party guest, or someone who popped up and then disappeared for a bit (though I could be wrong). Making it so, the only reason you can fathom him going after Laurens is because he believes Laurens’ company would fall apart without him. Yet, there comes the next issue. How most of these Meths made their money?

Outside of Clarissa, it isn’t clear how most anyone made their millions, billions, trillions, or beyond. So while it can be understood that Hemmingway’s goal might be to grab up Laurens’ shipping assets, or what have you, then comes the question of how? I mean, between Isaac stepping up and all these sleeves, how would any Meth really benefit from Laurens’ truth death? Especially considering the death could be covered up and no one would know! They didn’t know about Isaac masquerading as his dad. So even if they get photographic proof, how could they prove Laurens no longer exists without outing themselves?

After all, who is to say the press isn’t already bought and there wouldn’t be a media war of whether Laurens did truly die or not, all the while he is walking around.