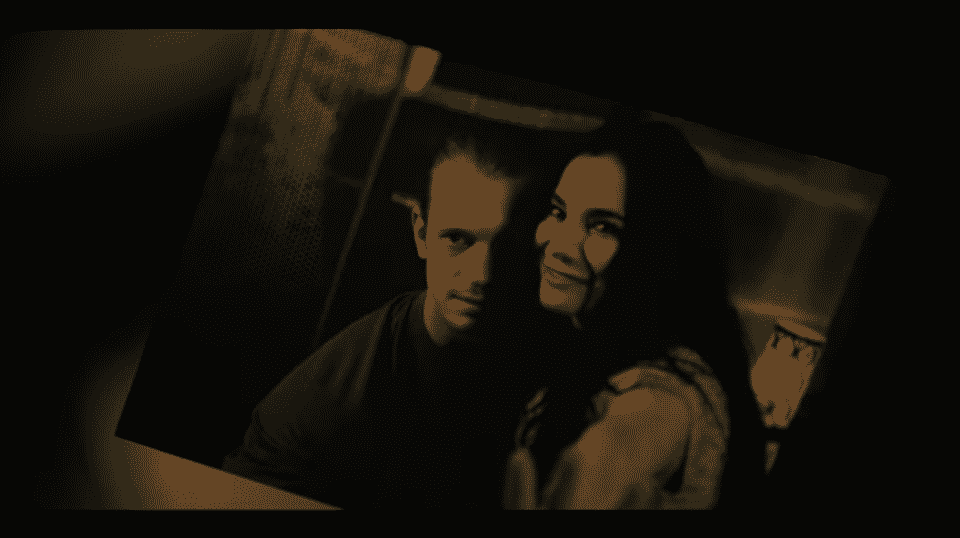 Naturally, just as the Laurens case gets traction, and Kristin is getting answers about Ryker, the worse thing possible happens.

You know why Kristin his Mary Lou’s sleeve and consciousness from her mother? Well, it is because her death was the last case Ryker worked. You see, Ryker grew up with Mary Lou and with her death came a bit of madness. The kind which led to him taking this senior systems operator into a warehouse and interrogating him. Later on, he is even accused of even murdering the guy, after Kristin showed up and gave the systems operator the chance to run.

Thus deepening his idea of it all being a conspiracy and with Kristin not giving her absolute support as Abboud and Tanaka came to arrest him, hence her guilt. That and perhaps, considering they were dating and living together, her not staying on him more and keeping him from doing something that ruined his life and her paycheck.

For, you see, after he was put away into the dark, Kristin paid the mortgage on his sleeve. That is, until Laurens outbid her, to punish her, hence Kovacs getting his body. Which, while annoying at one time for Kristin, being around Kovacs, working together, it riles up old feelings. To the point that they end up having sex.

So, collect your winnings if you said these two would have sex by episode 5.

The Many Faces of Laurens: Kovacs, Kristin, Laurens, Miriam 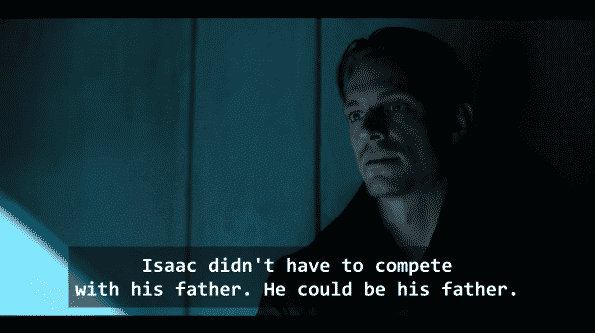 On a solo outing, Kovacs goes to visit Laurens and ends up talking to Miriam. Someone who wants Kovacs to drop the case, perhaps even the sleeve, and just live off some island she has and have sex with a bunch of her clones all day. But, this offer is only for a limited time. Something that doesn’t matter much to Kovacs since he thinks Laurens will keep his side of the deal. The only issue is, in Miriam’s mind, if you push that he killed himself, then you’ll never be free. Though, with seeing how stubborn Kovacs intends to be, she points Kovacs to the Old City.

A place where everyone is infected by a contagion bomb that went off generations ago. Thus causing these people’s descendants to be quarantined, in a terrible environment, yet strange attract the attention of Laurens. If not, at least, someone we assume is Laurens. The reason I say that is, remember the dinner party in which one of Miriam’s daughters were sleeved as her? Well, after finding a sleeve of Laurens’ in Isaac’s house, so comes the assumption that his kids might just be impersonating him.

After all, they won’t get his money if he actually dies, so the only way to use it and do as they want, get from under his thumb, is to become him and do as they please. Which, since Isaac has a sleeve right in his home, and is shown getting beat in the Fightdrome by his father, pushes the idea he might have killed him. Also, that maybe Isaac is the one who went to Osaka to close the deal. However, lest we forget, Miriam has had 21 children with Laurens.

Then, considering Laurens steps out on his marriage, who knows if he may not have a baby wandering about out there. One who may be willing to, with any of their siblings, using their vast wealth and access to education, may have planned to take out their dad, use his sleeve, and hack his backup to erase him completely. As well as make it look like an outside job which would be virtually unsolvable.

Though, before we move on, let’s not sidestep the fact that the person who seemed to be Miriam could have just been her daughter Naomi from episode 3. It isn’t like Kovacs wasn’t being tracked and the kids, considering the way Miriam talks about their relationship to Laurens, may not be conspiring against both parents. Laurens for him making them eternally dependent on him and Miriam for allowing this.

Is The Truth The Light or The Sun?: Kristin, Abboud, Kovacs 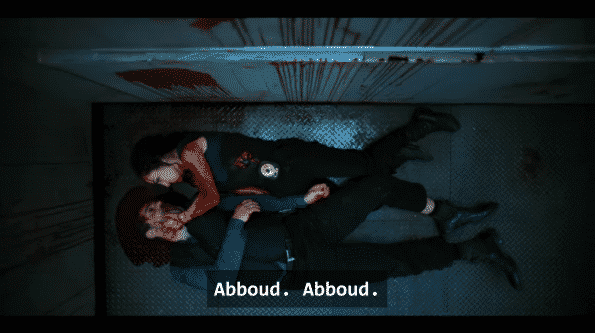 Ignorance is bliss, but also safe in many ways. Kristin knowing the truth existed, but not the absolute truth, is what has kept her alive. Inconvenienced, heartbroken, frustrated – yes, but alive. However, with calling cops to Isaac’s home after her discovering of a bio-organic 3D printer and the Laurens sleeve, she becomes the target of the “Ghostwalker.” The Asian gentleman we keep seeing around but it isn’t clear who he is, who he works for, and whether he may or may not work for a new breed of envoys.

What we do learn is that, while religious, with his faith being “The Chosen,” I believe, he is absolutely for murder. Even one which is a bit gruesome as seen by him taking chunks out of Kristin, in the police station elevator, with this odd grabby tool. Then, later on, as Dimi the Twin, in abuelita’s old sleeve, kind of loses the fight with Abboud, but Kristin is about the be executed, he sacrifices himself for her. He gets shot in the back of the neck and it is over. Meanwhile, Dimi and the Ghostwalker, who seem to know one another, make it out and Kovacs picks up and carries Kristin to somewhere she can get medical attention.

“When everyone lies, telling the truth isn’t just rebellion. It’s an act of revolution.”

“You’re saying because I cannot fix everything, I should fix nothing at all.”

Things Are Ramping Up 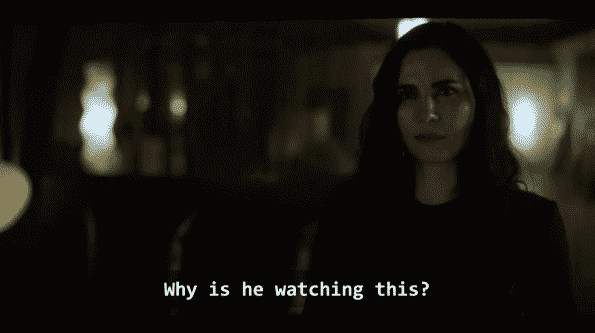 Finally there are major moves when it comes to Laurens murder, and honestly, I’ve grown used to our leads. Probably because this, I believe, is the first episode I don’t find myself seeing Takeshi, outside of him on ice, and Quell and immediately compare them to Kovacs and Kristin. Plus, talks of conspiracies and backstabbing just makes any show more interesting.

Well, to a certain point. The main issue here is, as noted many times, when it comes to who killed Laurens, it could be anyone. Then, even if you narrow it down to his kids, he has 21 of them and we only met 1. Naomi was in a sleeve of her mother so that really can’t count. And when you take into consideration Isaac had just as much access to money, or ways to gain it, as his 20 other siblings, it could very well mean they walk about the town as their father when they see fit. An idea which likely means, this show is not going to leave us without a frustrating cliffhanger on episode 10.

Yet, with the show getting better, and that sort of neo-noir/ sci-fi vibe getting better, what seemed like another Ozark, where I didn’t understand the hype, is becoming something I’m more than happy to binge. To the point, I wish I had Monday off so I could fully enjoy it and just consume.

The Ghostwalker & What They Bring To The Table

One of the many things you have to appreciate about “The Ghostwalker” is the many new ideas they bring to the table. First off, they present far more interesting technology than fancy guns or being revived in a new body. He can hide from high tech cameras of the Protectorate or even Meth technology; he is badass enough to kill two officers in a police station – despite how police brutality is; he is a religious man who isn’t Neo-Catholic, thus opening the door to learning about additional religions which exist; and he seems like a new age Envoy. Something he probably isn’t, but the possibility is very intriguing. For while it is assumed that with their deaths at Stronghold, so ended their crusade, but an idea, a revolution doesn’t die with a sleeve. It lives forever!