Wherever I Look
Recaps, Reviews, and So Much More
Home TV Series 9-1-1: Season 5/ Episode 9 “Past Is Prologue” – Recap/ Review (with Spoilers)
TV Series

Secondary characters get to step into the spotlight as Taylor and Toni, Hen’s mother, have their pasts revealed!

A Man From My Past – Clive, Toni, Hen

Just by chance, Hen comes across Clive, after he knocks himself out working on his car. She helps him, and when he comes to, he says Antonia, the name of Hen’s mother, and with few, if any, saying her mother’s full name, this piques Hen’s curiosity. So, she starts poking, prodding, digging, and trying to play matchmaker, and the result?

Well, we learn when Toni was married to Hen’s dad, before Hen was born, she had an affair with Clive, and she was going to run away with him. However, then Toni learned she was pregnant and broke things off. But, 30 years later, Clive is still interesting, and with Hen’s encouragement, it seems Toni runs away with him like she was going to years ago.

The Real Me – Taylor, Buck

In episode 7 of this season, it was hinted that Taylor doesn’t like unsolved cases as she watches television, and the reason why is revealed to us! Her father potentially killed her mother, and despite all the years that have passed, Taylor remains unsure if her dad did or not. Why? Well, because the alternative would be her mother committing suicide, and that option doesn’t sit well with her other. Which complicates Taylor’s father being up for parole and her asked to speak – all of which Buck doesn’t know about, at first.

Because of that, him not knowing, Buck gets very worried that, like his exes, Taylor is just going to up and leave him suddenly. After all, she is avoiding him and all the signs Abby and his other ex showed before they skipped town. Add in Buck feels like they live together, and she is talking about spending more time at her place and, it puts him in his feelings. Hence, when talking to the team, Buck gets told to define the relationship and communicate. Especially since Buck seems to often be on autopilot and goes with the flow without confirming what’s going on. So, he forces a conversation out of Taylor, gets her to talk about her dad and that situation, and while she said she didn’t want him to come to Oklahoma, he does anyway, and she is thankful for that. In fact, when they get back to LA, she says she loves him for that! Yes! SHE SAID SHE LOVES BUCK and, of course, he says he loves her too.

A Little Fun To Keep Things Interesting – Athena, Bobby, May

Speaking of love, to keep things exciting, Athena and Bobby seemingly like to role-play, and poor May caught them on a night where Athena was being a firefighter and Bobby seemingly helpless. But, while traumatic for May, Bobby and Athena’s desire to role-play ends up helping them to solve a cold case. One in which, because of a do-gooder, gets revived but leads to him learning his uncle was a thief and his uncle’s ex-girlfriend.

Long story short, his uncle and his uncle’s ex, who now manages the casino she stole from, took over a million dollars doing an inside job robbery, paired with a switcheroo. Bobby and Athena look into it and play out the scenarios, and while Bobby has no desire to switch over to being a cop, it does seem being a detective, with handcuffs, might be a new game for him and Athena to play. You catch enough shrapnel, and eventually, you don’t want to leave any part of yourself exposed.
— Clive

I tell other people’s stories for a living because I hate telling my own.
—Taylor

Time Dedicated To Familiar Characters Rather Than Here Today, Gone Tomorrow Ones

Taylor and Toni have been on 9-1-1 for multiple seasons, and like many other characters, we’ve seen them every once and a while, but rarely did they have lives outside of the lead character they were attached to. That changed this episode. With Toni, we learned of her life before Hen, and while, yes, you could see this as her farewell, in the open doorway Michael has, what a way to potentially go, right?

For, let’s face it, with characters being put on ice and only one new character filling up all that time up for grabs, it has to go towards more than just the new kid, right? So whether a goodbye or just a reminder she exists, we love Toni got a moment in the sunshine.

The same goes for Taylor. Little by little, she has opened up when it comes to Buck, from just being a journalist who was a potential booty call to being the first woman in a long time who made Buck feel safe? Her having something that didn’t revolve around Buck, but was her own, makes you hope and feel she may not get stuck in the loop Karen has long been in, and maybe she and Buck can have the prominence Maddy and Chimney had? 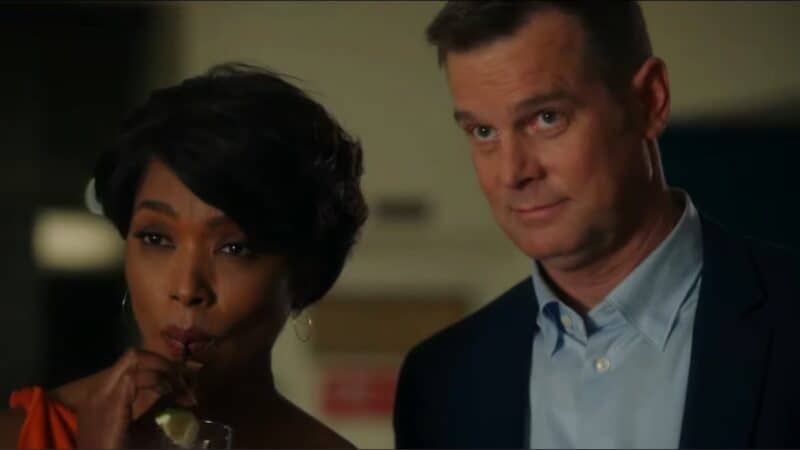 When Bobby and Athena first got together, it was a shock, and for the most part, they have often battled Hen and Karen to be the couple whose relationship was the most questionable. But, with Hen and Karen having Denny and a family, they often ended up second place compared to Athena and Bobby, who, well, have an almost roommate quality to their relationship.

Now, granted, Hen, Karen, Bobby, and Athena aren’t Eddie and Buck’s age, so they are well past being hot and heavy, but the lack of affection and chemistry between the middle age couples could easily make you grimace. If not worry if that’s what there is to expect.

So, it was appreciated that Athena and Bobby are spicing things up without the prelude of a couples counselor or someone trying to give them advice. Note: These two still seem like they are paired strictly for storyline convenience, but at least we’re finally seeing some kind of effort into making this relationship believable. 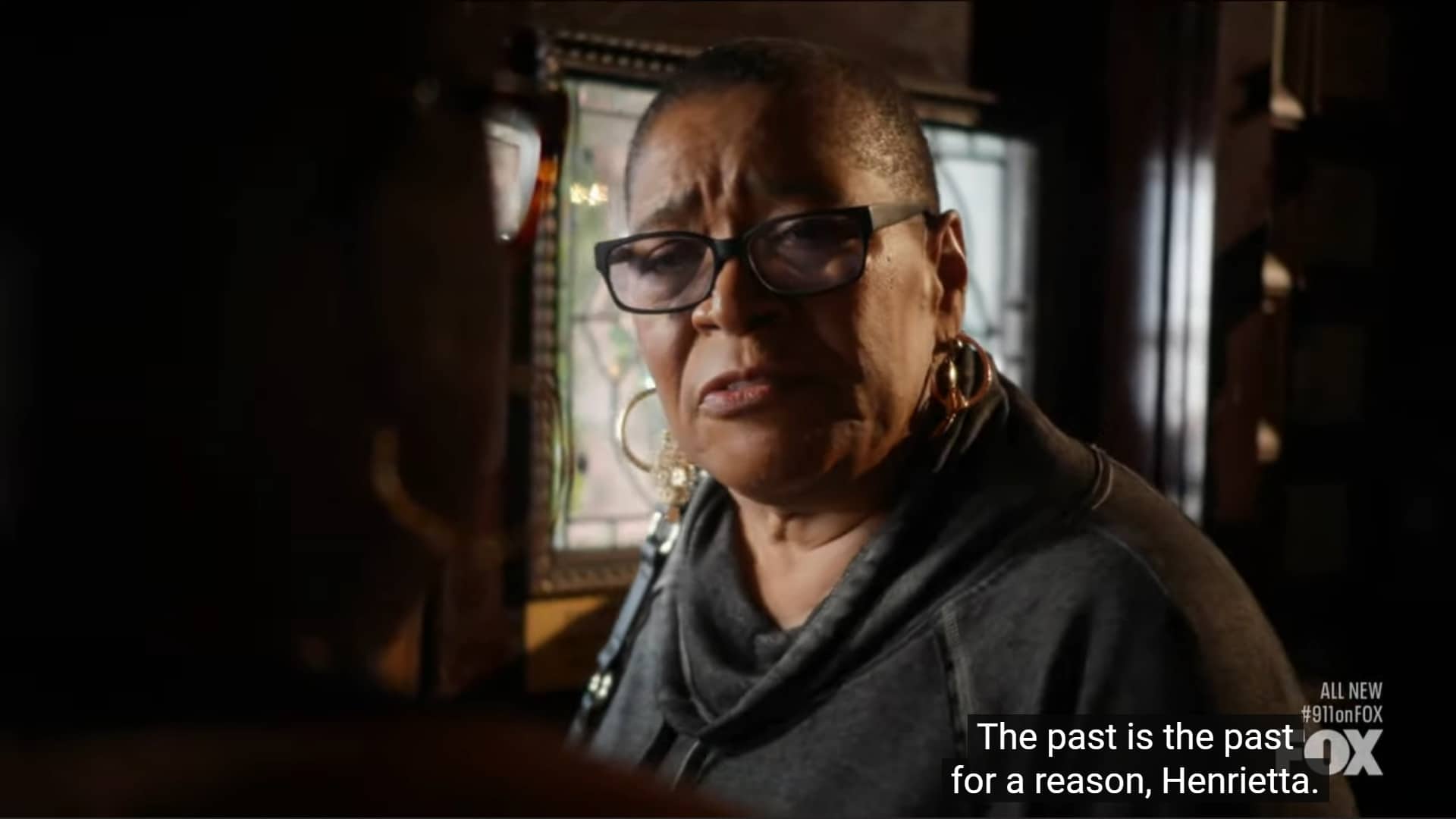 9-1-1: Season 5/ Episode 9 “Past Is Prologue” – Recap/ Review (with Spoilers)
Trajectory: Plateau
I know it is terrible to say, but I like all the pruning this show seemingly is doing. Probably because it felt bloated for so long that getting rid of a few old characters and building up many who weren't more than someone's girlfriend or momma seems nice. I don't know how much longer this pseudo-course correction may last, but I'm enjoying it.
Highlights
One Of The Rare Times Bobby and Athena Seemed Like A Couple And Not Roommates
Time Dedicated To Familiar Characters Rather Than Here Today, Gone Tomorrow Ones
Disputable
83