As many struggle with the possibility of being alone, Christopher also deals with not being able to do anything like his dad always says he can.

Give It A Second Thought: Michael, Athena

With Michael still vehemently against brain surgery, Athena feels like she is at her wits end with him. Especially after one of her cases, dealing with a woman who had a bullet to the back of the head, had a successful surgery. 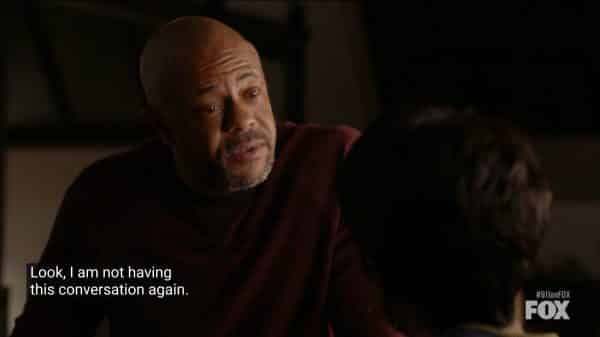 While Christopher knows he has CP and isn’t like the rest of the kids, it doesn’t really hit him until he tries to skateboard and hurts himself. With that, Eddie is forced to come up with a new means of letting his son know he can do anything, but it may take him longer than others to succeed in that.

For the most part, characters on “9-1-1” are either lonely and single, like Buck, Josh, and Eddie, or in bliss, like Maddie and Chim. But, that doesn’t mean they aren’t looking and willing to put themselves out there. Buck would like to date, but, like Josh, his hours and lifestyle make it so dating isn’t the easiest thing. And for Josh, on top of his hours and lifestyle, there is the fact he is gay.

Which for him, isn’t an issue, he is out and proud. However, he is getting older, and while not desperate, he is that phase where it would be nice to have, and so, he reactivates one of his profiles. This leads to him meeting someone who seemed nice, would talk on the phone, and be someone he’d look forward to seeing. But, unfortunately, the man, and his friend, jump and rob Josh. Leaving him beat up and not necessarily in the mindset to seek help or even report the crime.

But, on a lighter note, Christopher’s English teacher, Ms. Ana Flores, she makes Eddie all googley eyed. So while he does get on her case about letting Christopher skateboard, he later apologies, and something could bloom from there.

Josh Stepping Out Of Maddie’s Shadow, Even If It Was That Storyline

Josh has existed on “9-1-1” a long time, but we never took note of him. Like Maddie’s boss, they didn’t have a life outside Maddie so they seemed like someone who could easily be written off. You know, like any and all of Buck’s love interests. But it was nice to see him outside of work, playing poker with Maddie, Buck, and Chim, and while his storyline with getting assaulted was tragic, they have to let him bounce back from that, right? Surely they won’t have him beaten within an inch of his life and then toss him aside…

At this point, I feel like we’ll never get into Eddie as a character but, that doesn’t mean we don’t want to see him happy. If anything, we’re still, nearly two seasons since his introduction, just not comfortable at the leaps and bounds he made, and how much he gets seen compared to the season 1 originals. With that said, Ana and him seemed cute, and I would love for them to tap into what makes Eddie different from the rest. Specifically, his ethnic background and culture since it seems so infrequent we see his parents and I’d submit Christopher comes off disconnected from that part of his dad. Which I say taking note, Eddie’s mom used to watch Christopher while Eddie worked.

Having A Tough Talk With Christopher 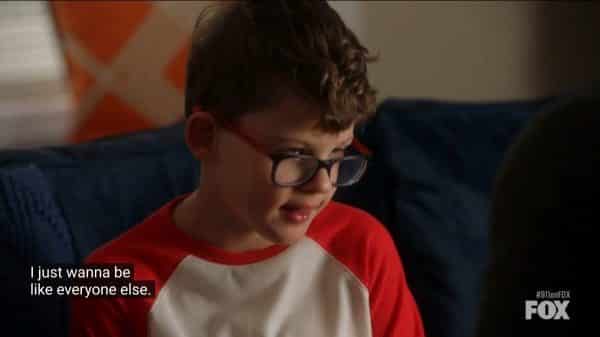 Here is the other thing which sort of bugs us about Eddie – Christopher. Don’t get us wrong, the kid is cute and having someone with CP on network TV is a big deal in terms of representation. However, take note, how much time have we gotten to spend with May or Harry since Christopher came about? May was getting bullied at one time and Harry? Well, he has existed and been someone’s son or little brother. Beyond that? Well, nothing has really been done with the character.

I don’t know how or when Michael may or may not succumb to cancer, but this dragging it out isn’t doing much for the show. Since Michael lost his love interest and got over Bobby marrying Athena, it seemed that there was no idea of what to do with him. Almost leading you to wonder if this whole cancer storyline is to gauge people’s reaction to the idea of possibly killing off the character, and would people be upset?

Having A Tough Talk With Christopher - 80%

Josh Stepping Out Of Maddie’s Shadow, Even If It Was That Storyline - 85%