Wherever I Look
Recaps, Reviews, and So Much More
Home TV Series 13 Reasons Why (Thirteen Reasons Why): Season 2/ Episode 5 “The Chalk Machine” – Recap/ Review (with Spoilers)
TV Series

As Ryan takes the stand, we learn more about his relationship with Hannah. Alongside seeing Alex and Jessica try to retain some sense of normalcy.

After Mr. Porter’s visit, it seems Mrs. Walker now has her eyes on her son. Not because she wants to believe he could be a rapist, but maybe because she had her suspicions. The kind which aren’t helped by seeing bruises on her son’s girlfriend. Though with her being a cheerleader, a valid excuse perhaps, Mrs. Walker seems to want to believe that is it.

And who knows, maybe Chloe wants to believe Bryce is a good guy too. For despite Jessica’s outburst and the rumors which have swirled, one of the key talking points this episode is loneliness. So, taking note of Bryce’s wealth, Chloe like being chosen, and the head of cheerleaders being with a jock is pretty much a high school cliché which maybe she wanted to come true, could she be in denial as well?

For while she is noted as smart, book smarts and common sense, alongside street smarts and being able to read people, aren’t one and the same. 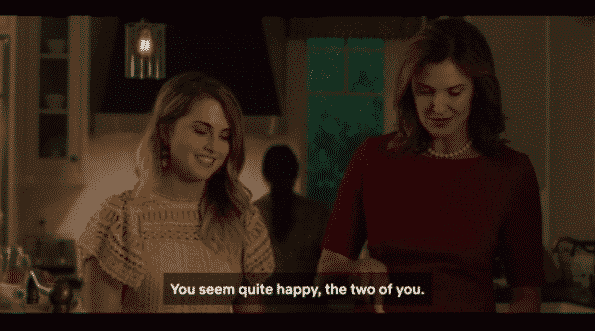 “You seem quite happy, the two of you.”

Likely those bruises came from that session Chloe and Bryce had in the last episode. But, at the same time, those are just the bruises we have seen identified. Who knows what bruises may have come in the past and with the way Chloe appears, what Bryce may or may not have done to her. That is, talking her into sex and maybe guilting her, one way or another, when she wasn’t in the mood. Because we know Bryce’s modus operandi at this point. He is just a horny guy and the girls he deals with and like are teases. So, god forbid Chloe says no. With how they make out in the library and more, it’s like she is getting set up to be seen and called a liar.

Leading to all eyes on Bryce’s dad. His talk about Chloe being loyal made me wonder what that was about. She is new so her going on trial isn’t likely to happen. So was it just in terms of loyal to him and not the family money? Could it be Nora may know something about the dad she holds because she is loyal, and the dad wants the same kind of woman for his son? Something just seems sketchy about that family.

Then for Jessica? Well, we finally see her go to group therapy and guess who she sees? Nina. Someone who also dealt with being assaulted and a lot of what Jess tries to push down and not deal with. Thus giving her a friend, if she allows her to become one, who does understand what she is going through.

And with that, it seems Jessica feels capable of sleeping in her own bed again instead of the floor of her parent’s room. Though, while stronger than before, she doesn’t deny her dad the opportunity to tuck her in. 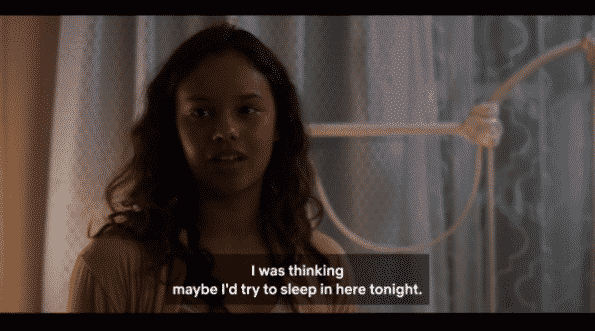 It’s interesting the way Jessica’s storyline is turning out. Not just in terms of her portrayal as a survivor, but also addressing and giving visibility to Black girls who go through what she does on a platform like this. Because, it just being out there in web series and indie movies is one thing, but this is one of Netflix’s biggest shows. So to not just have it be about Hannah and her being raped, but also these two Black girls who are struggling with dealing with it, who, in terms of Jessica, note the different take the world has because she isn’t white, is bold.

Just as much as, granted it is due to shooting himself, Alex bringing up the topic of impotence. But, like said when it comes to the whole Marcus episode, it’s kind of frustrating how the show can have multiple issues and themes in play but some being for the sake of plot and others giving a real and head on focus.

Take the whole three strike thing Tony is dealing with. Granted, he and his family seem to be into some s***, for a lack of a better way to put it. However, what led to that and addressing his circumstances isn’t really dived into. Sort of like when Justin talked to Sheri about getting him drugs. There is this subtle note about how clueless, maybe even self-centered, a lot of these white kids are when it comes to people of color, but while the show likes having a sense of realness, it isn’t trying to confront multiple fronts all at tone time.

Something that you get because with the #MeToo movement and the appalling levels of assault and even shootings over women and girls having agency, consent makes an excellent central focus. Yet, with this being an hour show, it makes you wish it would deep dive a bit more into some other topics, even if just for an episode. Jessica’s arc and Hannah’s trial aren’t going anywhere and honestly, it would be nice if every character had a life and something going on outside of their part in the trial.

I mean, look at Courtney. She has all but disappeared after her part.

During Ryan’s time with Hannah, in a way, he found a kindred spirit. Both were lonely, on the outskirts social life at Liberty and dealing with it the best they could. Ryan through his writing, being snarky, and a bit of sass, and Hannah through writing and seeking Ryan’s validation. Well, and enjoying Justin’s attention.

Which, of course, Sonya pounces on. As soon as she gets out of Ryan who some of Hannah’s poems were for, she continues painting her as a lonely, perhaps desperate for attention, girl. Really pushing you to wonder how Sonya really feels? Is this all a job for her or does she believe what she says?

Because, the more we see of Hannah being done wrong when she just wanted a connection, much less what these kids are going through, you have to wonder how Sonya feels. For while she, as noted when she spoke to Mr. Porter last, feels like these kids know what they were doing, surely she can see she is breaking them down in ways not all can easily recover from. Case in point Ryan who, unlike Tyler, unlike Courtney, unlike Jessica, doesn’t really seem to have anyone. Tony may have some sympathy for him but who really wants sympathy when what you really want is comradery, friendship, and love. 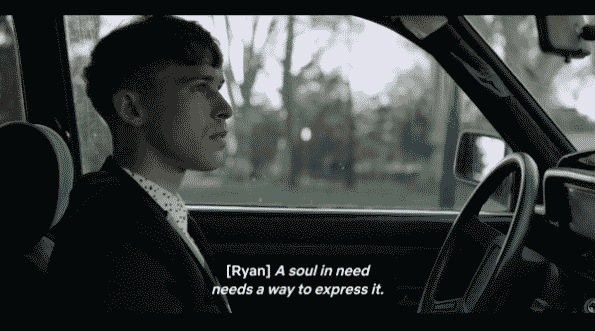 “A soul in need needs a way to express it.”

You gotta feel for Ryan in a way. With us getting his side of the story, it seems all he wanted was Hannah to lose her dependency on some guy, Justin or otherwise, validating her. Trying to make it seem her writing could be the validating factor but, good intentions don’t always lead to good results. And considering Ryan lost a friend when Hannah took her life and seeing as how he doesn’t really have friends, it’s kind of depressing.

For while he can sleuth in and out of conversation with people, and Tony may check on him, partly because he did him a favor with getting whatever Tony burned, who does he have? The gay scene seems limited and as Cyrus’ friend noted, Ryan isn’t the kind of gay guy who is quickly and easily accepted. Which, considering how snarky Ryan can be, personal responsibility, the theme which Sonya pushes, has to be considered. But if Tyler can find his people despite his past, Courtney can provide us some kind of hint she may get a girlfriend, why can’t Ryan find his happy ending at the end of the rainbow?

A soul in need needs a way to express it. Silence is never the answer. But when there’s so much going on inside you, society expects us to stay silent.