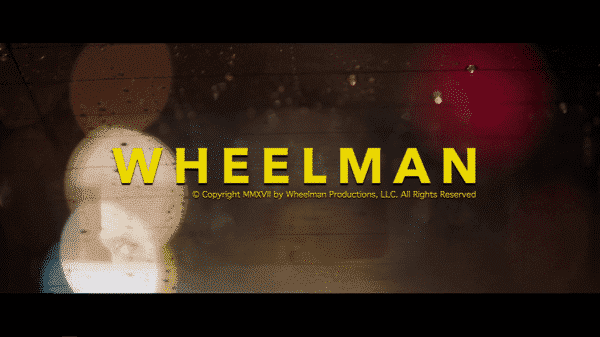 Wheelman could very well take Frank Grillo’s career to the next level as it shows how strong his charisma is.

After a few years in prison, and owing the mob a ton of money for taking care of his family while in, the Wheelman finds himself on another job. One he trusted his friend, Clay, with setting up but then Clay screws him over in hopes of a good payday. However, despite being stuck between this guy named Philly and the West End mob, Wheelman has a secret weapon – his 13-year-old daughter Katie. Someone who he may not have been there for much, but it seems the catching up he has been trying to do over the last year, since he has been out, may save his life. That is, assuming she can handle what Philly throws at them to get that $200,000+ Wheelman accidentally stole.

You don’t know the ball from the bounce.

I didn’t really know who Frank Grillo was before this movie, despite seeing his past films like Captain America: Civil War and The Purge: Anarchy. But now I feel I got a real reason to look out for him. Not since Will Smith in I Am Legend, do I remember an actor being practically on his own for most of the film and able to keep you engaged.

Well, not completely, since there are some rather boring moments in the beginning, but once the action picks up, Grillo has you with his hand behind your neck and your foreheads touching. Asking you to trust him as he takes you on a ride. One which is so good that I would have been cool with seeing this in theaters.

Kids in action movies are hit and miss. For every Chloe Moretz in Kick-Ass, there are a million and one kids who are just hostages, smart-mouthed brats, and just generally kids who make you think, “Would it be so bad to get a vasectomy/ my tubes tied?” Katie begins like that. She is this 13-year-old who is messing around with this 17-year-old guy and you just hope corporal punishment is part of her household. However, when you see the Wheelman and her together, you begin to come to like her.

Reason being, you get the vibe of them being a real father and daughter. That is, as opposed to Katie being a prop to bolster his reasoning for going to jail and making him seem like a good guy underneath the vulgarity and violence. For in the scene in which he is lying to her, trying to keep her calm and she knows he is lying, Carmichael elevates the role.

She becomes more than this ungrateful and annoying as hell kid. She goes beyond making the Wheelman some anti-hero esque family man. With what we get told, and what Katie solidifies by showing how active he had to be in her life, she becomes a true supporting actress. One who helps push the idea that the Wheelman is just an above average driver who is trying to deal with the cards handed to him. Much less, dealing with an ex-wife who is only really worth saving so that his daughter has a mom. For, at this point, she is the only thing worth making a real effort in life for.

How Did Jessica Get Away? 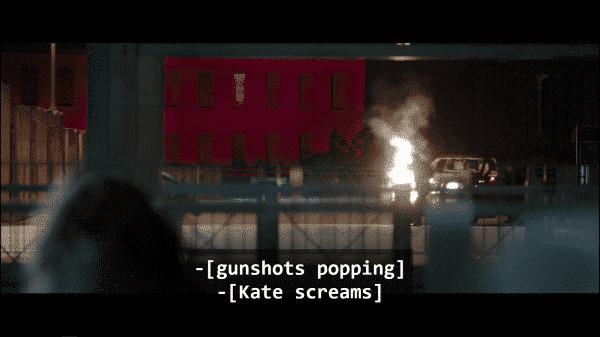 Jessica gets kidnapped as leverage for Philly and somehow, when Wheelman decides to take the money, Jessica, and run, they get separated. Mind you, the only thing slowing down Philly is a Molotov cocktail so for him to not be able to catch Jessica, or one of his men, while hunting Wheelman, didn’t make sense. I mean, the excuse is they are after him, not her, hence how she got away. However, considering Philly was trying to take on the mob, make them look weak, it has to lead you to wonder how simple was his operation if this average guy could fool him and two people could get away?

I mean, when we see the West End mob, they don’t look like some small operation easily taken out by a two men gang. Surely Philly, who didn’t seem like a complete idiot, would have more people as part of his operation. Making it so he could have gone after Wheelman as someone else went after Jessica to make her leverage, once more.

How Much Time Did Katie Get Behind The Wheel and How Did She Not End Up Shot At?

Another thing very weird about the exchange scene, and what happens thereafter, is Katie going from sounding like she barely knows how to drive a stick shift car to driving like a semi-pro. Much less her, after it is revealed she was watching the whole situation, the exchange, not getting shot at?

1/3 of the Wheelman Comes Off Boring 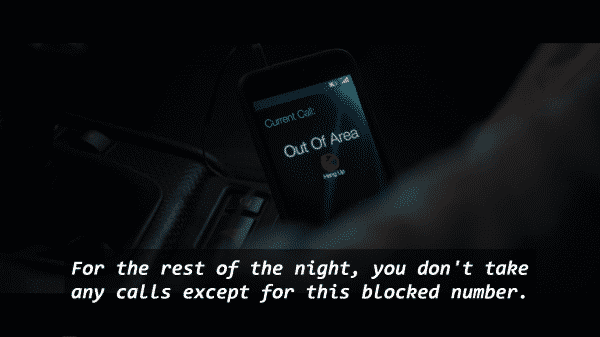 One of the major issues with Wheelman is that while Grillo is excellent and you warm up to Carmichael, everyone else is more miss than hit. Be it Wheelman being torn between the orders of Philly and the West End Mob, dealing with Clay, or even when he is arguing with Katie or Jessica. Which, for the first 36 some off minutes, is what you get. A few little thrills here and there, but mostly characters you don’t give much of a damn about.

Which, for some, I can see becoming a big issue. While Katie was able to really push the idea, for me, the Wheelman’s backstory shouldn’t be considered shoddy and shallow, I can’t say everyone may feel the same way. Much less, with the movie using GTA style, in car, cinematic camera angles, for the most part, it may take away from the action. Of which, while heads are blown off, chases happen, and guns are fired, as the high of it all wears down, doesn’t seem that impressive in retrospect. Wheelman is the type of movie that perhaps should be considered like a wood-burning oven. It takes a while to warm up but once it gets hot, it is hot. However, as the flame dies down and all that is left are ambers, nothing remains which really pushes you to want to watch it again. Yes, it does make it seem Frank Grillo certainly deserves more starring roles, but the strength of his performance doesn’t make up for the most basic story needed to drive the action. One in which you are only really driven to care about two characters while the rest are as interesting as their names on Wheelman’s phone.

But what really keeps this from being marked positive is that when you look back at the film, it loses its luster so quickly. Like the analogy of wood burning, while the ending leaves you with a bit of warmth, it quickly dies off and you realized you watched an hour and a half movie which can’t really hold a flame to most action movies. One which didn’t really have any stylish chases, didn’t have a single compelling villain, and while our hero was nice, he doesn’t push you to think he is some noteworthy hero. Much less, that he deserves another movie focused on him. He is just some nameless guy when the movie starts and he ends things with being a nameless guy we know a handful of things about. None of which craft any real sense of nostalgia for a 2nd viewing. Be it with yourself or on your recommendation to others.