The Knight Before Christmas (2019) – Summary, Review (with Spoilers)

Vanessa Hudgens further pushes the idea she is the queen of holiday movies as she potentially finds another franchise at Netflix.

In the year 1334, Sir Cole finds himself talking to an Old Crone who, despite his kindness, transports him centuries ahead from Norwich, England to 2019 Bracebridge, Ohio. Why? Well, for a quest. One which, at first, he doesn’t understand nor knows how to successfully complete. Luckily for him though, despite his centuries-old means of speaking, gestures, and mindset, a woman named Brooke Winters not only humors him but takes him in. Thus leading him to discover, as she guides him, to discover what the Old Crone had wanted him to learn. 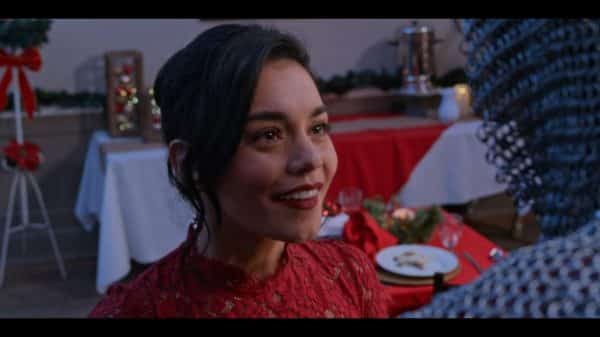 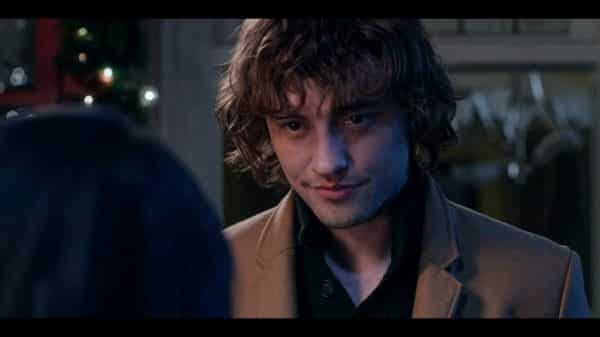 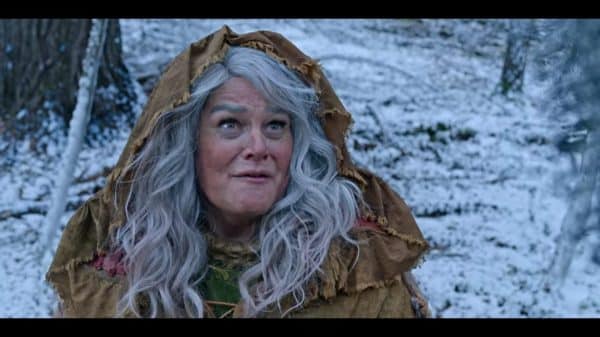 It’s (Mostly) Easy To Get Into

The sole issue with this film is the idea that a man, in 2019, can come off as weird as Cole does, originally, and a woman would take him in and for nearly a week put him up in her home. Granted, Cole is attractive, and attractive people can get away with a whole lot compared to someone average or ugly, but there is a need to suspend disbelief to a certain degree. Which, if you can, then the film is rather easy to get into.

For one, it doesn’t necessarily try to be too much of anything. It doesn’t try to overtly push being a holiday movie nor a romance. You really do feel you just got dropped into Brooke’s life, and while the gimmick of Cole being a knight from a bygone era seems a bit corny, it leads to a few chuckles. Plus, the way Whitehouse plays him, outside of when he tries to be hip, makes it so you quickly fall for the idea of him and Hudgens’ character falling in love.

Secondly, let’s be real, Vanessa Hudgens, since High School Musical, has pretty much proven herself to be someone whose lane is romantic comedies. Not to downplay her more serious work, but she does have the vibe of an actress who easily can build an entire career off of being a love interest.

Surprise! There isn’t the usual drama most couples, or couples in the making, have in The Knight Before Christmas. Meaning, Cole doesn’t do something stupid which upsets Brooke and makes her question why is she humoring someone who claims to have been knighted by King Edward III. Instead, the film makes the people real.

How so? Well, partly in cheap ways, like the usual dead parent or spouse, but also by showing one man, David, struggling with raising multiple kids, Brooke recovering from being cheated on, and Madison, Brooke’s sister, dealing with a husband, Evan, who isn’t always around to help raise their daughter Claire. Not to imply he is a bad husband or father, but, like her, he has a job which can be very time-consuming.

And it is the combination of those issues, all of which are played out to be normal and everyday issues, that you get just enough to keep this from being boring. Well, that and the leads having the kind of presence to keep you engaged.

The Knight Before Christmas Overall

I will admit, I was expecting something a bit funnier, in a corny sort of way, due to Cole being a knight from another century, but the film doesn’t play it up as much as expected. Not that it doesn’t make jokes in regards to him feeling like a fish out of water, but writer Cara J. Russell doesn’t beat you over the head.

Also, I must admit, while I did get into Cole and Brooke as a potential couple, and Whitehouse and Hudgens have chemistry, I wouldn’t say they necessarily sparked the feelings of butterflies in my stomach. Yet, that isn’t to imply, like so many films, there is this vibe the casting director’s main goal was just finding two people who could act.

Making it so the only thing which exceeded expectations was what could be considered the dramatic element. Particularly how the film handled the people the characters were related to who are dead and didn’t make their passing something which begged for sympathy or made them overly emotional. Instead, you can see how the memory created a sense of both nostalgia and a little of sadness. Yet, life moves on, and while they may keep that person in their hearts, they don’t let the past keep them from being present.

Nope, this is definitely a one and done film. For while it is likable, it doesn’t have anything to it which makes you want to watch again and again. Though I could see someone adding it to their annual Netflix holiday binge.

The Knight Before Christmas Rating: Positive (Worth Seeing)

Truly, Netflix has provided Vanessa Hudgens the ability to be more than the girl from High School Musical with what they have cast her in. I’d even say, in terms of synergy, she might currently be the one benefitting the most, outside of producers and creators, when it comes to working with the network on a long term basis. For with the addition of The Knight Before Christmas, it seems she has really found her stride in creating cute holiday films that take advantage of the vibe she gives off, and her ability to easily generate chemistry with the majority of her screen partners.

The Knight Before Christmas Ending Explained, Recapped and Spoiled 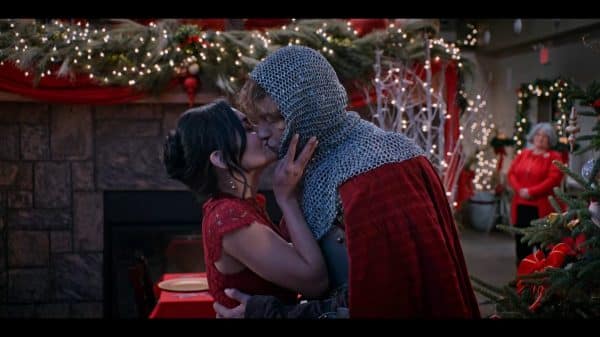 So, Sir Cole’s was sent into the future seemingly to learn about love. For when he was seemingly betrothed before, it didn’t work out. Which isn’t to say he wasn’t fond of the woman, who we don’t see and is only referenced to once, but it just wasn’t clicking for him. So, the Old Crone seemingly made his quest to find love. Something he does with Brooke but, despite what they find, he still returns to his time to see his brother, Geoffrey, knighted.

However, thanks to Brooke finding the bean in the bread that Cole made for this celebration Brooke’s parents started long ago, she wishes him back to the present.

Yes. The sequel could handle the girl Cole left behind, the fact the Old Crone interacted with Geoffrey at the end of the movie, and there is also the possibility of sending Brooke back in time. Any of these combinations could work, and taking note Cole was thinking about joining the police force, seeing him as the cop who’d rather ride his horse than using a car could lead to many comedic moments. Especially considering there isn’t necessarily a criminal element in Bracebridge, but there is this thought pushed out that not everyone is middle class and doing alright. Hence why one teenager tried to steal the purse of a golden aged woman.