Wherever I Look
Recaps, Reviews, and So Much More
Home Movies The Glass Castle – Summary/ Review (with Spoilers)
Movies

Considering Brie Larson’s Oscar win, and how The Glass Castle seemed like Oscar bait, I was surprised it was given an August release. Add in Woody Harrelson, Naomi Watts, and that “Based on a True Story” tagline, I feared we would end up with something that seemed like a polish Lifetime movie. But in the end, what we are given is something very touching. Maybe not award worthy, but notable enough to convince a film maker that between Harrelson and Larson, they would be deserving of a role which could add some metal to their homes.

Table of Contents show
1 Summary
1.1 Collected Quote(s)
1.2 Question(s) Left Unanswered
2 Highlights
2.1 A Team Effort
2.2 Woody Harrelson
3 Criticism
3.1 What About The Siblings?
3.2 What About Rose Mary?
3.3 So… About David?
4 On The Fence
4.1 Benefitting Off The Work of the Kids
5 Overall: Mixed (Divisive)

At its heart, The Glass Castle is about the relationship between Rex (Woody Harrelson) and daughter Jeannette (Brie Larson, Ella Anderson, Chandler Head). Rex is a brilliant, yet troubled, man who for quite some time meant the world to Jeannette. After all, while the 2nd oldest, her other siblings didn’t compete for their father’s attention. Making it so she had him often to herself.

With that comes those rose colored glasses of childhood coming off sooner than most would want. She can understand the flaws, recognize where the pain comes from, but it comes to a point where she realizes she can’t be enough to make him change. She can’t, her siblings well being can’t, and even his wife Rose Mary (Naomi Watts) can’t get him to change for the better.

Forcing her to cautiously accept him for who he is. Someone with such vast potential wasted and who may, in grand gestures, be remembered fondly, but only once you dig past all the avoidable nonsense he put her through.

“Talking is not trying.” Though it evolves into something I became on the fence about, you have to enjoy seeing how Jeannette’s relationship with Rex evolves over time. From him being this weird and crazy dad who gives you to the tool to fight demons and accept things you find unlovable to this alcoholic. Someone who you have been taught you should be able to rely on, yet he seems to care more about drowning his sorrows than protecting you from developing your own.

Each actress in the movie helps us understand that and surprisingly it is Anderson, almost more so than Larson, who really drives the point home.

But of course, the one who ties together all the work the actresses who play Jeannette is Woody Harrelson. Someone who you can sometimes forget is one hell of an actor. Which I say mostly because I never watched True Detective and have no interest in doing so. So, with that said, all I know him for are his movies. Of which, often he just plays weird and eccentric guys who are borderline buttholes. This can be seen in The Hunger Games, The Edge of Seventeen, Now You See Me, Triple 9 and etc.

However, with this film, he takes his eccentricities and gives them some depth. You get the vibe that Rex is laughing to keep from crying and surely drinking to forget. Of which we are given the idea of what memories he is trying to lose. Something that, while only touched on, Harrelson expands on so that as much as you get into Jeannette’s mind and want to damn him, you realize he was doing his best while dealing with his personal struggle.

A struggle which he fought hard so that maybe the relationship he didn’t have with his parents he could have with his children. One filled with happy memories, lessons which carry them on through life, and just the belief that their dad was something else. Which, based off the way the film ends, it seems his mission was accomplished.

What About The Siblings?

With this being based on a book by the still living Jeannette Wells [note]I didn’t read the book and didn’t really know it existed until I saw some reviews for this movie.[/note], who speaks from her point of view, you don’t get a truly three-dimensional picture of Rex. What you see is what Jeannette saw and what Jeannette dealt with. You don’t really get to understand how Lori (Sarah Snook, Sadie Sink, Olivia Kate Rice) felt about him, nor Brian (Josh Cara, Charlie Shotwell, Iain Armitage) and Maureen (Brigette Lundy-Paine, Shree Crooks).

Something that sort of handicaps the film, at least in my mind, because you wonder how much is Jeannette’s perception and experience with Rex the norm? Plus, being that Rex is the only consistent figure, it is hard to not desire to understand how his relationship with his oldest, his only son, or youngest daughter was. Especially the relationship he has with his son since they, unfortunately, share an experience caused by Rex’s mother Erma (Robin Bartlett). An experience which is the only real fathomable reason Rex has such an unstable life. That and being a war veteran.

What About Rose Mary? 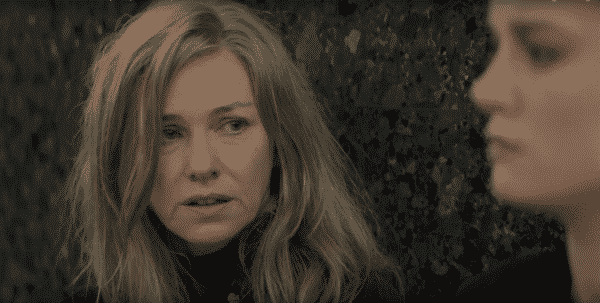 Naturally, when paired with a character that has a huge personality, it can make your appearance seem sort of hushed. Which is the problem Watts faces in this. She is but the wife in this film. One who loves this crazy man for reasons we sort of understand, like him believing in her art, but it doesn’t really go past that. Which becomes a bit of a problem when he gets violent and brings her, and their family, from being nomads to homeless. For no matter how cute they sometimes look together, there is this drive to know what is the specific things which keep her from leaving him? Especially as we learn that she wasn’t as destitute as Rex. 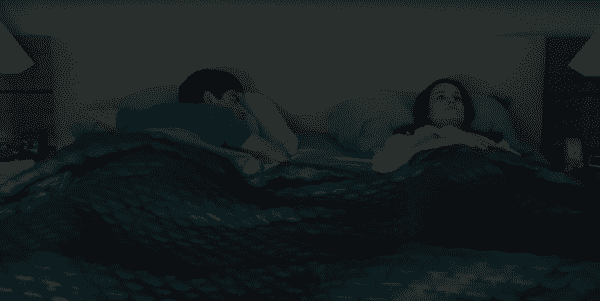 It’s established that David is part of this life Jeannette builds to become the complete opposite of her father. However, there comes a point in the film where she runs to her dad and leaves David at a business dinner. Next thing we know he is not there and while it is implied she left him, you can’t say that for sure.

Benefitting Off The Work of the Kids

While Brie Larson is the star of the film, I’d straight up argue that Ella Anderson does all the real work. Both in terms of developing Jeanette and helping Woody Harrelson craft Rex. Which sort of becomes a problem after a while because when Larson pops up, until she pursues reconciling with Rex, it is kind of a bummer. If only because then we are dealing with David and his whining alongside Rose Mary trying to convince Jeannette to talk to her father.

Making it so Ella Anderson is the only one truly engaged with Woody Harrelson and gets to truly show us every side of Rex’s character. Thus giving Larson the easy job of the teary eyed moment when Jeannette looks past Rex’s faults and sees him as a good dad. One that was certainly nuts, but definitely memorable in a few good ways. While there is a part of me which wants to say, “You got emotionally attached to the point of crying, so this should be labeled positive” I just can’t do it. If only because this film doesn’t have any sort of lasting effect. It may setup Woody Harrelson, who is in LBJ later this year, to bolster his chances for an Oscar, but that’s it. For while I praise Ella Anderson and give some props to Brie Larson for knocking down the pinks Anderson sets up, at best this is a stepping stone for Anderson and a reprieve for Larson after Free Fire.

Hence the mixed label. While an emotional journey, it feels fractures in a multitude of ways. Be it splitting the story between three age sets, everything being about Rex and everyone else’s development secondary, if thought about at all, and just this vibe that this is a sad attempt at accolade bait. Not a story which touches your heart and leaves residue behind, but something which… I don’t want to say cheaply tries to become a tear jerker. However, if you get as sentimental as I do, it does make the film out to be what Lifetime may one day put out if they decide to do more than terrible biopics which rely on controversy for ratings.

This honestly looked like some hippie bullshit to me

You’ll get a slight Captain Fantastic vibe, so I can see that.