The Cured – Recap/ Review (with Spoilers) 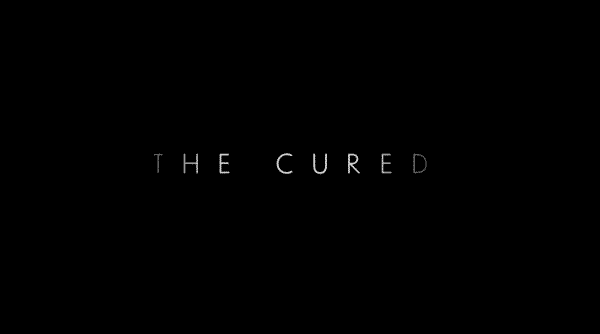 The Cured brings to question what would happen if zombies actually became cured and there was a movement to reintegrate them into society – as a subclass of humans.

It has been 4 years since the Maze Virus began and with 75% of those infected seemingly being cured, they are, in phases, allowed to reintegrate into the population. However, between having all their memories and being treated as a subclass of humans, taking on blue collar jobs, many aren’t necessarily happy about being back. One, in particular, Conor, who formerly was on his way to being an elected politician, and seemed to be in control of a hive as a zombie, is especially unhappy. His father has rejected him, he’s a cleaner, and each zombie has a parole officer. Conor’s is one named Cantor, a military officer, who adds on to the feeling of being nothing Conor is desperately trying to deal with.

But, then there is Senan. Unlike Conor, he was allowed back into his family, his sister-in-law, Abigail, and her son, Cillian‘s, life. Something that Conor is quite jealous of and because of that, he makes a point to try to have something similar if not take that family away. Though, big picture, there comes a point where Conor decides the subservient, menial tasks and life forced upon him, he will stand no more.

Using his abilities as a leader, both as a human and his zombie powers, he decides to fight not just for the rights of “The Cured” but also the 5,000 or so who weren’t cured. For with the government considering a mercy kill of them, so begins the argument of what would keep them from killing the cured? After all, it isn’t like public sentiment is in their favor.

We’re not the only killers, we’re just the ones being reminded of it.

It Has A Interesting Premise

When it comes to zombies, usually the focus is when, how, and why the outbreak happened or life during the struggle to survive. Not too often do we deal with the aftermath in terms of there being a cure or the zombie outbreak dying off. Which led to some interesting thoughts and stories of how that would be handled. After all, people don’t forget you were once gnawing at them, killed their families, and caused mass panic. On top of that, the zombies remembered what they did and the struggle to try to regain control or, in the case of Conor, letting go and going full zombie.

But also, and this was sort of the weaker but necessary part of the film, what would the cured eventually do because of experiencing systematic oppression?

Which was the weaker part of the film just because you don’t really find yourself investing too heavily into anyone. There isn’t much of a building of relationships. We don’t see Abigail and Senan really rebuild some kind of friendship or really push the idea that, after struggling with her husband’s death, it is nice she can give her son a father figure and a sense of normalcy. When it comes to Conor, as much as you can recognize his feelings of rejection and how that leads to resentment, it doesn’t transcend from recognizing to empathy.

Then, when it comes to the message of dealing with the oppressed, it’s one of those things where you get it, but the way it is handled pushes the idea it needed more time. More time for us to get it was more than just an issue for Conor, that he wasn’t just manipulating them into caring and, also take note of the trauma involved. Not just in terms of the people who lived through the outbreak and didn’t get infected, but those who are part of the cured and who simply wish to regain a sense of normalcy.

The Cured has such intriguing ideas, but the problem is none of them are really developed to their potential. Be it a zombie dealing with a form of PTSD, the idea of them reintegrating into society, dealing with family and loved ones who seemingly can’t be cured, the point of view of those who lost someone in both a rational and radical way and etc. All of this and more gets touched on but the ideas don’t fully get developed.

Hence the mixed label for while it does present an interesting spin on the zombie tale, it doesn’t take advantage of the scarcity of its topic in a highly exploited sub-genre.