Wherever I Look
Recaps, Reviews, and So Much More
Home Movies The Christmas Chronicles – Summary/ Review (with Spoilers)
Movies 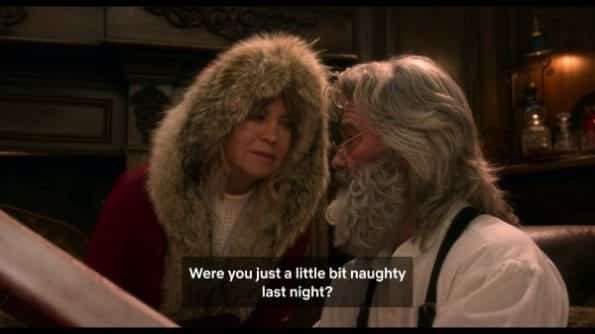 How Does The Movie End For Teddy

After helping Santa, one hour before sunrise, save Christmas, Teddy’s faith in Santa is renewed. He is even listed among the true believers of his family. But perhaps the best thing to come from that night is Santa’s gift to Teddy. What he asked for was to see his dad again, which isn’t really possible since Santa can’t raise the dead. However, in a Christmas ornament, using a bit of Christmas magic, the illusion of seeing his dad in his, Teddy’s, reflection is given. That is, alongside getting to hear his father is proud of him.

How Does The Movie End For Kate

With a whirlwind night behind her, Kate assumes she got it all on tape and now can show the world Santa exists. However, he or the elves took the tape. But, at the very least, Teddy is being nicer, even hugs her and calls her his Katie cat. Also, she gets to spend Christmas day with her family and new skateboard.

How Does The Movie End For Santa

Stealing cars, causing mayhem, going to jail, Santa had one very eventful Christmas Eve. One Mrs. Claus heard about from the elves. Yet, because she likes it when he is a little naughty, he isn’t in trouble. In fact, it is why she loves him. Leaving them, as Santa finishes up changing the True Believer book, adding Teddy into it, talking about watching a movie. Which leads to Santa pulling out the tape Kate made and offering that up.