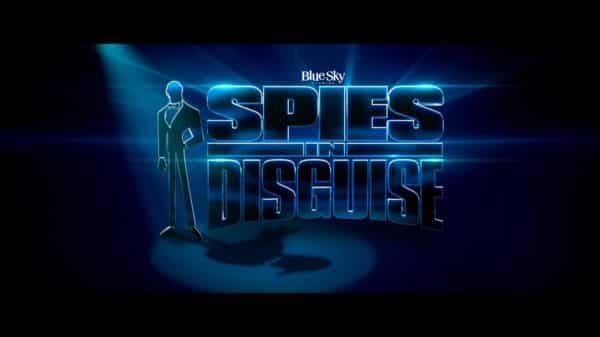 Spies In Disguise may come off like a kid’s movie, but luckily it remembers who is the person paying for the tickets.

Superspy Lance Sterling is known for being a bit destructive by his enemies, but his agency’s go-to person for when things need to get done. Walter, on the other hand, a gadget engineer, since he was a kid has been known as “the weird one.” Yet, with graduating from MIT at 15 and being notable in the fields of genetics since middle school, as weird as he may come off, he is seen as an asset.

The problem is, with having a mom for a cop and being less morally flexible compared to his peers, he prefers non-lethal weapons. Weapons which would allow for the villain, terrorist, what have you, to be taken in alive. Which, when it comes to Lance, and likely many others, they’d rather someone dead than having to deal with extraction.

However, after a case of mistaken identity, Lance finds himself forced to work with Walter and using his gadgets if he wants to clear his name and get his job back.

While we meet Walter’s mother early on in the film, the whereabouts of his father are not mentioned or downplayed. Making the base of the film a mix between Walter trying to prove himself, and obtain some sense of validation, to Lance becoming like a surrogate father figure. For as much as you could say Walter is enamored with Lance as many others are, between him sitting on his lap and the other ways he speaks to him, you can tell Walter wants a male figure in his life. Especially one that gets him like his mom did. Because there is just something about other guys, those who come off as put together in particular, giving you a seal of approval in who you are that just does something for you.

To a minor extent, similar to Tom Holland’s “Spiderman: Homecoming,” we’re given a villain who seemingly is driven more by the revenge, due to being treated as collateral damage, than greed or a desire for power. This, as an adult, seemed like a profound statement for with Lance being a spy who works in foreign countries, you can understand why him killing or handling what his agency thinks are “Bad Guys” with grenades, guns, and other items could be seen as akin to the many upheavals the US Government is responsible for.

So when it comes to Killian, who may have just been a minion who now has the finances and powers for revenge, you get a surprisingly good villain. Not one as fleshed out as I may like, but the basis of why he does what he does is far better than what we often get.

The comedy in this film ranges from the silliness of a slow-mo moment that has people get smacked in the face with things, to Walter’s pet pigeon attempting to kill someone. It’s a good mix of things made for the children, adults, and some moments made for both to enjoy. For example, the second time the audience experiences Kimura and Walter hits him with a truth serum, that scene will likely produce laughs from all demographics in the audience.

Perhaps the sole issue you could have when it comes to the film is that it doesn’t flesh out Killian more and as for Lance? He is an utter mystery. Which, when it comes to Lance, is a bit frustrating for as he pushes this need to work solo and doesn’t want additional people hurt, it makes you wonder if they cut going over his childhood, or his years before becoming a spy. Because it seems he suffered a significant loss and while he may mask that with bravado, there could be some real pain there to explore.

But with this being primarily a kids movie and not something which seeks that kind of depth, you can get why they only went deep with Walter, and everyone else keeps things at arm’s length.

I’m not going to lie, I didn’t think this was going to be as enjoyable as it was. Primarily since this film changed its release date around 3 times and with Will Smith not pumping out hits like he used to, and Tom Holland yet to prove he can lead a film not involved with Marvel, there were justifiable reasons to be hesitant. However, together they create the dynamic that makes you wish this was live-action.

There is something incredibly cute about this film, and its appeal extends to the point you can imagine, maybe even want sequels. After all, with no mention of Walter’s father, there is that gap to fill. Plus, through learning about Walter’s father, we could maybe learn more about the mysterious Lance Sterling.

If you like animated comedies, “Spies In Disguise” is definitely something for you. It has jokes that can appeal to children and adults, a message that might go over the heads of children, but adults can pick up, and while some characters could have used some development, it leaves room for a welcomed sequel.