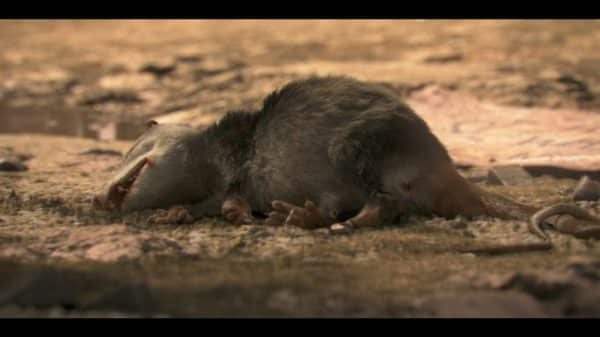 The Dump keeps up the weird vibe of the rest of the anthology but decides it wants to get a bit rustic, and not in a farm life kind of way.

Mr. Dvorchack has owned, managed, and lived in the local dump for over 20 years. It has everything he needs, and he hasn’t left it what so ever. Yet, some city slicker inspector is trying to get him and his junk to move so they can build some luxury housing. Now, Mr. Dvorchack isn’t a difficult man so he says he’ll do it, but after a stern warning on why the city’s representative may want to rethink his proposal.

It Featured The Type Of Character We Rarely See

While we’re all used to suburban or slightly urban white folk, the rural variety are a bit neglected. Especially in animation where they only exist in caricature form. So for someone like Mr. Dvorchack to exist, even if just a few steps above being stereotypical, is something worth applauding.

The Man Vs. The Average Joe

Especially since he gets one over on the man. Someone who he tried to warn yet because, like many in rural areas, he was shooed off and not taken seriously, Mr. Dvorchack forced him to realize he should have heeded his warning.

The Dump Overall: Positive (Worth Seeing) | Available on Netflix

From having a self-contained story, a character you don’t often see being the star of an animated production, especially without being an utter stereotype, The Dump is something worth seeing. Mind you, it isn’t the funniest, bloodiest, not even dirtiest of the anthology, but it does have just enough to etch out a niche for itself.