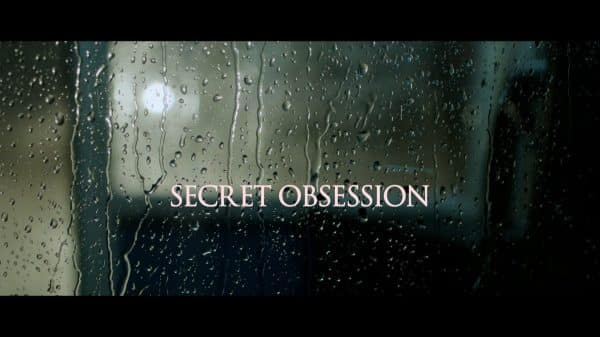 Jennifer just recently got married to a co-worker and quit her job for she planned to become a housewife. Unfortunately, there have since been complications involved with having this happy ever after. Specifically, another co-worker who has long thought Jennifer should have been his girl.

The Performances Aren’t That Bad

When it comes to Secret Obsession, I’d submit the issue isn’t so much the actors as it is the writing. For, with what we’re given, you see they could have done more. Detective Page, as an example, has this whole subplot of a missing child, be it his own or grandchild, that goes untapped but creates a decent driving force for Haysbert. Song, as a victim, doesn’t a decent job going from amnesiac to fearful captive. Then with Vogel, as Russel, if it wasn’t for the trailer, there is the slightest possibility you could be fooled into thinking that was her, Jennifer’s, actual husband.

The Hannah Situation Is Just Dropped

Detective Page’s missing daughter or granddaughter is part of his introduction, but once he gets on the case of the missing Jennifer Allen, it is no more. We don’t see him work through the loss, get any closure, or us hear that maybe she was found – dead or alive. That whole subplot just fizzles out quietly.

“Russell” Is So Basic

Are we not at the point where we should be giving nuance to all characters, even if they are the villain? Surely they can be given depth, perhaps a Joe from You type of development where, if you’re not careful, you could slip into thinking they are misunderstood? Is that a lot to ask for after men and women playing and writing characters like “Russell” for generations? 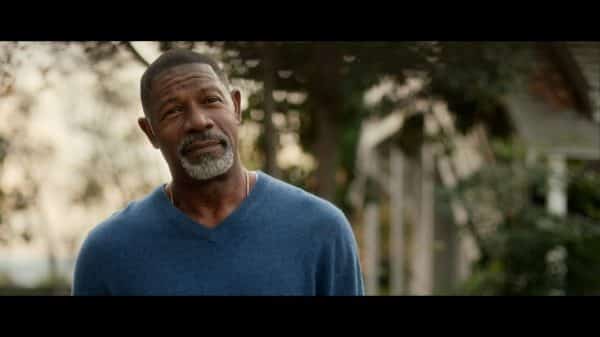 In all fairness, the trailer set this movie up to fail. It gives away the twist so that you’d have to watch this blind to fully enjoy the movie. But, taking note of seeing the trailer, I gotta say this was a very run of the mill story. One which you have to applaud for being completed, but even with sprinkles of potential in the form of Detective Page’s story, there isn’t anything special going on. Which is a shame for, again, there is potential in pushing how creepy it is that a co-worker could be watching you, falling in love with you, and you not know it.

Think about it, it could be that person you laugh and joke with when you need something, the person who hands you your coffee every morning, your boss, HR, anyone. That person, who sees you as the reason to get up and go to work, could potentially become obsessed with you and so badly want in your personal life they will forcibly remove all who would make that difficult.

The movie doesn’t truly tap into this potential fear or place a seed of paranoia.

Secret Obsession avoids the whole secret part and makes things just a bit too obvious. Which, again, is mostly the fault of whoever handled marketing for the film. However, with the film itself avoiding going beyond your generic stalker/ killer, not tapping into Detective Page’s past much, never mind the fear it could instill about the creepiness of co-workers, it wastes any and all opportunities to make the trailer spoiling everything not a big issue. Thus we’re rating this as an “Acquired Taste.”

So, we learn that the man we knew as “Russell” is actually Ryan. He was Jennifer’s co-worker who liked her from afar but never made his move. So when the real Russell pursued her and married her, he became quite upset. What didn’t help is he was there for one of their first meetings, likely their engagement party, as well as their wedding.

So, within two or so months of Jennifer and Russell marrying, and them leaving the company, Ryan decided that the only way to secure his future with Jennifer would be to get rid of everyone who would get in the way. That meant killing her parents, her husband, and there was a part of him that wanted to kill her too for not choosing him. But, with her getting amnesia, that gave him the chance to try to give them that life he has longed for.

Problem is, while Jennifer has amnesia, she isn’t stupid. Not having access to a phone or internet is an instant red flag. Her not being taken to physical therapy is another. So as she grows curious, she discovers a body, that Ryan has photoshopped pictures of them together, and the whole she bang-bang. Which Detective Page discovers too since Ryan may be noted for his intelligence, but his temper negates any real possibility he’d have to get away with what he did.

Plus, all things considered, him going into town, where people would know him as either Ryan or “Russell” was a dumb move since that made it so he could be found and identified. But, as they say, love turns people stupid. And boy was Ryan stupid. Hence Detective Page finding him, Jennifer finding ways to escape the room he locked her in – multiple times – and how she ultimately ended up killing him with Detective Page’s gun. Since, what thriller doesn’t end with the victim usually shooting their captor?

Ryan is seen dead, and after a time jump, Jennifer says she is moving. So unless she just attracts crazy men, I don’t see another situation like Ryan in her future.

The Hannah Situation Is Just Dropped - 65%

The Performances Aren’t That Bad - 80%