Susan is someone who has not dated since college, after being left by her ex, and Nick is someone who has been on nearly 1000 dates since, two years ago, being left by his ex. However, what brings these two opposites together is Nick has come to the point of wanting justice. He has tried, he has not found love, and he wants the site he used, “Love, Guaranteed” to pay the cost for acting as if, within 1000 dates, you can and should find love.

Enter Susan, whose boutique firm often does pro bono work, trying to actually make some money, and with Nick dropping a check to keep her on retainer, she finds her hand forced. But, as she realizes the case is winnable, and Nick isn’t just looking for a quick check, she comes to realize he is a good guy and the kind of person that all her work distractions have kept her from. 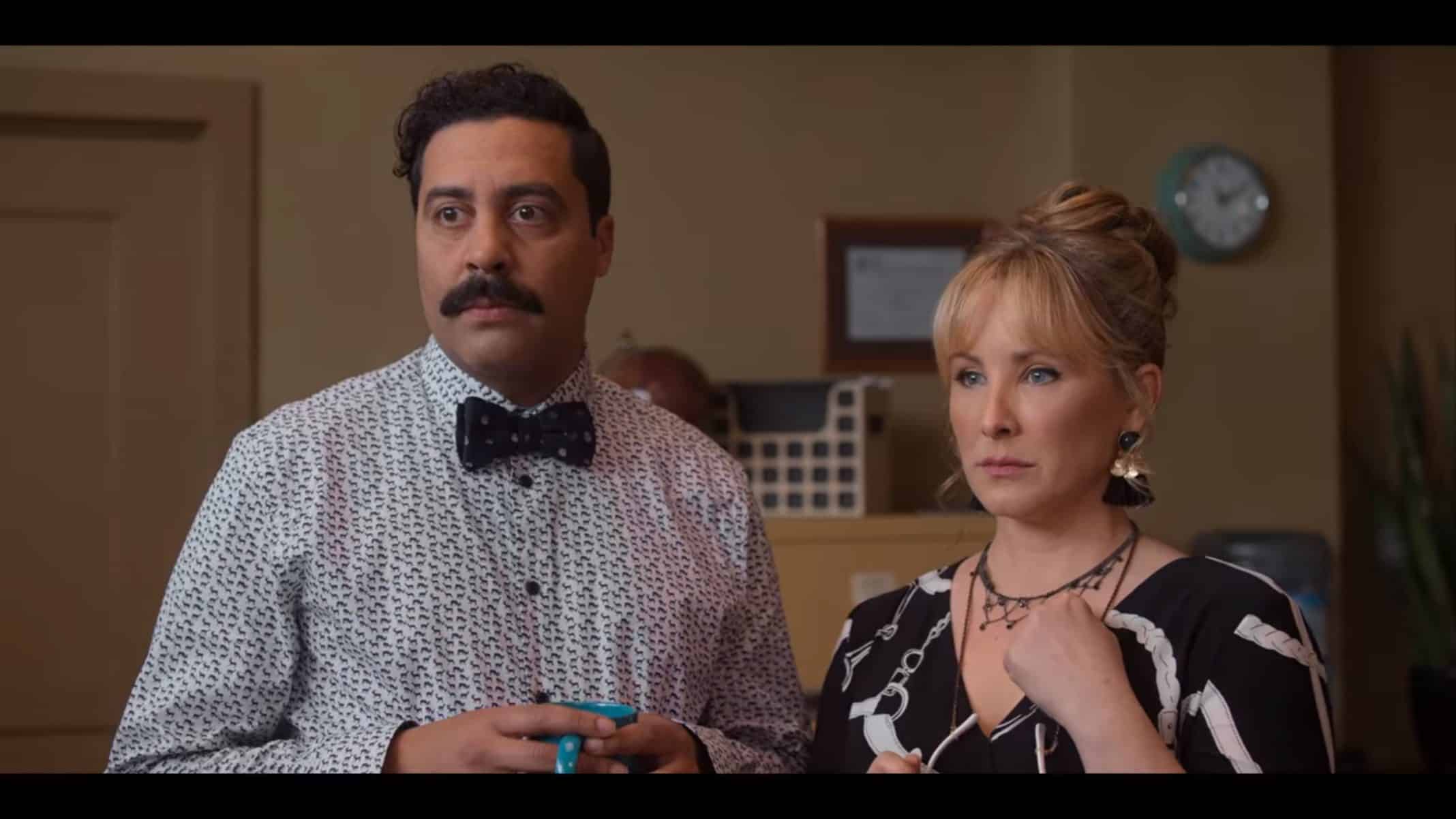 Love, Guaranteed isn’t made nor pursues being the best, your favorite or all time, or anything of the sort. It just wants to entertain you. Hence why there isn’t any real drama in the film, such as a major screw up by Susan or Nick. And while, yes, Nick’s ex shows up, she isn’t trying to stir the pot at all. Making it so the film focuses more on cracking on Susan’s lack of dating knowledge and lingo, paired with her eccentric employees, Denise and Roberto.

Bill Jones is the opposing counsel, representing “Love, Guaranteed,” which is a billion-dollar company. With that in mind, and the team of lawyers Tamara Taylor, the CEO has, you’re left questioning a few things. For one, why is the CEO going to court over a claim against her company, not her? Second, considering this is a billion, why are they not overwhelming Susan, who has two employees who, borderline, seem adequate at their jobs, but surely not such pros they can prep her for a case against a company like “Love, Guaranteed?” Also, why was Bill’s court performance so terrible? Don’t get me wrong, we adore Susan as a person, but Bill not having any real counters to make the case competitive was sad and ridiculous.

Unfortunately, Love, Guaranteed is the kind of show that thinks because both of their leads are attractive and charming on their own, that means chemistry – it doesn’t. But what doesn’t help is Love, Guaranteed has a grand gesture towards the end, but up until then, it didn’t really build things in such a way that you end up falling for these two.

Mind you, are there cute moments? Yes. Nick being there while Susan’s sister is in the hospital, giving birth, was sweet, but that forehead kiss didn’t make me think these two were meant to be together. It gave off loving your younger sibling and being proud of them vibes. There was nothing romantic there, and the whole movie just doesn’t push either one to seem like they are in a romance.

Love, Guaranteed isn’t going to make you swoon, rekindle your need for love or be thankful you are in love. The leads, while charming on their own, don’t mesh that well together. And while Susan’s attempts at dating and the zaniness of her staff help the film enough to get through to the end, it’s just not enough. For with a weak romance and the whole legal proceeding being an utter joke, and not in a funny way, Love, Guaranteed reaches the lower echelon of the divisive label. 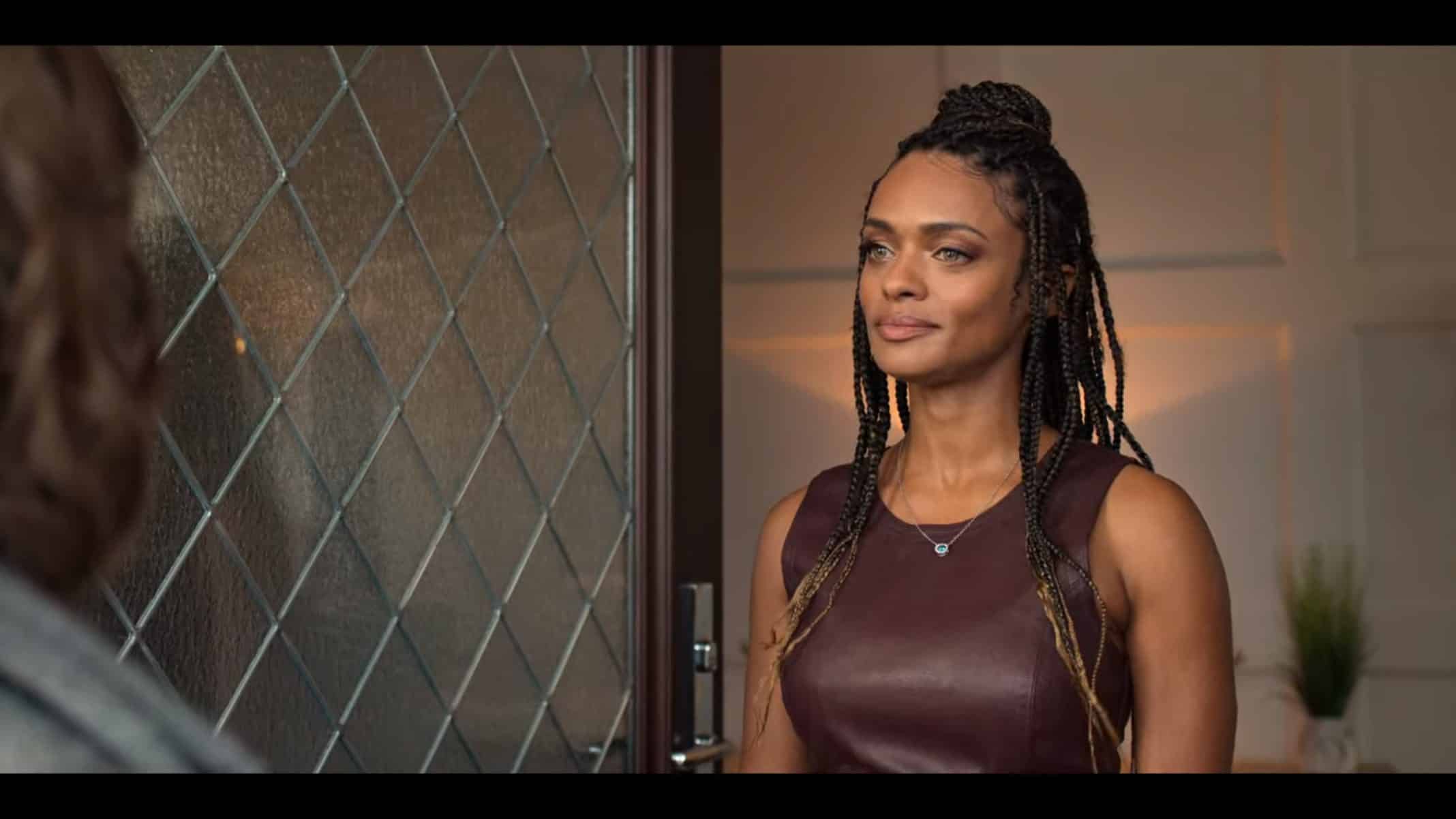 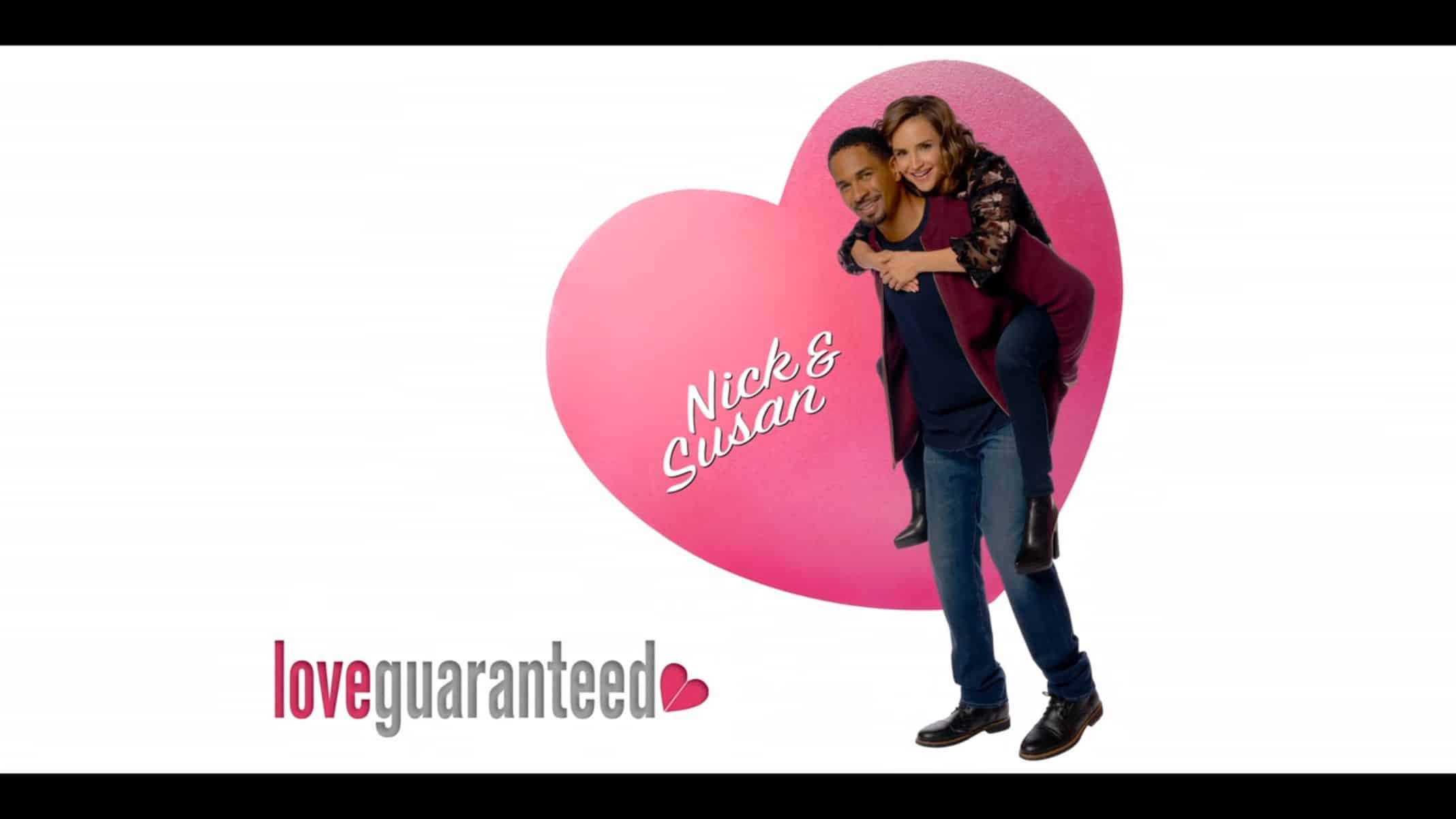 We learn the reason Nick is single is because his ex, Arianna, not only cheated on him, but had been for months, and we also learn she is going to marry that guy. So, in a way, Nick was looking for justice not just for others, but himself after being devastated. Which isn’t to say he treated any of the 1000 women he went on dates with badly, it’s just he tried but didn’t find what he was looking for.

However, it is always when you’re not looking, or not looking at a certain someone, you find what you need more so than thought what you wanted. For with her integrity, sense of right and wrong, and being utterly adorable, Nick falls for Susan who falls for him as well, despite initially thinking he was just trying to look for a quick money grab.

But, with Bill threatening to use pictures he had to show that, by technicality, “Love, Guaranteed” did bring the two together, that could kill the case. So, originally, it was agreed to keep distance. However, with multiple people, including Arianna, after taking the stand, saying Nick should be as honest as he usually is, he ends his lawsuit to perform a grand gesture which is well received.

In fact, Tamara decides, after some negotiating, to not only give $500,000 to Nick’s cause, to expand the hospital he volunteers at as a physical therapist, but make Susan and Nick the faces of her company.

Considering Denise was single, they could focus on her journey to find love. Granted, it seems she may have gotten with the guy who fasts to the point of fainting, per the credits, but beyond that, what else can be done?