Wherever I Look
Recaps, Reviews, and So Much More
Home Movies I Kill Giants – Recap/ Review (with Spoilers)
Movies

I Kill Giants will remind you of A Monster Calls, but now with our protagonist fighting the monster, while being a pompous child to everybody.

Middle school aged Barbara (Madison Wolfe) is going through a lot. When we meet her she doesn’t have friends, she isn’t necessarily close to her family, and she makes it seem she is the only one who can protect her Long Island town from destructive giants. Yet, as Barbara’s first friend in a while, Sophia (Sydney Wade), gets to know her, and Mrs. Mollé (Zoe Saldana), Barbara’s school psychologist, break through to her, it is revealed these giants are perhaps more formidable than Barbara took them for. And they’re quite deadly too. Similar, in a way, to The Great Gilly Hopkins, Barbara is the type of child that when we see her get bullied by Taylor (Rory Jackson), there is a part of you that thinks she deserves it. More than likely she said something condescending to Taylor and Taylor took it upon herself to remind Barbara she isn’t all she thinks she is. Yet, no matter what Taylor does, how Barbara’s older sister, Karen (Imogen Poots), tries to be nice or give Barbara a reality check, she remains the same.

Which, admittedly, may make you feel like cutting off this movie within about 10 to 20 minutes. I know I did. However, since I paid for it, I forced myself to finish it and came to appreciate it once I got what it was trying to portray. The reference to A Monster Calls is because what Barbara is fighting is her fears and how huge they have become to the point they are the size of giants. And, again, recognizing she is truly just a scared little girl, fighting to save what she loves, will not humanize or make her likable. It just helps you understand why she is the way she is and why people react to her as they do.

And you have to love that in a way. This child spits in people’s hands, smacks Mrs. Mollé for pushing her to go deep and does the type of stuff which could have gotten someone really hurt. Hell, which technically could and should have put her in the care of child protective services. And all of this was done to show the extremes she was willing to go to in order to cope. 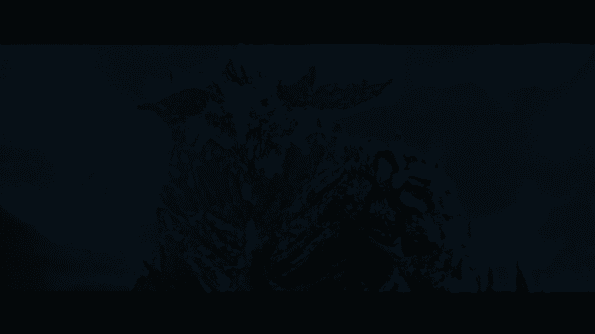 Those who saw the trailer and took that whole, “From the producers of Harry Potter

” as a sign of something epic, calm down your expectations or you’ll be disappointed. While the monster are real, and at times you’ll think maybe Barbara isn’t joking around, there aren’t some epic battles between them and her. They are entertaining enough to get the point across, such a monster avoiding her trap having a deeper meaning, as much as one battle where there is a lesson embedded in their defeat. However, there is only one battle really and it isn’t something awe-inspiring. Probably cost a pretty penny but it isn’t something which will launch director Anders Walter into being considered by Marvel to launch their newest franchise.

While Emotional, It Won’t Make You Cry

Piggybacking off the “It Doesn’t Pursue Making Barbara Likable or Redeemed” topic, as emotional as Barbara’s reasons for her actions, it isn’t going to hit you in the feelings. Even when you add what Karen is going through by trying to handle everything or Mrs. Mollé likely having the role as a medium for us, every swing for the gut is a miss. Be it because Barbara really is the type of character you just want to see Karen smack one good time or you just can’t excuse Barbara’s actions and attitude no matter what she is going through.

To put it simply, the way Wolfe performs makes it so you recognize it is a sad situation but she makes you dislike Barbara to the point your dark side will see it as karma being a b****. 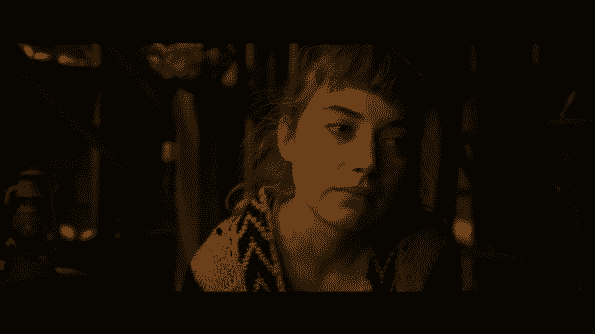 While Wolfe will certainly get under your skin to the point of hating Barbara and wanting to stop watching this movie, that acts as a double-edged sword. Getting a reaction is always a good thing but the prolonged suffering which is following Barbara’s story makes you despise her. And I do believe that when this is on Netflix, or available as part of a cable package or whatever, a lot of people may not make it past those first 20 minutes.

Hence the mixed label. While you have to applaud Wolfe’s performance, the writing has it where Barbara becomes a character you want to see bad things happen to because she is such a little s***. And who really wants to watch a nearly 2-hour movie with a character who isn’t redeemable or at least an a**hole that is funny?

I Kill Giants will remind you of A Monster Calls, but now with our protagonist fighting the monster, while being a pompous child to everybody.