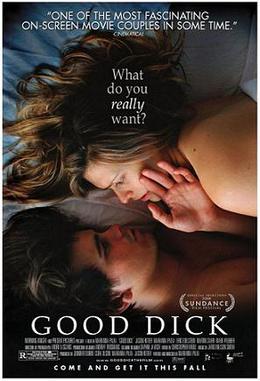 A film which pushes the idea that persistence is key, and no matter how much someone tries to directly push you away, you should just stick around.

I find it so hard to praise this film because it begins with The Man stalking The Woman, lying to her in order to get into her apartment, and him somehow winning her over due to persistence.

I’m trying to understand why, when I see this film’s poster on IMDB, it has “Joyful, romantic, and genuinely sexy!” at the top of the poster. For those words are the last ones I would ever choose for this film. The Man is your usual, “I’m a nice guy, why don’t you like me?” type of person. One who, after stalking, and lying in order to get into this woman’s life and bed, is rewarded for his persistence. Then, on top of that, for some reason, the film’s description is “A look at the relationship between a lonely introverted girl and a young video store clerk vying for her attention.” Which is so inaccurate. This film more so is about a young woman who was possibly sexually abused by her father as a child, leading to her not easily being able to trust people; having an aversion to sex, unless she is in control; and having triggers whenever she hears “dick, cock, and etc” words her father may have said when touching her.

And rather than The Man look into what maybe wrong, he either accepts her as is or is just so happy he has her company that he doesn’t care that she, on one occasion, may have reenacted with him what happened to her. Either way, this film reminds me of the criticism Twilight, and a few other romance films, have gotten over the years.

While The Man can potentially seem like a sweetheart, it is only if you forgive all the creepy things he did to get into The Woman’s life in the first place. And perhaps the most upsetting thing about this film is that it could have been cute. For if The Man didn’t sneak into The Woman’s apartment building, and lie to get into her apartment, perhaps there could have been some beautiful love story about a man falling in love with a woman, and accepting that she had been through a lot before meeting him. However, this isn’t that film. This is just another film in which a guy’s persistence wins the girl, and with him being homeless, having past issues himself, and showing himself as a potentially crazy, it puts into question whether he was seeking love, lust, or just a place to stay.