Wherever I Look
Recaps, Reviews, and So Much More
Home Movies Get Me Roger Stone – Overview/ Review (with Spoilers)
Movies

Get Me Roger Stone – Overview/ Review (with Spoilers)

In Get Me Roger Stone, Roger Stone is presented beyond the level of the Koch Brothers or any non-politician political figure you may know. For truly, the way this documentary presents him, he should be in history books.

Table of Contents show
1 Characters & Storyline
1.1 Collected Quote(s)
1.1.1 Stone’s Rules
2 Highlights
2.1 It’s Rather Unbiased
2.2 He Is Practically Painted As a Historic Figure
3 On The Fence
3.1 There Are Some Missing Details Here And There
4 Overall: Worth Seeing (Recommended)

Since the 1964 Republican National convention, Roger Stone decided, at the age of 12 that acting would no longer be his passion, but instead politics. 7 years later he is working for his hero, the man whose face is tattooed on his back: Richard Nixon. This is the ambition of the man who has found himself involved in nearly every Republican triumph, and perhaps major scandal, for the last 40 some odd years.

However, his legacy doesn’t end there. For you’ll discover Roger Stone also revolutionized American politics. Be it in terms of making lobbyist part of the political process, creating the first Super PAC, or how he changed the way ad campaigns were used to either advertise or attack his opposition. Making him honestly, and truly, someone if you have any interest in politics, someone you have to study if you want a chance in hell of survival.

“You play by the rules as they’re written. When they change the rules, you change the way you play the game.”

“The media is two things: They’re either evil or they’re lazy, or they’re both. And if you understand that, you can do whatever you want.” 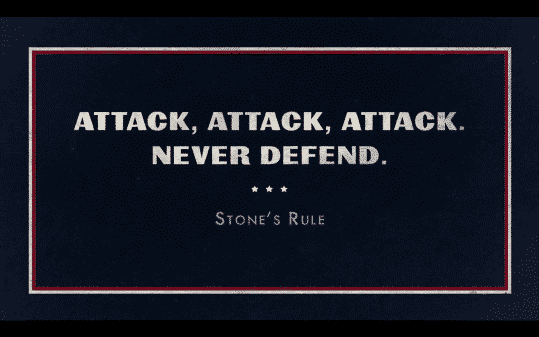 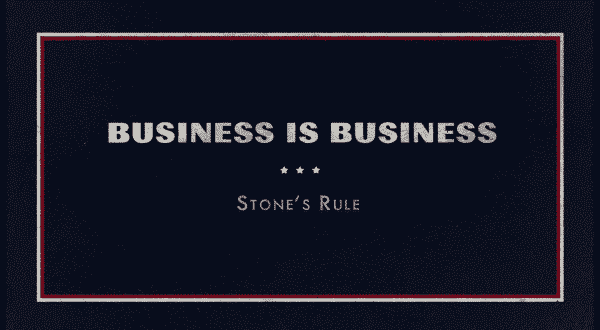 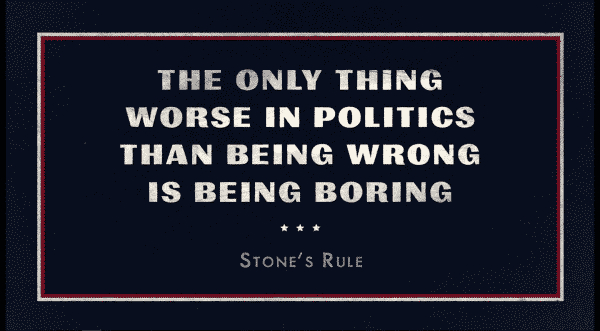 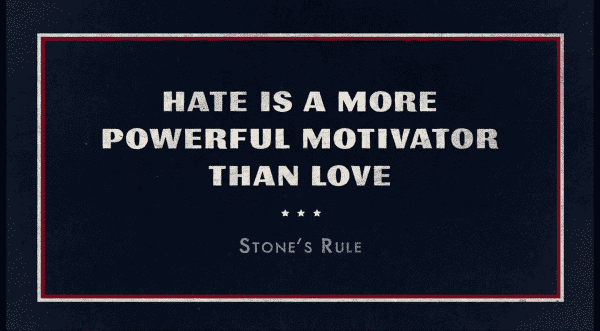 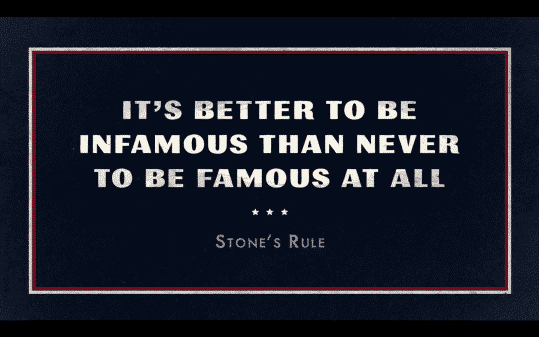 Screen cap from Get Me Roger Stone

Despite many perhaps thinking Netflix is a liberal network which caters to progressive views, Get Me Roger Stone doesn’t necessarily paint the man as a bad guy. If anything, they show him as someone who was unabashedly ambitious and perhaps one of the sharpest minds in politics. Mostly through the art of manipulation.

However, as much as you may think they are trying to paint him as a bad guy or create digs on Trump, there is this constant vibe that they aren’t editing things to make him look bad at all. They are allowing him to be unfiltered, his completely “win at all costs self,” while also showing there is this human side to him as well. Be it by showing his family, friends, or that he isn’t always on the other side of a table using one of his rules to dominate a conversation and get his candidate elected.

He Is Practically Painted As a Historic Figure

As one of the people interviewed says, Roger Stone is the Forest Gump of politics. Be it being 19 and being named in the Watergate scandal, starting NCPAC, one of the first PACs, in the 1970s, coining the term “Make America Great Again” as a campaign slogan and really completing the Republican parties turn from the party of Eisenhower to what it is now, he is one for the history books. If not, at the very least, a college government class.

I mean, just to put things in perspective, his means of doing politics is painted as the reason George Bush Jr. won in 2000, why the Republican reform party of the 90s was destroyed, how come Eliot Spitzer was taken down, how the birther movement started, and of course the rise of Trump. Someone who he has been seemingly molding since the 80s. I mean, even making sure that Republican delegates didn’t try to usurp Trump at the republican national convention is painted as his doing.

Leading to the need to repeat, he needs to be studied if you are interested in politics. For while he may be touted as a “Dirty Trickster,” as he notes, he is playing by the rules. Hence why, no matter what he has said or done, you don’t see him with a prison record. Because he is cunning, arguably charming enough, to get what he wants and you, whether a writer, hosts, or what have you, getting the benefit of name association. Since, even if Stone didn’t become an actor, he shows he has the chops for it.

There Are Some Missing Details Here And There

Be it what happened to his relationship with his first wife or why he no longer is with the lobbying firm he started, there are a few topics which seem skirted around. Partly because, so it seems, Stone wants to keep certain blemishes of his private life strictly his business. Which, while understandable, I found it weird his documentarian didn’t try to fill in the blanks.

While I don’t agree with many of Stone’s politics, I must say that if I knew someone with political ambitions, I’d tell them to watch Get Me Roger Stone. For this is essential viewing if you want to learn how to survive politics and manipulate the media. I mean, I felt like I got the first video of some kind of masterclass on campaigning in the modern age. And while, yeah, most of the methods Stone uses are dirty, but it is only because he takes full advantage of the way human beings are. We are social creatures who only need a seed planted for a thought to grow. So, people like Stone, and inspired by him, take advantage of that. Making Get Me Roger Stone a class in both defense and offense.

Hence the Worth Seeing and Recommended label. For the combination of Stone’s charisma, us getting both praise and criticism of him, in equal parts, and you getting the opportunity to really learn something makes this such a great documentary. Even if you find his methods, his associates, or even him, deplorable.