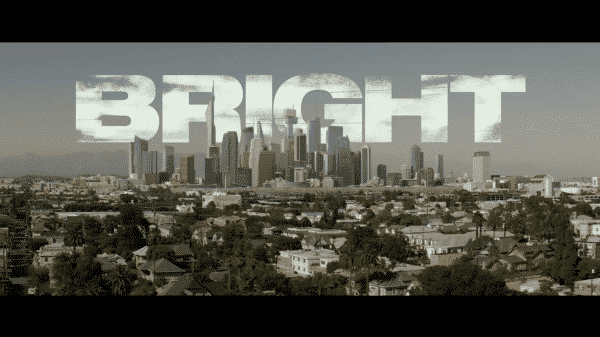 What Smith has brought to the action genre is mixed with Edgerton’s dramatic chops, making for a film which feels like a blockbuster oddly released online rather than in theaters.

In a world where mythical creatures of our world exist, everything from elves, dwarfs, centaurs, to orcs, there has been some semblance of peace. After a war, which took place 2000 years ago thanks to this being known as “The Dark Lord” there is peace. Well, perhaps the kind of peace we know of today. Peace through tolerance, some form of segregation, and a handful of progressive trying to push the idea the world can go beyond tolerance and reach acceptance.

Yet, for each species, human, orc, and Elf, the three main ones we encounter, there are gangs and magic which threaten the balance. That is what Daryl Ward and his partner, the first orc police office in the United States, Nick Jakoby encounter as street cops in Los Angeles. A simple phone call pushes them to encounter the three major gangs of the Altamira, a Spanish gang; the Fogteeth, a local orc gang; and the Inferni, an elven mob which seeks to revive the dark lord. Yet, with Nick and Daryl having the wand that this Inferni woman Leilah needs, alongside her sister Tikka, they find the whole world coming after them.

Reason being, wands and Brights, beings who can touch and use the wands without dying, are highly regulated and often destroyed. So to get your hands on a wand and play Russian roulette with the possibility of being a Bright, which is fairly common for elves but one in a million for humans (for other species it isn’t noted), is worth it. Not to sell the wand mind you, even though you could make a fortune, but to wield and possibly grant any desire you could imagine. For while there is much more to it than picking one up and then acting as a genie, it seems the Magic Task Force, and educators across the nation, have suppressed the necessary info just in case a wand falls into the wrong hands.

To be frank, while I will always stan for Will Smith and see pretty much anything he is in, like Denzel Washington, there is a type of character he plays and he sticks to that type. Over the years he has brought some more rated R appeal to that type, bringing more of his Bad Boys and Hancock persona to it but, at the end of the day, you are still seeing Will Smith. Yet, in this film, something sort of changes. Not in terms of Will Smith character but he isn’t pushed to be the star really.

Instead, he becomes a strong supporting character and helps us understand Joel Edgerton’s character, Nick. Someone who is an unblooded orc, with his teeth filed down to be less threatening, and who has dreamed of being a cop since he was a little kid. Edgerton presents that to us and brings about that same sort of quiet, yet still emotional, performance which reminds you of why Loving was such a good movie.

To put it simply, similar to how Tyler Perry formerly casted noteworthy Black actresses to legitimize his films and bring them to another level, that is what Edgerton does. He brings what could just be another good Will Smith action movie and takes the reigns to present us with one which has some kind of emotion. One beyond using death as a means to pull on its audience’s heartstrings but really utilizing the common desire to see the underdog, the disenfranchised, come out on top in the end.

The Foundations of a Culture 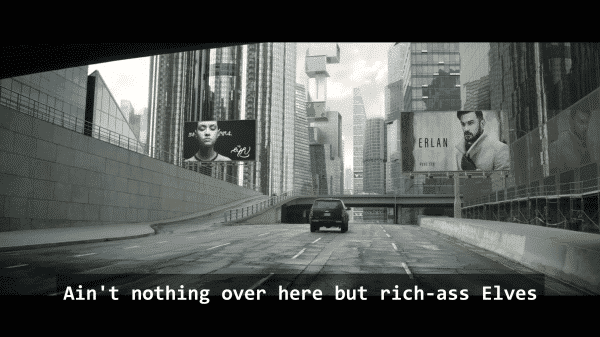 It seems safe to assume that the mythical creatures of this world are following generic rules and history when it comes to their backgrounds. Faeries are tiny, little evil things; Orcs are linebacker-sized and amusingly are noted to be the majority of the NFL; and humans are, well humans. Somehow, someway, despite every disadvantage, they have found a way to maintain some sort of seat of power.

And, as can be seen in our world, they have kept this power through various means. Whether it is segregation of the Elves so they can live this high society life, or by acting as oppressors to the orcs so that, outside of becoming an entertainment figure, even something as simple as being a cop is more of a dream than an attainable goal. In many ways, while we don’t get to know how this world got to be the way it is, anyone just familiar with American history, outside of what is taught in a middle school textbook, can get the idea.

There Isn’t Any Focus On Love Interest and For A Mixed Gender Action Film, They Weren’t Given Eye-Roll Inducing Rolls 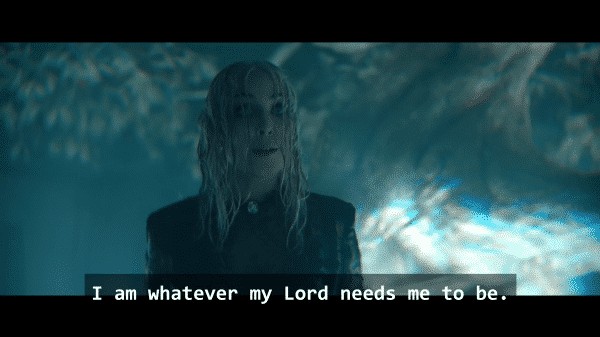 To some surprise, though Ward is married, his wife is barely in the film and when it comes to Jakoby, his life is being a cop. Making for the surprising omission of a love interest. But, that doesn’t mean this is just a male-dominated film. From captains to our villain, even one of Ward and Jakoby’s allies, Tikka, there are women in the film. I will admit, they barely have any speaking parts, but they do get to be more bad ass than most women in action films and by no means are made into something sexy for male or homoerotic reasons.

Taking note of the cops, I’m pretty sure the leadership was all or mostly female on screen. Then when it came to the Inferni, we don’t see any Altamira or Fogteeth female gang members, they kicked ass. Leilah and one of her female associates, they took out wraths of SWAT team members. They were allowed to seem like credible villains and while they don’t reach Hela, from Thor: Ragnarok heights, they are still much more credible than you thought they’d be.

The Story is Very Basic

Let me tell you right now, like the majority of action films, there is only just enough story, and maybe character development as well, to justify past and future action scenes. Yes, Ward and Jakoby grow closer, but the film only really takes place over the course of a little more than 24 hours. So, naturally, even with them going from one gunfight after another, it doesn’t mean they suddenly are best friends. We clearly are just as the beginning of a longer story and the only thing that mattered here was setting the foundation for later things.

You Could Tell This Was Made To Only Be The Beginning Bright screams trilogy. With us only getting the basics of what LA looks like with all these mythical creatures, and a story dealing with a prophecy, that remains unfulfilled by the movie’s end, you know sequels have to be planned. On top of that, as great as Leilah is, considering how things end for her, she doesn’t seem like someone at the top of the Inferni ladder. If anything, she is just a talented foot soldier. Plus, with how often the Dark Lord is talked about, you know sooner or later he has to be arisen, mankind and the rest must put their differences together, and rebuke him to the nothingness once more. I for the life of me cannot understand the major hate critics have for this. Were they really expecting an action movie to present poignant social commentary? Was this some belief that Netflix which, despite being a fairly big player in media, was going to rewrite the book on fantasy characters interaction with humans? I’ll admit, preconceived notions and hype has many times influenced my thoughts on a movie, but saying this is “one of the worse films of the year” sounds like someone paid them to say that vs. them legitimately feel that way.

Leading to why this is being labeled positive: The main issue of Bright is solely that it wasn’t made to be a stand-alone film that fans could and would push towards a sequel. From the start, it is made to be a trilogy and due to that, you feel like you are just being given the basic things you need to become invested. Of which, thanks to Smith still keeping up his star-making charisma, and Edgerton giving the film heart, unless you are of a similar ilk to these critics who seem jaded, you’ll probably enjoy Bright. Probably will wish it was in theaters or your home theater setup was better, but you’ll still enjoy it.