Home Movies Ariana Grande’s Excuse Me, I Love You – Summary/ Review (with Spoilers)
MoviesPositive (Worth Seeing)

Ariana Grande’s Excuse Me, I Love You – Summary/ Review (with Spoilers)

Ariana Grande’s Excuse Me, I Love You may not be a classic concert film, but for those who miss seeing live performances, it’ll give you what you need.

The majority of the film focuses on Grande’s Sweetener tour, specifically the London dates, with minor behind the scenes features that present members of her crew, dance team, and the prep for her various hit songs.

How Much Choreography She Does, In Heels, While Singing Live

Is Grande breaking it down like Beyoncé or flying about like P!nk? No. However, in those huge ass heels, with a decent amount of agility, she moves on stage, does choreography that you just can’t pick up and master in a day, and you have to respect that. Especially since she doesn’t necessarily have to.

Take note, Mariah Carey and Adele, two powerful vocalists, show up, maybe move around a bit, but they aren’t trying to keep up with their dancers at all. Yet, Arianna does and never sounds out of breath or comes off like she is doing too much. She simply shows that she is a young woman of multiple talents, and one of them is dancing in heels and singing live in the process.

Though, when she isn’t moving about, those might be some of her best songs. When there aren’t dancers almost moving about like a distraction, this strange screen in the background, and a bunch of other theatrics.

The prime example of this is when she sings Tattooed Heart, which was reminiscent of her American Music Awards performance many years ago. At that moment, you are reminded that the dancing, bouncing around in heels, that does help her stand out, but at the end of the day, it is the voice and lyrics, and the other stuff is just for fun.

If You Follow Arianna Grande on Instagram Or Keep Up With News About Her, Barely Any Of The Behind the Scenes Stuff Feels Special

Social media and the 24/7 news cycle has made not only biopics seem like a strange idea for any one of the modern generation but has made concert films feel less special. For us, even before Beyoncé, we remember the Madonna concert films and how it felt like you were truly getting to know Madonna, understand why musicians so often married dancers, and it felt intimate. In Excuse Me, I Love You, nothing special really happens. 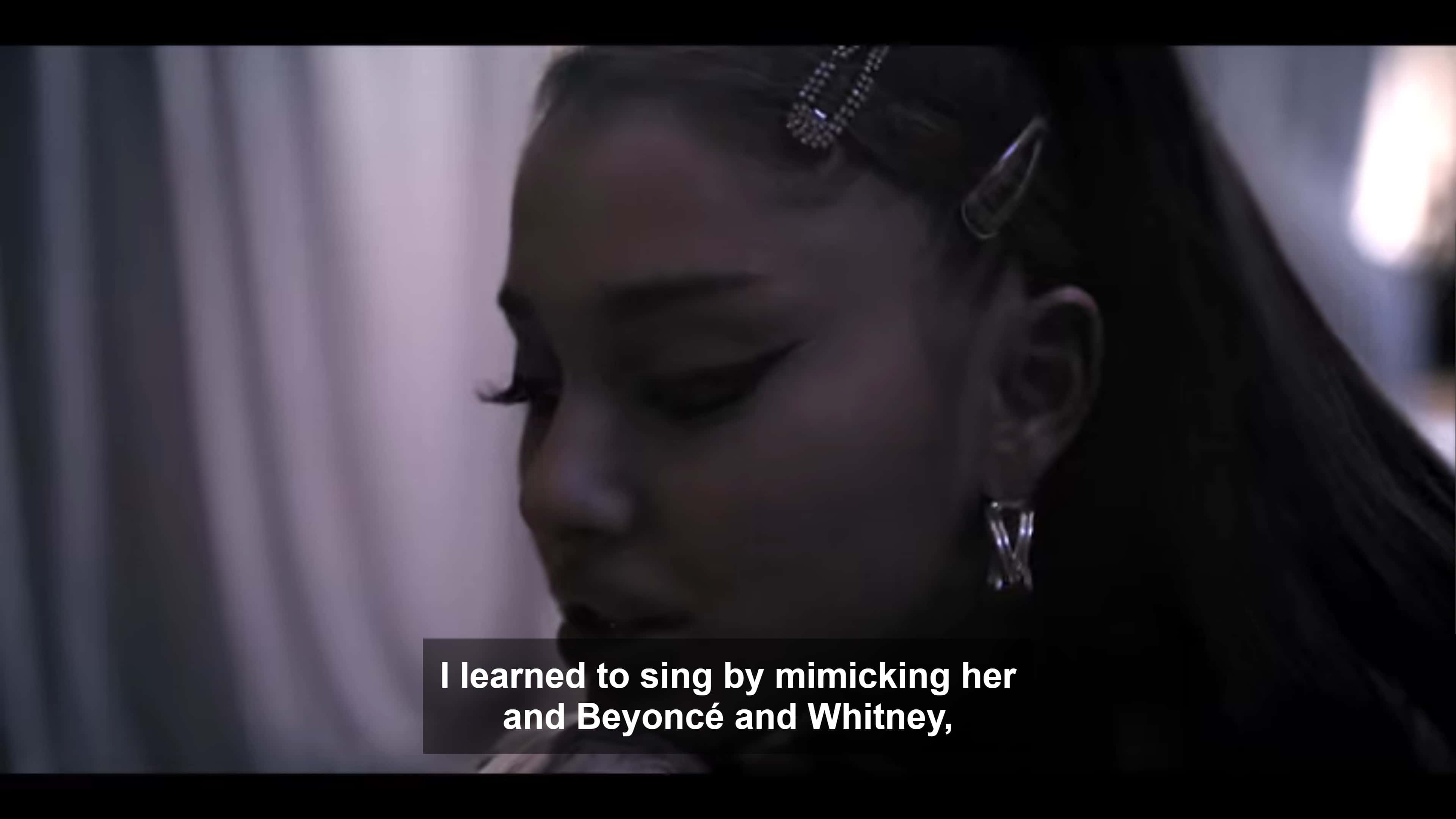 Yes, we do get to see her do her number for Mariah Carey’s “All I Want For Christmas Is You,” but Mariah doesn’t talk to her. Grande is just shocked she was personally asked for. Beyond that, we get stories from what happened on the road, which are tame and feel like IG stories repurposed.

If a fan of Grande, this makes a nice early Christmas gift to yourself. But, if you aren’t, and you already know her music, nothing about Excuse Me, I Love You will change how you feel. It isn’t about her recovery from trauma, her whirlwind relationship, nothing like that. All the film is, is a few concerts made into one cohesive production and spare behind the scenes footage that adds very little value.

Yet, despite this paling in comparison to other concert films, if you are a fan and you have time, it is worth seeing.

How Much Choreography She Does, In Heels, While Singing Live - 83%

If You Follow Arianna Grande on Instagram Or Keep Up With News About Her, Barely Any Of The Behind the Scenes Stuff Feels Special - 73%

despite this paling in comparison to other concert films, if you are a fan and you have time, it is worth seeing.