The Watsons Go to Birmingham – Overview/ Review (with Spoilers) 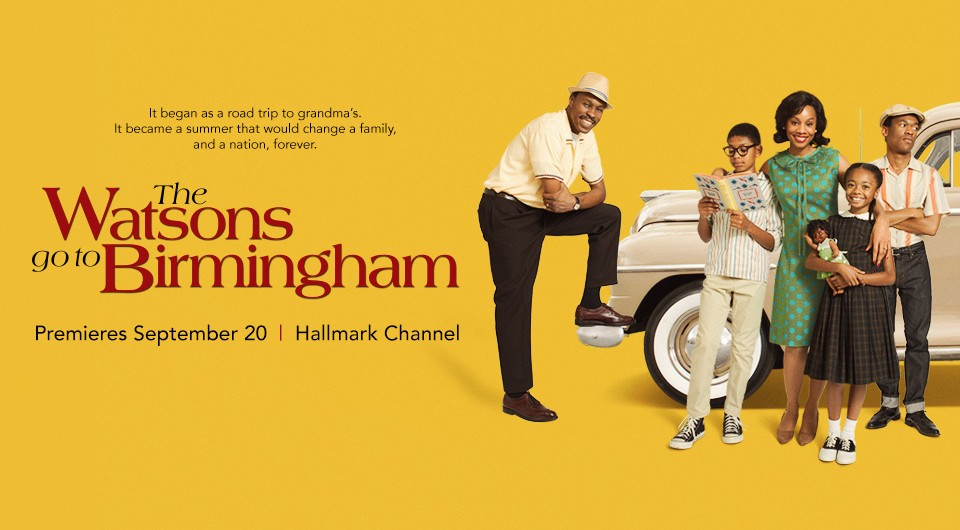 The Watsons Go To Birmingham is a book, I believe, I had to read sometime in Middle School. Unfortunately I don’t remember one bit of it, but if this film don’t do it justice, than I doubt any other would. For, we have the established Anika Noni Rose and Wood Harris playing the parents, the young Mr. Bryce C. Jenkins who was in Easy A, Skai Jackson who seems to be a Disney child, and Mr. Harrison Knight who maybe someone to be considered up and coming. There is also David Alan Grier, who slightly redeems himself after Peeples, and LaTanya Richardson, who may probably be easier identified as Samuel L. Jackson’s wife, but has quite a few movies under her belt which make you wonder “which one was she?”

Now, for those who haven’t read the book, or are like me and forgot it after you did your book report/ test, the Watson family is pretty much prim and proper. Wilona (Anika Noni Rose) is an old-school housewife; Daniel (Wood Harris) is the father figure; Joetta, or Joey, (Skai Jackson) is the cute little youngest child who is all sweet and innocent; then you got the boys with Kenny (Bryce C. Jenkins) who is the middle child and sort of nerdy, and sometimes used as the example Negro; and then there is Bryon (Harrison Knight) who is that random spoiled apple who seems like the black sheep of the family.

As for the story, we first get settled with the Watsons before we even see Birmingham and they establish why they want to go: Because it is cold as hell in Flint, Michigan, even in springtime. So, between Bryon having issues at home and school, Daniel getting time off, and Wilona missing her mother, they take a 15 hour drive to Birmingham, Alabama during the time the civil rights movement is going on. From there, you watch as the kids learn why their parents migrated north, and get a lot of intermix between real events and the occasional reenactment. Including a few moments which give you a little scare.

Movies like these make me wonder what is the purpose of B.E.T anymore? Lifetime has probably created more, and better, TV movies in the last year or so, featuring Black people in lead roles, than B.E.T. has made, possibly since being sold to Viacom in the early 00s. This film, had me laughing, crying at some points, and even David Alan Grier looked good and, outside of Blankman and In Living Color, it is hard to find a production he is in which will lead to him deserving a compliment. That aside, I really do feel this, though not hard-hitting and overly serious, has probably became one of my favorite films to feature the Civil Rights Era as some sort of plot device. I sort of wish it existed back when I was in Middle School, and I only say sort of because likely many of the actors wouldn’t have been born or even maybe available to play their roles back when I was in Middle School.

When it comes to negative aspects though, I would assume only a person who remembers the book could find something. Taking note this is a TV movie sort of lightens up your expectations a bit, and though the film never makes you think “why didn’t they release this in theaters?” it never is to the point where you think “I can see why this is a TV movie” either. I guess, really, the only thing you could nitpick on is that some of the dialog didn’t seem natural for the kids, especially when it came to outdated slang. Other than that, I got nothing.

The Watsons Go To Birmingham I won’t claim to be something which will win Emmys and Golden Globes, but at the same time it very well could. It is one of those movies you may not expect much from, even with a talented casts, and strangely find yourself enjoying. It has comical moments, times when the reality of the times hit you, and all the while you find yourself with this family who may not be the type of dysfunctional family we are used to seeing in damn near every program/movie, but you still find yourself invested in them. That is why I’m saying it is worth watching, and I would even hope schools, assuming kids even read The Watsons Go To Birmingham anymore, get to watch this film after. I even think I may watch this again in the distant future.