The Defiant Ones: Part 2 – Recap/ Review (with Spoilers)

As with part 1, while Jimmy gets the privilege to name drop music legends, the more personal side of Dre competes with that. For while Dre’s time in NWA is featured, as well as Ruthless records, it is his personal life which you remember the most.

Most of Jimmy’s portion of part 2 is dedicated to his peak in being a producer to him deciding to walk away. In this journey, we hear Tom Petty and Stevie Nicks talk about what it was like to work with Jimmy in the 70s and 80s. Which, while a mesmerizing time musically, Jimmy was getting burnt out. For he really took to heart what Bruce Springsteen’s manager said to him in part 1. Meaning, he put aside all his bullshit and made it about the music and artist. Hence friendships with Tom Petty, a relationship with Stevie Nicks, and a friendship with Bono.

However, what should have been business relationships became all too consuming. Jimmy notes he was sometimes working 24 hours days and while no one says he came to a point of dialing it in, it is said he began to steer toward the business side of music rather than being in the studio like he was. Something which may have stemmed from the worse 6 weeks of his life.

You see, within the span of 6 weeks Jimmy lost his grandfather, grandmother, and his father. And if there is one thing made very clear is that Jimmy is a classic Italian. Family means everything to him and losing a piece of it, the patriarch, is devastating. But, thankfully, between his sister, mom and new wife Vicky, he made it through and got to begin his transition into being a full-time businessman.

I’m not used to multipart documentaries so this is a bit new for me. With that said though, I gotta admit that I really felt Dre’s life and career sort of put a shadow on Jimmy’s. For, as noted below, Dre is talking about a lot of dark stuff. For his side of things, the personal and career is in full effect. With Jimmy though, it is all about name dropping who he worked with. Then there is the speed bump of him and Stevie breaking up but that goes by in such a flash you have to rewind the video to know what went wrong. Making it where, truly, his dad dying is the only real gut punch. The only thing which doesn’t sound like people are bragging on his behalf.

But something I do feel part 2 doesn’t do as good as part 1 is interlinking Dre and Jimmy’s story. You don’t get the same parallel or contrast in part 2. It is more so two different men’s stories in a 2 for 1 deal. One in which you sort of feel like Jimmy’s story is being attached to Dre’s rather than them being equals. But, again, that is because Jimmy’s story, minus his dad’s death, is pretty much all business. There isn’t any real vibe you are getting to know the man sporting this unibrow.

From the beginning of Ruthless Records to right before he joins D.O.C and Suge Knight at Death Row, that is Dre’s story in part 2. However, it isn’t just about the rise of NWA and the fall of it. Dre’s story touches on a lot of personal subjects and, unlike Jimmy’s, people who played an important part in his life musically are given props. Be it Ice Cube’s part in NWA, Eazy-E opening the doors for Dre to go commercial through JJ Fad, and of course highlighting what could have been something great with D.O.C.

But, alongside his music career, we get a huge taste of his personal life. The subject of his little brother Tyree’s death is brought up, alongside him assaulting Dee Barnes, who gets to speak her side of things. To a point. And while we don’t run down a list of every tragedy Dre did or was affected by, you can see what it has done to him. You can see how that pain probably channeled his music and even in his facial features.

The man notes a dark cloud looming over him and it helps you realize that he maybe talking about depression. Something he once fought off with alcohol. However, music was always the better medicine.

I don’t know if it is because Dre’s story is more familiar, because the people involved can speak for themselves or what, but there is a certain vibrancy to his story. One which, you almost feel like you are getting an auto-biopic [note]Or whatever a film version of an autobiography would be[/note]. And while you can tell it is very uncomfortable for him, there is something about seeing his expressions and getting to see a human being who went through stuff.

Which is by no means a dig at Jimmy. It is just, when Jimmy talks about his past, it is all very matter of fact. There isn’t much in the way of emotion about anything but his dad. Also, as noted, Jimmy’s personal life seems to almost be non-existent. As if he lived in the studio and only went home when his family was coming over. Yet with Dre, he lays it all out bare pretty much. I mean, he even, though not directly in terms of doing what to who, addresses his domestic violence issues. 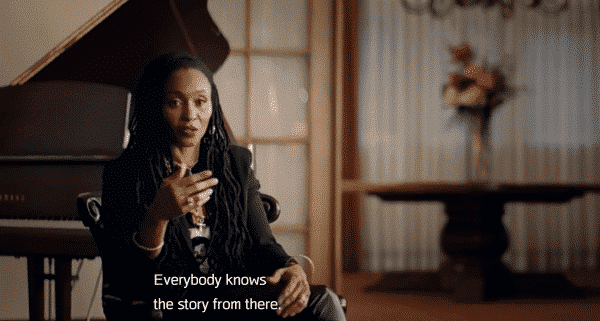 Plus, with Dre’s story, there is a recognition of the various people who played a part. Be it Eazy-E, Ice Cube, or even what JJ Fad did to open the doors for NWA, props are given. With Jimmy, yeah we learn who got him started, but from there it is Jimmy and Tom Petty. It’s Jimmy and Bono. It is Jimmy and Stevie Nicks. It basically is Jimmy featuring special guest star etc. 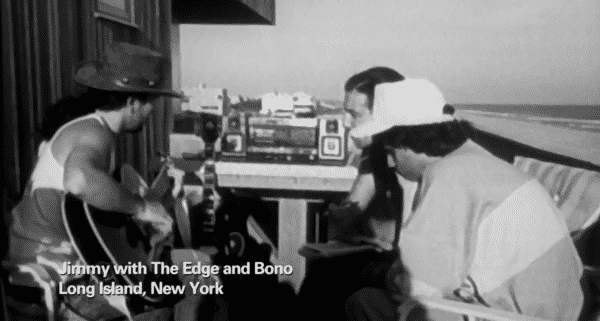 Something that only bugs me for it presents what I want to say is white privilege but I don’t want to dig deep into that topic. But I will say, Jimmy’s arguable white privilege aside, what this documentary really shows the importance of is networking and reputation. For that is what kept Dre and Jimmy working and probably why they ended up linking up later in life.