Wherever I Look
Recaps, Reviews, and So Much More
Home TV Special Michelle Buteau: Welcome to Buteaupia – Recap/ Review (with Spoilers)
TV Special

“Welcome To Buteaupia” will remind you of when comedians got hour-long specials because it was time, and they deserved it, rather than a network just needing content.

While Michelle Buteau has been featured in multiple shows, has stolen many scenes in some of the top films of the last few years, this is her first hour special since starting 18 years ago. Not to discount the previews of what is to come, but an hour special is a major accomplishment – and Buteau doesn’t dial it in at all. Rather, as she should, she comes out swinging for most of the special as she talks about filming a movie with J. Lo, aging, her relationship with her Dutch husband, and his culture, and ending things with talking about her children. 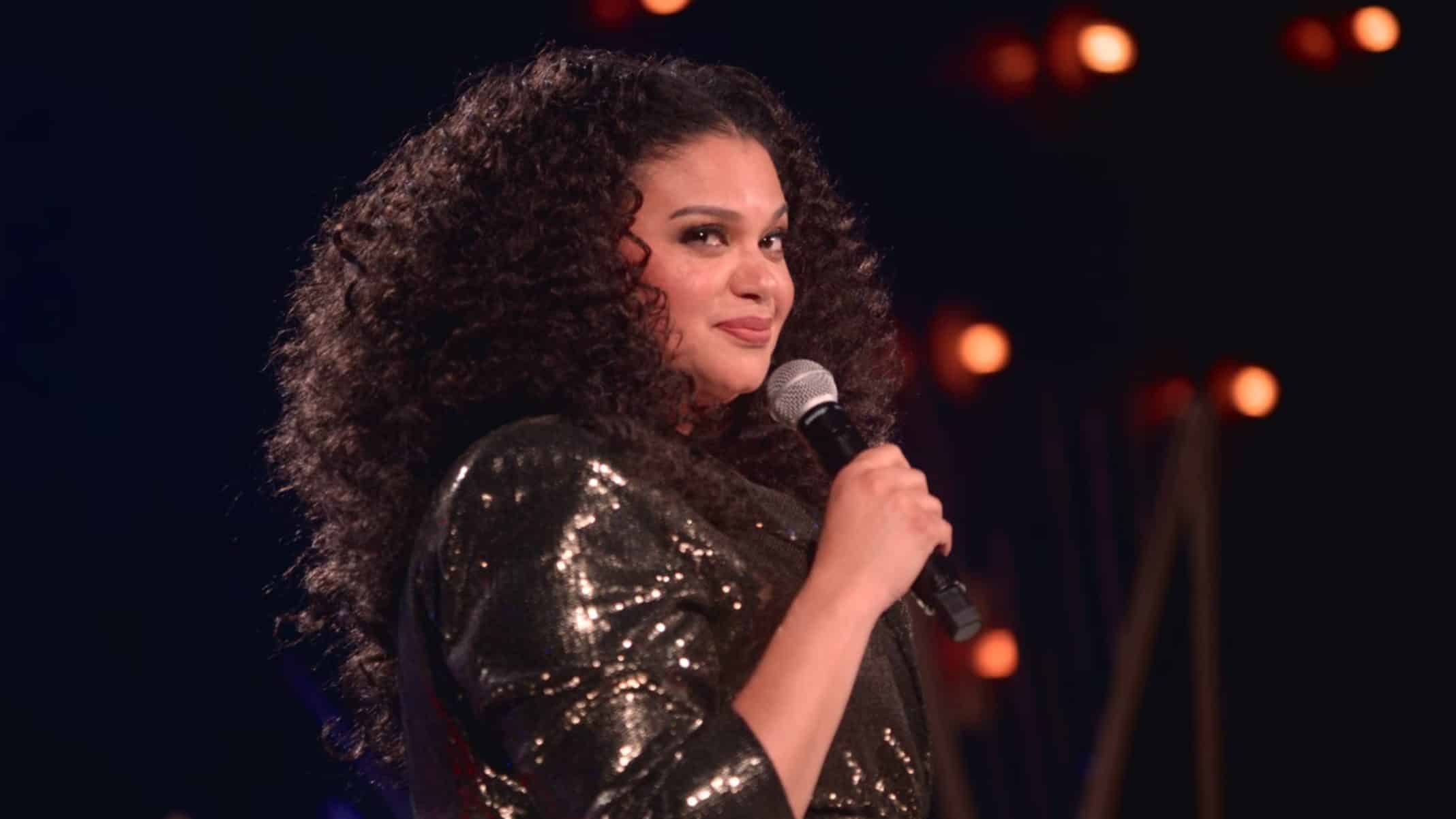 Buteau, throughout the special, has a habit of looking off to her right and playing with the camera to accentuate the moment. Now, you could think, considering her energy and how she isn’t necessarily rapid-fire but does have the hype of a little kid days before their birthday, this slows things down. Well, you wouldn’t be wrong, but rather than feel like a pause, it gives jokes room to breathe and keeps you from becoming accustomed to her style of comedy.

This is a true highlight since, often with comics, they don’t know when to take a eat since it seems they wanna keep that high going of getting a laugh. If not, are afraid if there is too much space between jokes, they’ll lose you. Buteau, however, knows her rhythm and what works for her and the audience she attracts. So whether taking a beat with a simple joke, a look, or some body movement, if not interacting with the audience, you can see she isn’t in a rush or desperate to hear the next laugh. Buteau knows she is funny, and the jokes will come, and you will gladly wait for them.

The Jokes Focused On Her Husband & Filming With J. Lo[1]

Now, as for what jokes are the best? Well, she warms us up real good with the J. Lo jokes. Especially her recounting how she pretending not to know a thing about Jennifer Lopez despite being a huge fan. Though, that was just the appetizer to her talking about her family – mainly the one she has with her husband and his people. That takes up the majority of the special and from making fun of the way they talk, their names, phrases like “Swaffling,” which means you hit your penis on something, you will LAUGH!

She’ll Hit You With Some Positivity Too

Like most comedians, self-deprecation is part of Buteau’s act, and while she stays far away from a “Woe is me in a past life,” she is clear that there were some challenges to get to the person you see before you. Be it a mother, a famous comedian, and you could say she hints at other issues she has overcome as well. 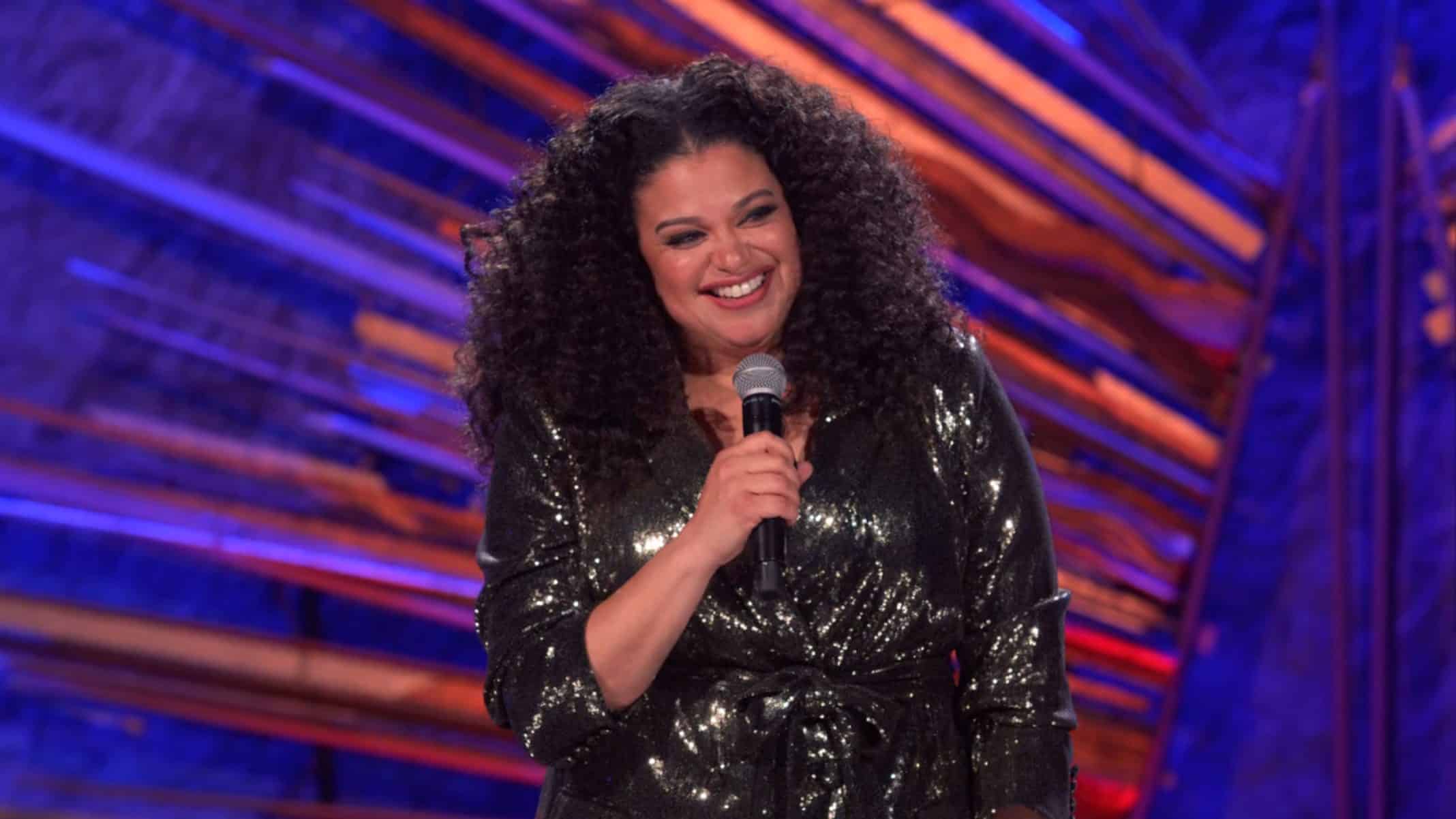 Making her whole speech on people having a type a high point for it reminds you, as much as Buteau is there to make jokes and money, it doesn’t mean she just sees people as dollar signs. All the colloquialisms which imply a feeling of closeness isn’t fake. She calls you her boo because she wants to see you happy and go from one show just looking for a laugh to sharing that with a friend, loved one, or you just being in a better place than you were before.

The Ending Was A Little Weak

The only thing you can really ding Buteau on is that the ending of the special isn’t a high note. But, even the best specials don’t necessarily end that great. Either it is with something being said that is a mic drop or, like with Buteau, you get jokes that don’t hit as hard as what you were given ten minutes ago. So it leaves you feeling a bit awkward about the ending.

But considering it is rare that you get someone who knows how to hit that narrative curve with their set, it’s not like Buteau is the only comic who ends things in an unsatisfactory fashion.

She'll Hit You With Some Positivity Too - 82%

"Michelle Buteau: Welcome to Buteaupia" is perfectly timed. Buteau is still on the rise, and while her persona is well known, every last joke in her special doesn't feel rehashed from interviews but brand, sparkling new. Leaving you joyous, even if the ending was a little rough.