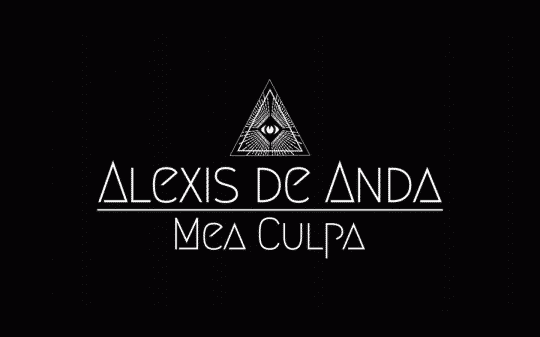 All of which isn’t that funny. For those familiar with Lisa Lampanelli [Check Out Her Comedy on Amazon], I want you to imagine her comedy stolen by Amy Schumer, translated into Spanish, and mixing in some of Mexican culture into the jokes to make it seem original. Which isn’t to imply any of the jokes Alexis De Anda said were stolen, it is just if you have an awareness of comedians who have done it before, and certainly better, it makes this special beyond deserving the word disappointment. To the point, I got to bring up this quote from Chris Rock, “Some people have specials and some people have regulars.” This is a regular old, “I’m still working on my routine” kind of “special.”

On The Rare Occasion She’ll Make You Smile She Made The Occasional Interesting Insight 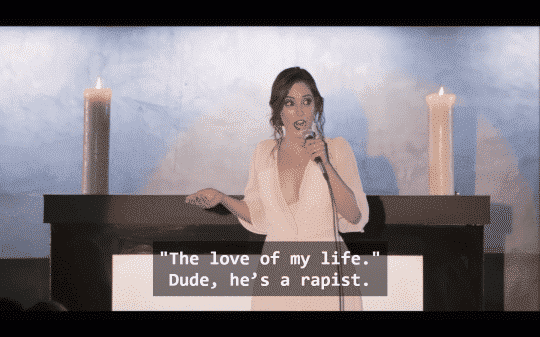 So Alexis De Anda wasn’t that funny, but comedians don’t always have to be funny. Sometimes they can just say some insightful stuff. I mean, Lynne Koplitz: Hormonal Beast wasn’t rousingly funny, but she had some interesting points. Sadly, De Anda doesn’t really have that to the point of compensating for her jokes falling flat. However, I did admire her take on how women fall in love with ideas and how that stems from being told fairy tales as children.

But, outside of that one golden moment, again, not a special but more so a regular.

The reason I mention Lisa Lampanelli in the summary section is to show someone who can say a lot of racist things yet still be funny. The joke masks the offense. And in terms of vulgarity? I can point you to any Black female comic of the 90s, like you can see in The Queens of Comedy [External], when I believe Mo’Nique is talking about eating a man’s ass, and it is funny.

With De Anda however? Her jokes are like that of a casual racist. Someone who may not have an Aryan style hatred, but still questions the idea, even if just in a video, of a Black man yelling at her. Which, in retrospect, is kind of funny, but part of the issue with De Anda is also her delivery is flat. I don’t know if it is because of her attire, the small stage, the fact I am reading subtitles to understand her, not knowing much about Central/ South American culture or what? But she seems so stiff.

Really making it as she talks about Black people, rural Mexicans, those from countries south of Mexico, or even Chinese people, she seems like the kind of person other comedians would make fun of. You know, like how a lot of Black comedians have their white people voice and imitation? I’d imagine when darker hued Mexican comics make fun of light-skinned Mexicans, they mimic Alexis De Anda.

She Takes The Therapy Part of Stand Up Too Far

Sadly, like The Leather Special, there is this weird vibe that De Anda is trying to make you laugh at her pain. I mean literally make it so her whining about how life is so awkward that it makes you laugh. Just so she’ll stop. Which I don’t say to be brutal or anything like that. It is just, as Richard Pryor told Tiffany Haddish when she started stand-up (I’m paraphrasing), “no one comes to a comedy show to be your therapist.“

Which I say for there isn’t this pursuit to relate as it is to vent. Her talking about how weird she looked like a child, the day she tried to win an ex back and how she always goes for musician types don’t end with a quality punch line. It is like she decided, for some reason, during an internationally released Netflix regular, she was going to have the audience get to know her. Not wonder why they didn’t know her, but question why Netflix paid her money thinking we’d like to get to know her.

A part of me really wants to blame not speaking Spanish and relying on subtitles for why I didn’t enjoy this at all. Another part of me wants to blame the fact a lot of female comics, who are currently popular, are the same age range and talk about the same things. Thus, at this point, it is like the same set on repeat. However, then I remember the Hormonal Beast special, Lisa Lampanelli’s work, and even Kathy Griffin’s back in the day and I come to realize that this new generation of female comics are just lazy and don’t have unique voices. Not all of them mind you, just the ones who get plucked and end up tested to see if they can become mainstream.

Hence the negative label since while I’m sure Alexis De Anda has a following in Mexico, this regular doesn’t translate into the idea she needs to become an internationally known standup comedian. All it tells us is that there are mediocre comics getting fame in Mexico just like in the US.