A guide for the film “Night Teeth.” Noted are cast members, information about their character(s), and additional details about the film’s story and characters.

Around 100 years ago, there was a truce between those living in Boyle Heights and the Los Angeles vampire population. However, because of one vampire, Victor, alongside his girlfriend Zoe, and her best friend Blaire, the peace which lasted a century has begun to unravel, and only two named characters, Benny and Jay, might be able to stop what’s happening. 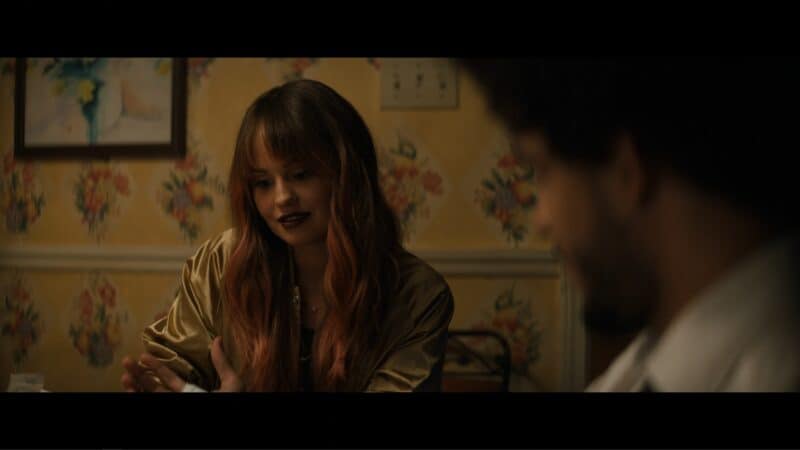 Blaire was a girl who came to LA from some nowhere town in the 1970s and became entranced with Zoe. Thus leading to Zoe turning her into a vampire and Blaire being her right hand and best friend ever since. But, with Benny getting closer to her than anyone else has done in decades, she begins to feel torn. With being over 200 years old comes having a few screws being loose. Add in insecurities that make Zoe desire to be needed and formerly throw parties to keep from being alone; you have a dangerous combination. One that Victor exploits to have the numbers he needs to take over. 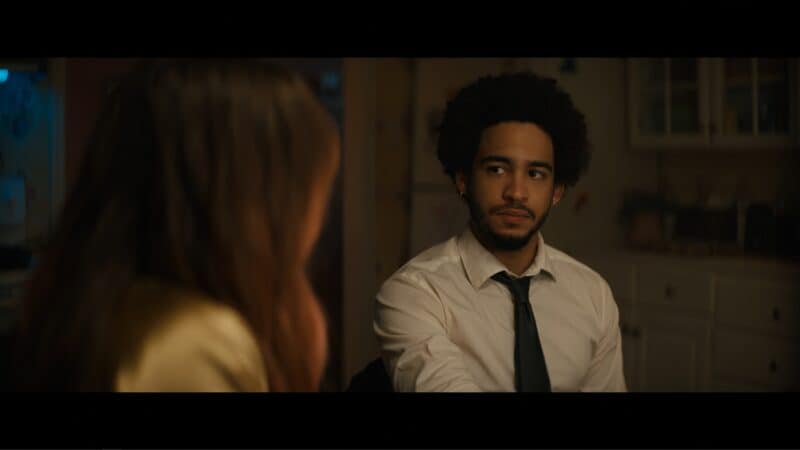 Benny is a simple kid. He lives with his grandmother after the passing of his mother and looks up to his big brother, Jay, who has played a father figure role throughout his life. Hence when the opportunity comes to make some money and do his big bro a favor, he jumps at the chance. However, Benny didn’t fully understand what he was signing up for. 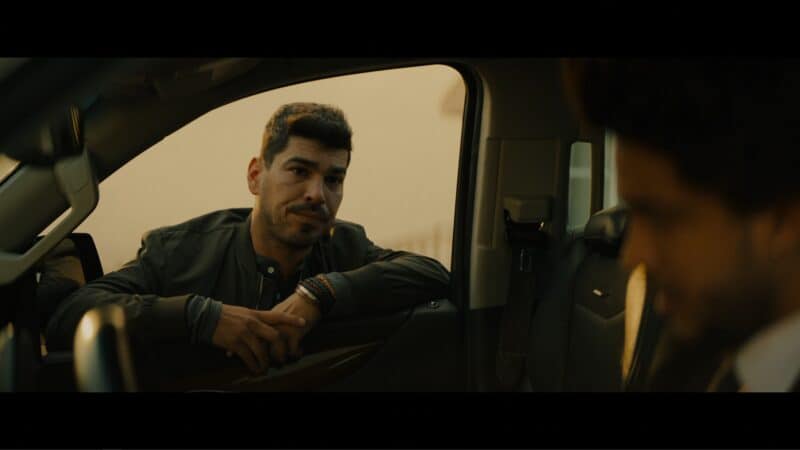 For the most part, Jay focuses on the luxury vehicle depot he works for that transports stars, the rich, and those who enjoy a certain level of comfort throughout LA and surrounding areas. However, he is also tasked with enforcing the truce between vampires and humans in the area and is trained on how to kill vampires if they step out of line. After spending who knows how long in a position of middle management, Victor decides he is going to overthrow the 5 bosses of Los Angeles and take over. A task he plans to get done with the assistance of his girlfriend Zoe and her best friend, Blaire.

How Does Night Teeth End? Zoe and Victor, as should be expected, get killed, and Blaire makes Benny into a vampire, which implies they may live happily ever after.

However, taking it further, Victor, in an effort to take out all threats, lured Jay into his home by kidnapping Jay’s girlfriend – thus breaking the truce. As he held Jay captive, Zoe and Blaire were taking out the 5 bosses one by one, with Benny driving the car. Originally, it was expected that Zoe and Blaire would have Jay, not Benny, as their driver, so he’d be last. However, Benny, as their driver, changes things.

Because of him, Zoe and Blaire are able to flee the Night Legion and survive the night, but with Zoe’s loyalty to Victor, she is perfectly fine with Victor killing Jay and her killing Benny. Especially since Benny has gotten Blaire to turn on Zoe since she is falling in love with Benny. But, Benny kills Zoe, using his car and sunlight, and Jay kills Victor by tackling him into the sunlight.

But, before Jay killed Victor, Victor fed on Benny but was saved last minute. This led to Blaire turning Benny to save his life and Benny becoming a vampire.

Considering Victor, Zoe, and Blaire killed the 5 major bosses of the LA area, surely there is now a power vacuum that has to be handled and could be explored in a sequel. Add in the truce is over, and the Night Legion likely feels they can attack? A lot could go on in a sequel.

As for a prequel, considering we aren’t given much in the way of details about how the 5 bosses came to be, that can be detailed. That and maybe some background on who Sydney Sweeney and Megan Fox were.