Caught By A Wave Cast and Character Guide (with Ending Spoilers)

A guide for the film “Caught By A Wave.” Noted are cast members, information about their character(s), and additional details about the film’s story and characters.

At one time, Sara dreamed about going to the Olympics, competing in 49er Dinghy races. However, after being diagnosed with muscular dystrophy 3 years ago, those dreams were dashed, but she still loves the water and getting on a boat when she feels up to it. One example being a recent summer when she meets Lorenzo, an assistant at summer camp Sara goes to, who has a thing for her.

Now, originally Sara is hesitant because, with being told she might be in a wheelchair eventually, she doesn’t believe Lorenzo will go for that, so she tries to be distant. However, Lorenzo keeps pushing to be in her life, so she tries to enjoy his company, affection, and all that comes with it, as long as she can.

But then her parents reveal the truth, and while Lorenzo felt lied to at first, he eventually gets over it and tries to balance his schedule of preparing for a race and dating Sara. This isn’t easy for him, nor is it easy for Sara to do physical therapy because it isn’t a fix but solely something to slow things down. However, because Lorenzo is her first love and he genuinely cares about her, they make it work and do everything they can to create memories to look back on. Sara (Elvira Camarrone) on a date with Lorenzo

When Sara was 14, she was an up-and-coming 49er Dinghy racer who won 2nd place at nationals and had Olympic aspirations. However, after one too many times appearing drunk to her mother, she got tested, and it was found out she had muscular dystrophy. Due to this, Sara’s dreams were set aside, and it isn’t noted if anything replaced her Olympic aspirations. All we know is, despite the muscles in her leg beginning to degrade, she did her best to live an everyday life and keep the diagnosis as far back in her mind as possible. A three-time national 49we Dinghy racing champion, Lorenzo is a star within that world and is seen with a bright future. But beyond his burgeoning professional career, he is dealing with the loss of his mother, his maternal figure moving out, and a dad he is close with, but who has never recovered from losing the love of his life.

Caught By A Wave Ending (Spoilers) 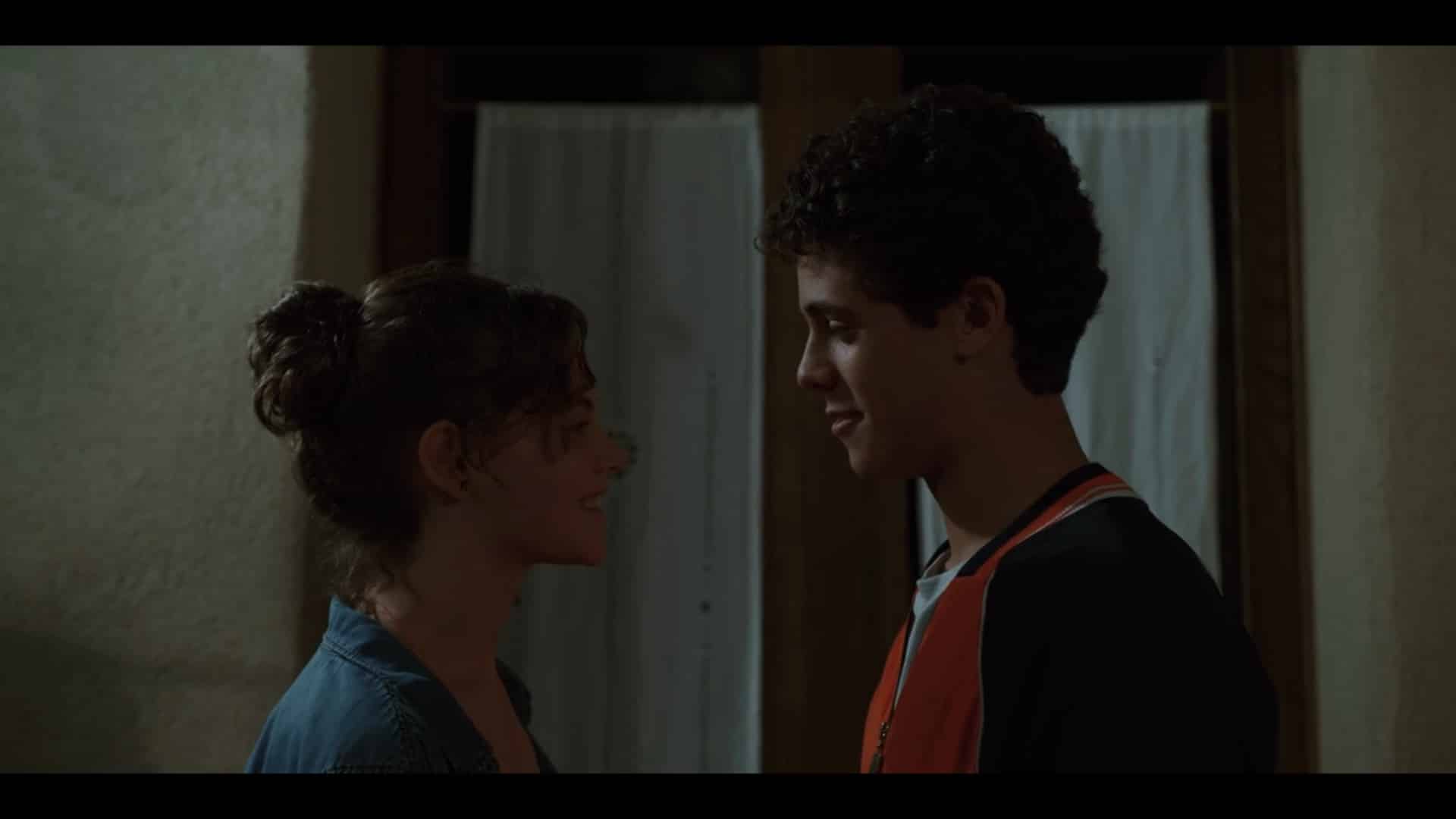 After racing together at the Gulf Regatta, post-Lorenzo’s partner no longer being able to compete, despite the loss, it seems both Sara and Lorenzo are closer than ever, as well as their families. But, after a time jump of a few months, we see Sara’s best friend hand Lorenzo the necklace Sara would always wear and Lorenzo going to the place he and his mom would go to, which was also the place he took Sara on one of their first dates.

This, unfortunately, implies that Sara might be dead. How? Well, one time, Lorenzo was late from picking up Sara by two hours, and she suffered cardiac circulatory collapse while waiting. Now, when it comes to Sara’s muscle dystrophy, the focus was always on her legs rather than her heart. However, considering she fainted and was put in the hospital afterward, you could submit she probably fainted again due to her condition, didn’t get the help she needed in time, and thus died.

Also, add in Sara’s doctor noted that doing the competition with Lorenzo would hasten her condition’s progress, and it could be possible that didn’t mean Sara ending up in a wheelchair but rather dying. Hence an ending that leans heavily towards Sara being dead.

Does Caught By A Wave Have Prequel/ Sequel Potential?

If Sara is alive, there could be a sequel that would further enforce that you don’t need to make the vow to be with someone “in sickness or in health” to love them through their worst moments. Also, considering how few stories we see that have women in wheelchairs, or any disability, in love, it could continue one of the highlights of the film. Which for us was Lorenzo treating her as someone who, if she wasn’t able to do something, could speak up for himself vs. him limiting her.

Although I haven’t watched the movie yet, I’m quite sure it’s a nice movie after reading the comments