A guide for the film “Come True.” Noted are cast members, information about their character(s), and additional details about the film’s story and characters.

18-year-old Sarah is homeless and has serious sleeping issues. So, upon learning about a paid sleep study, she joins. Leading to her meeting Anita, who is running the program alongside a young man named Jeremy, and the department head Dr. Meyer. But, with Dr. Meyer’s team secretive about what the study is for and not explaining why they use the methods they do, Sarah increasingly becomes apprehensive about continuing the study. Especially as Jeremy becomes a bit of a creeper and these haunting visions come when Sarah sleeps.

But, with her time already invested and interest piqued, Sarah continues the study, despite it only getting stranger each time she closes her eyes. 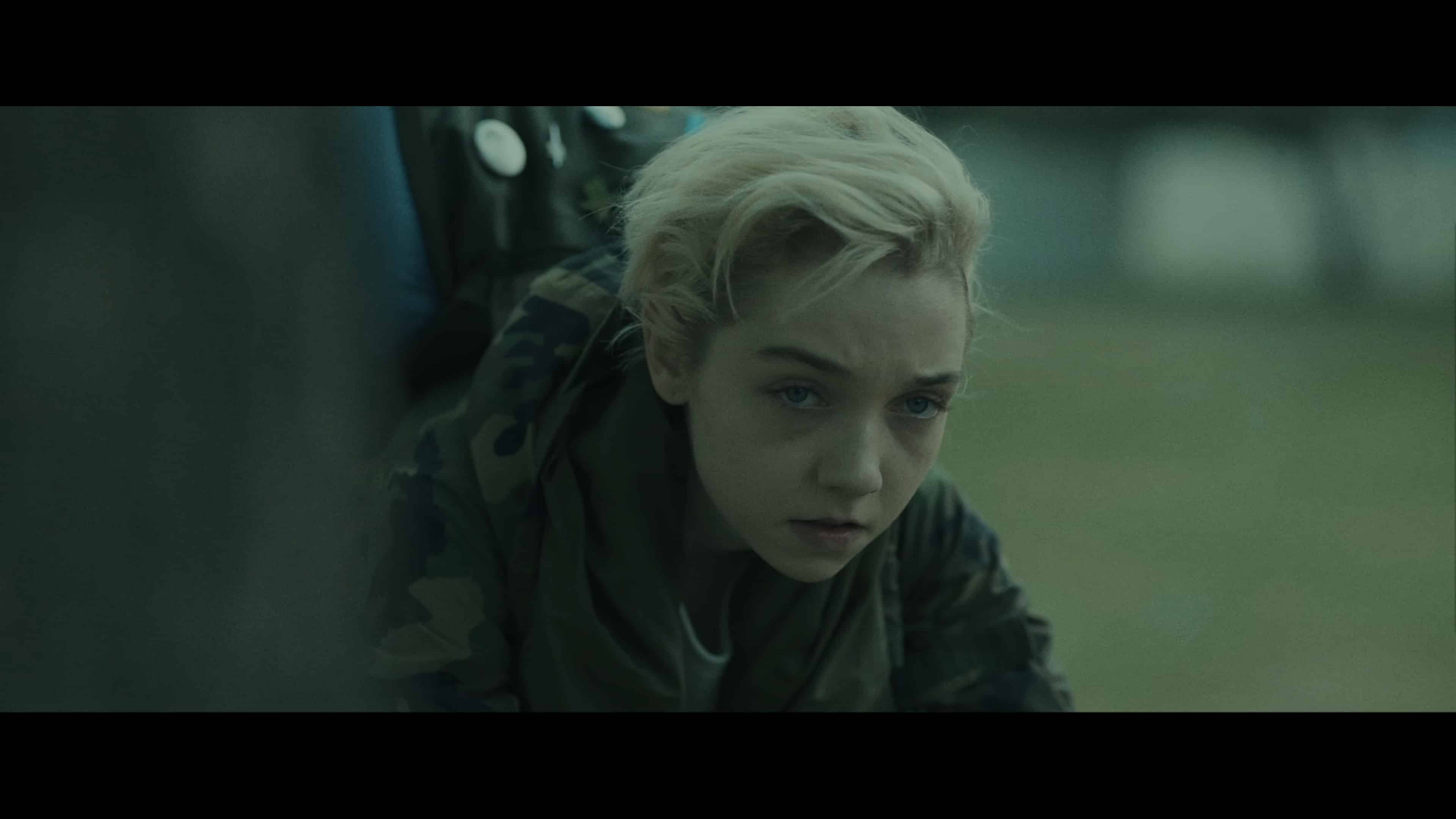 18-year-old Sarah has been having sleep trouble for quite some time. Hence her having 3 – 6 cups of coffee a day and even, as a child, sleepwalking. So when she hears about a sleep study that pays you, it is heaven-sent. Especially since she has to sneak into her former home to change clothes and take a shower, so money is a major issue, and while the exact amount is never mentioned for two months of work, it seems worth it to Sarah. 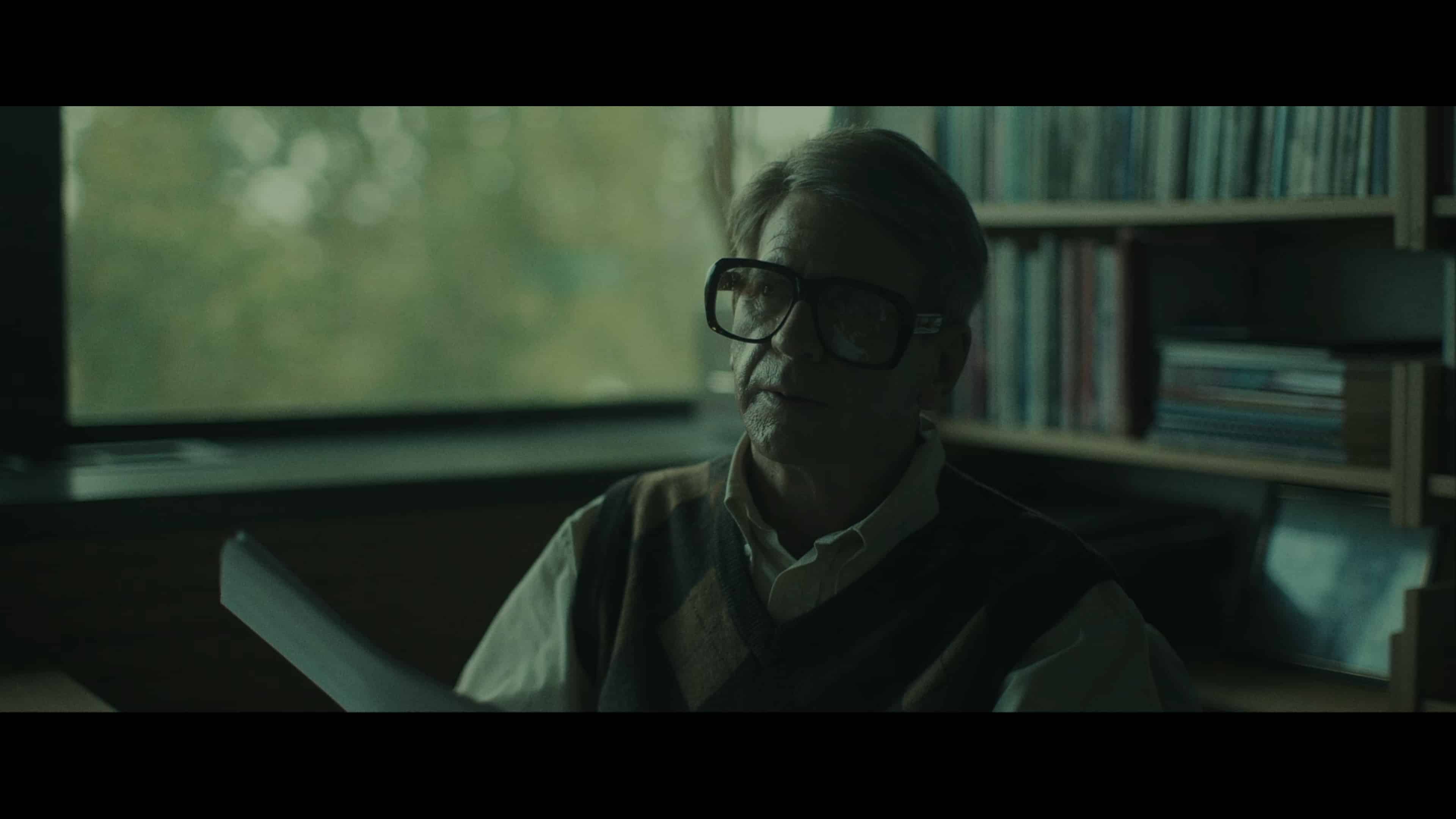 Dr. Meyer is the head of the department that runs the sleep study and, for the most part, handles the exit interviews while his subordinates handle data collection. However, as he learns there are some unethical things being done, he begins asking more and more questions and trying to steer his underlings back on track. 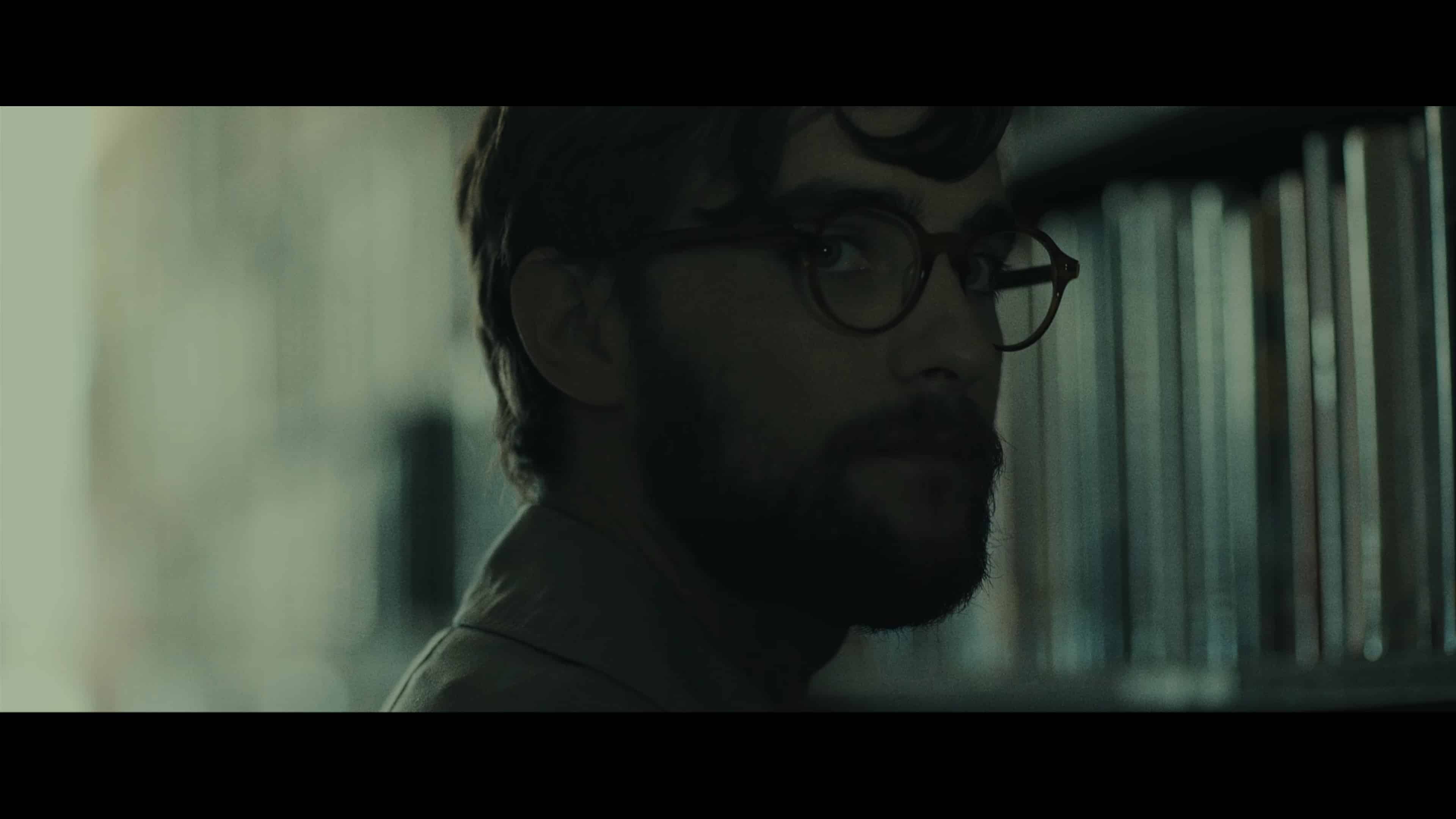 Jeremy is the team lead for Dr. Meyer’s sleep project and the main one who pushed the boundaries of what can be considered scientific or unethical. This is particularly seen with Sarah, who he not only stalks but gives some idea of what is happening – despite the clear rules that subjects are to be left in the dark. Thus perhaps amplifying what Sarah saw.

Though it should be noted, Jeremy too has sleep issues and has since he was 6 (!). Hence why we even see he may suffer from the same shadow figure as the subjects. Anita is one of the assistants who often is the face of the sleep study project. However, thanks to Jeremy, she often finds herself troubled and having to find him as things go awry. 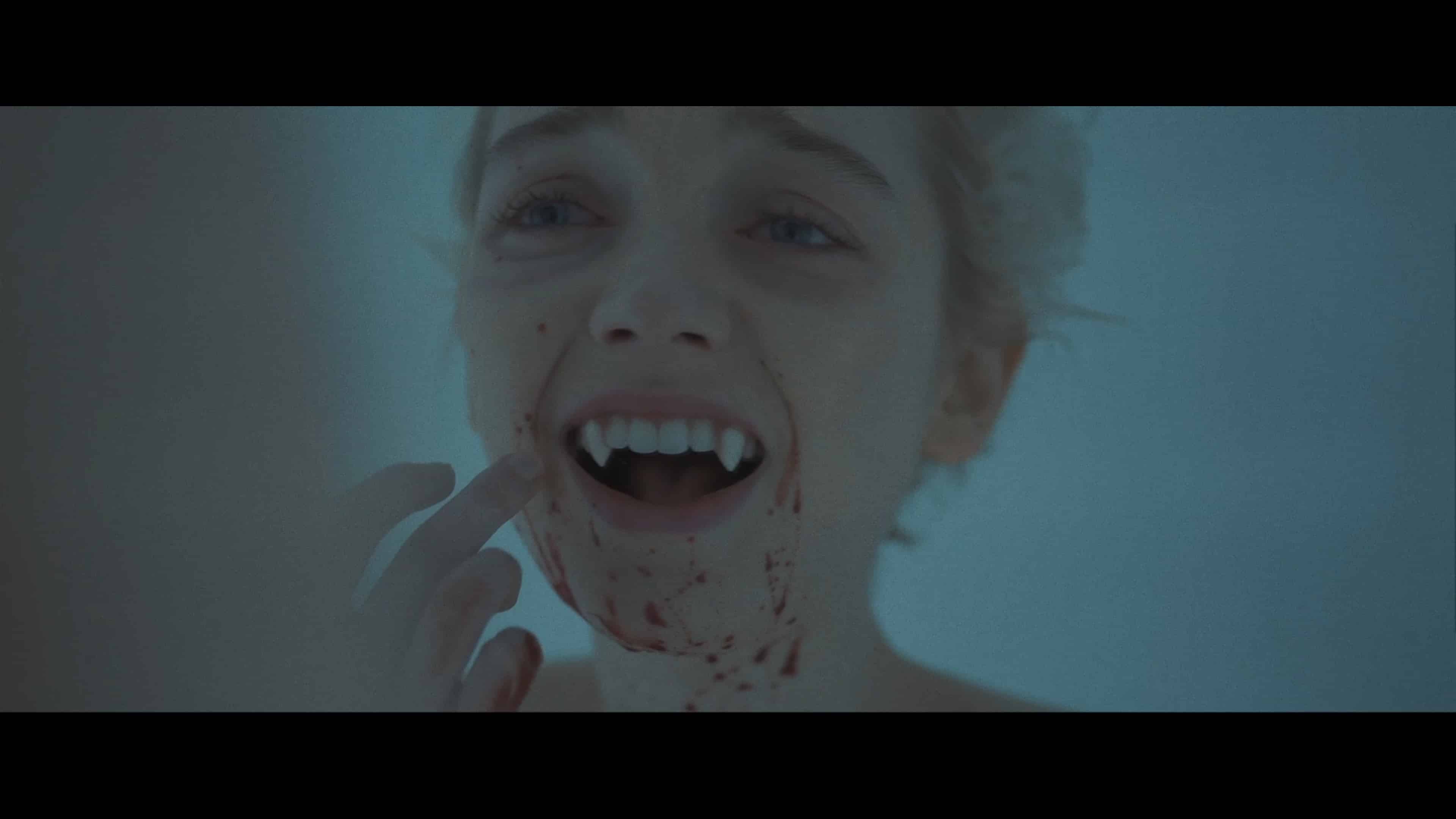 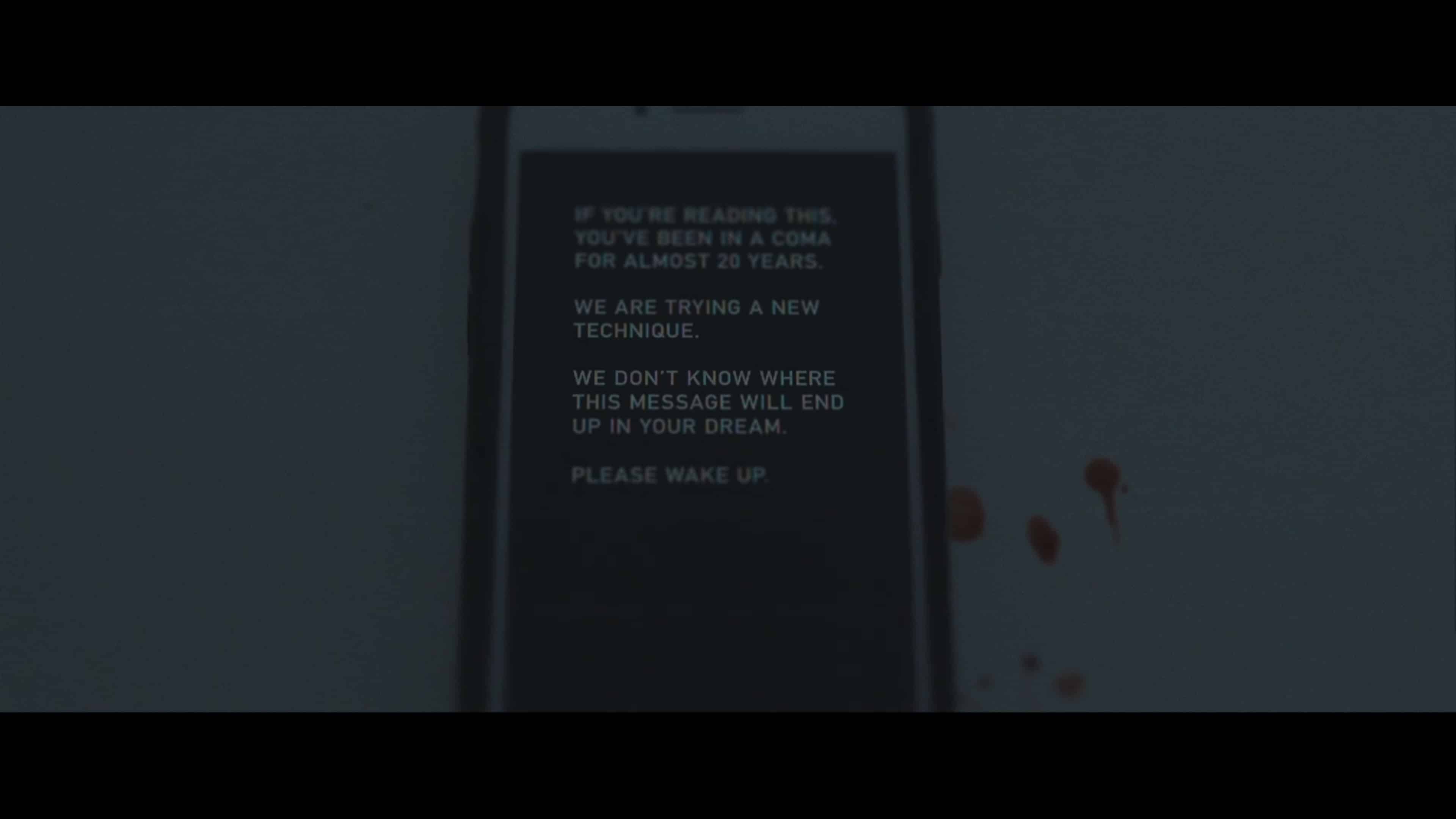 We won’t pretend to understand the ending fully, but this is what is revealed: Sarah is likely in a coma, and Dr. Meyer’s team, if not Jeremy, might have been using various methods to bring her out of the coma. Now, as for when she went into this coma? Well, take note she has what looks like seizures throughout the movie, and after Jeremy and Sarah have sex, there is the possibility she was put into a medically induced coma after that. Hence why we see that text at the end of the film, and perhaps why Sarah was bleeding from her eye in one scene.

However, when it comes to the blood and vampire teeth? Never mind the shadows we saw that give you Nosferatu vibes, minus the ears, that is much harder to explain. You could push the idea that maybe Sarah is a vampire and maybe Jeremy is the one who turned her? Hence the dream of him having vampire teeth. Though, you could flip it and say Sarah is a vampire, which doesn’t adhere to the sunlight rule, and her trying to be awake during the day is why she has sleep issues.

You could also all boil this down to night terrors due to bad sleeping habits as well. Hence us seeing sleep paralysis being an issue for some members of the sleep study.

Overall, Come True ends with being open to interpretation, with the vampire teeth part almost seeming like it is meant to throw you all the way off. Yet, that is what makes the film interesting. Just as soon as you think you get it, even just a little bit, new information is presented which makes you want to throw your old theory out. 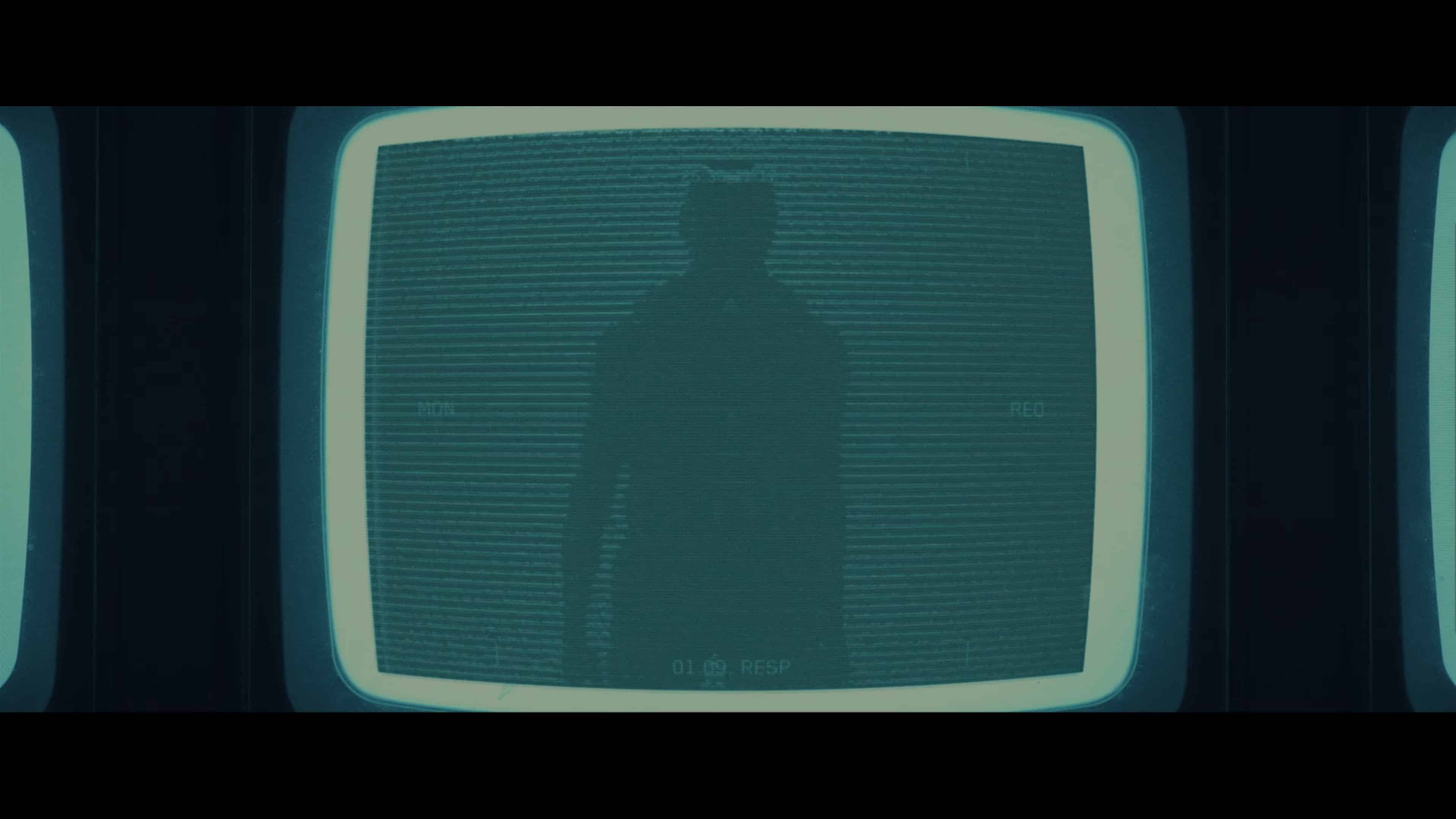 While we do wish some things were explained, at the same time, we feel a sequel or prequel would probably only take away what makes this film special. For in leaving things open-ended, Come True allows itself to remain mysterious. However, if it broke down what this meant and how you should have paid attention to that, it would likely diminish itself by explaining things to you. And honestly, the film is more interesting because it lacks a definitive ending, and you have to come up with theories.