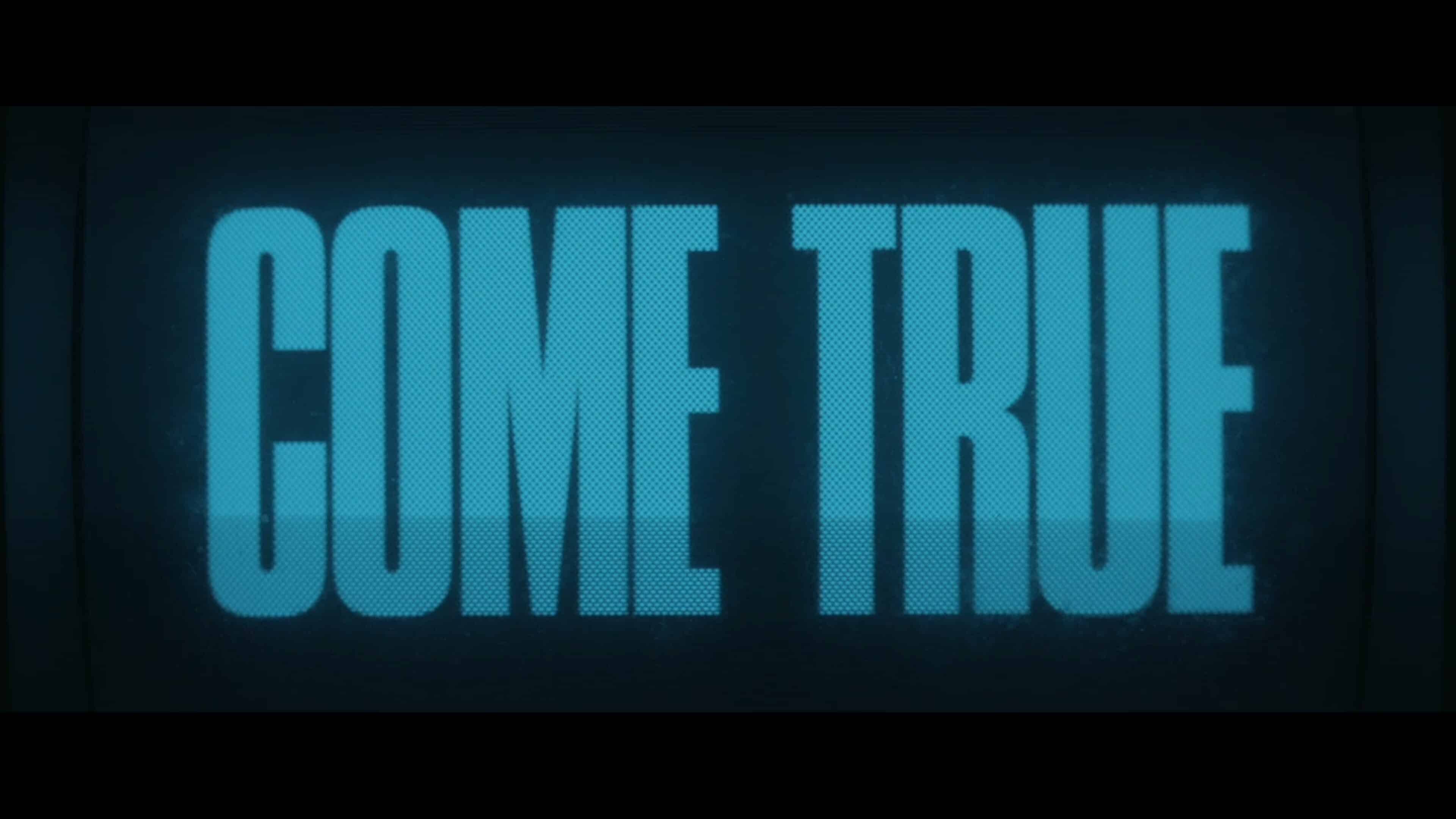 Come True is one of those polarizing art house films that have this special something about it, but it can easily be lost if you get distracted.

18-year-old Sarah is homeless and has serious sleeping issues. So, she joins this sleep study under a man named Dr. Meyer but primarily ran by Jeremy and a young woman named Anita. But, with Dr. Meyer’s team secretive about what the study is for and not explaining why they use the methods they do, Sarah increasingly becomes apprehensive about continuing the study. Especially as Jeremy becomes a bit of a creeper and these haunting visions come when Sarah sleeps.

But, with her time already invested and interest piqued, Sarah continues the study, despite it only getting stranger each time she closes her eyes.

Because of How Weird It All Is, You Can’t Take Your Eyes Off It

Throughout the entirety of Come True, you’ll have an eyebrow raised as you wonder what the hell is going on? For if it isn’t the strange-looking doorways or the thing known as “The Shadow,” there is wondering what is going on in Sarah’s personal life? On top of that, there is the question of whether “The Shadow” is dangerous or not, and as the dreams, or rather nightmares, progress, we get more and more perplexing imagery and moments that make you wonder how this film will end?

This makes Julia Sarah Stone as the lead a blessing since she holds your attention. For when it comes to damn near polarizing films like these, it takes the right lead to keep viewers from walking away. JSS does this by presenting what can’t be defined as innocence or vulnerability, for those words seem too simple. Yet, there is no denying she does more than become a medium to the madness as she makes you feel like you are joining her on this journey, without ever breaking the fourth wall.

For with every shock and moment of confusion, you feel like someone understands why you feel lost. And as you become not just invested in the story but Sarah as well, it pushed you to also want to invest in JSS because you are ultimately left wanting more.

The Ending Makes You Feel Like You Missed Something

Let’s take note the film doesn’t answer a lot of simple questions. Come True doesn’t answer why is Sarah homeless, or at the very least avoiding who you assume is her mom? Also, considering we see Sarah does still go to school, assumingly high school, did she drop out once the sleep study began? Never mind, what happened to the friend of hers we met?

That’s just the surface-level questions unanswered because, when it comes to the sleep study, the ending doesn’t necessarily explain all that happened before it. If anything, it pushes you to rewatch the film since you’re left feeling that you must have missed something.

Which isn’t to imply Come True is cerebral and really makes you think. More so, it’s the kind of mystery that doesn’t wish to present grand ideas throughout the movie and then simplify them in the end. Rather, it wants you to be as lost as its lead rather than, as the viewer, thinking you have all the answers.

What may mess up the experience of watching Come True for you is feeling like you didn’t get a definitive answer to what was going on when it ends. You understand there is a sleep study, that everyone involved is seeing this bizarre-looking shadow, and that part of the study’s goals deals with understanding what people see while they are asleep, amongst other things. However, as you reach the final scene and feel like you were thrown way off base, so comes a level of confusion you may find frustrating.

Hence the mixed label. Come True is intriguing, and you can definitely imagine Julia Sarah Stone becoming a notable lead in her career, but with so many unanswered questions and an ending that potentially furthers confusion, Come True, like most art house films, makes it clear it isn’t for everyone.

The Ending Makes You Feel Like You Missed Something - 73%

Come True is intriguing, and you can definitely imagine Julia Sarah Stone becoming a notable lead in her career, but with so many unanswered questions and an ending that potentially furthers confusion, Come True, like most art house films, makes it clear it isn't for everyone.