A guide for the film “Cherry.” Noted are cast members, information about their character(s), and additional details about the film’s story and characters. 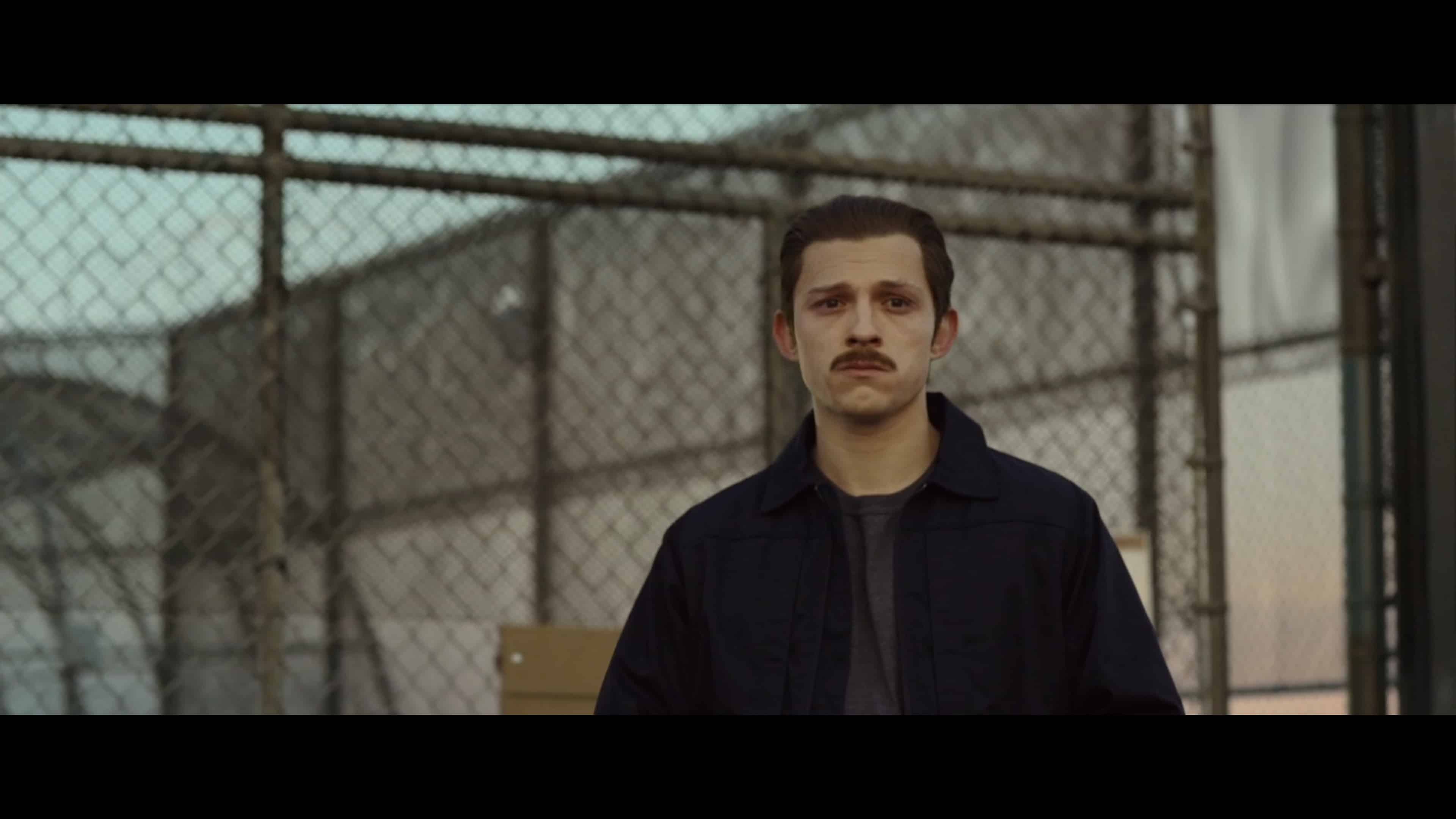 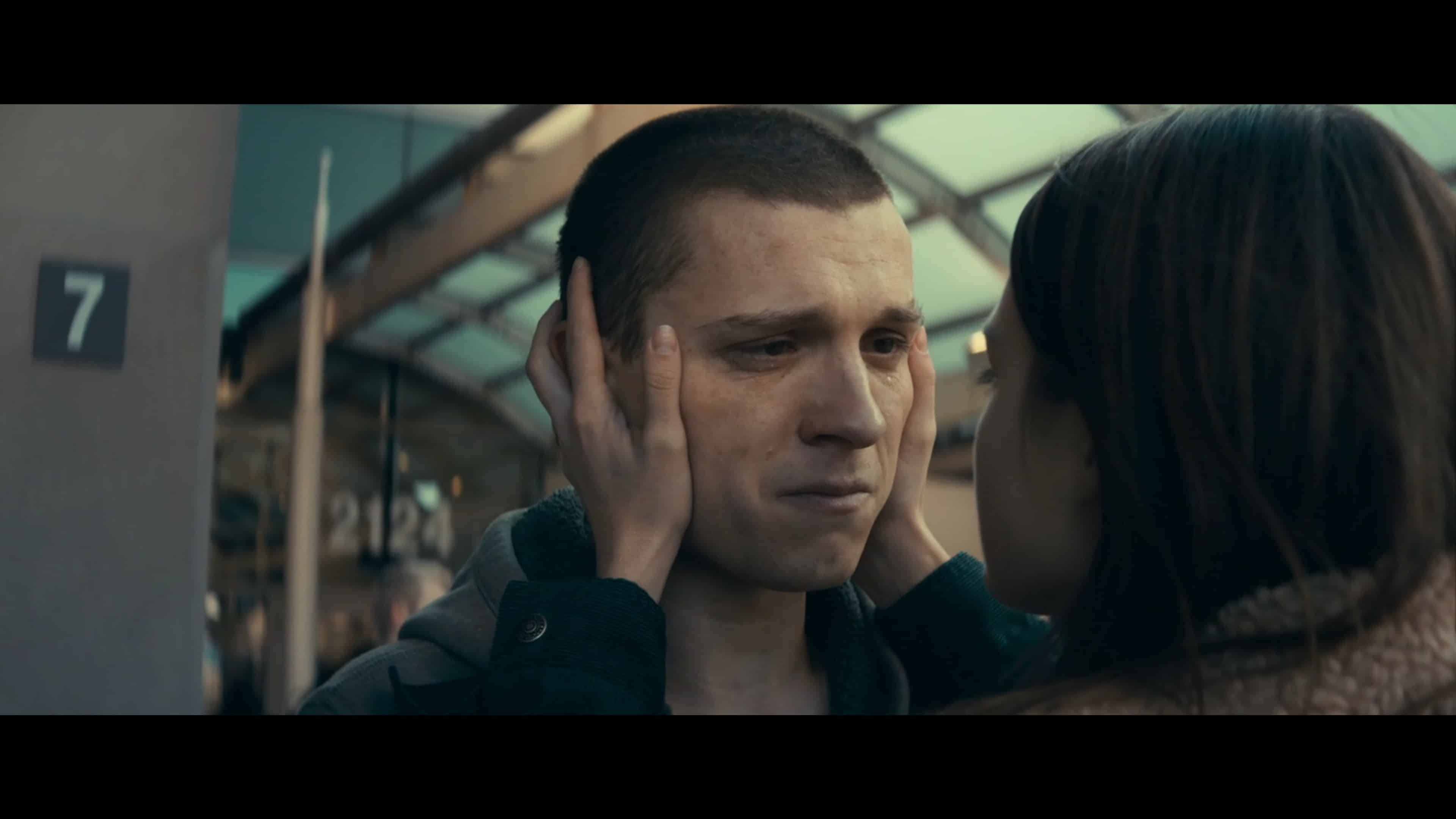 By the end of the film, in 2021, 37-year-old Cherry has lived quite a life. He met his college sweetheart in 2002 and broke up with his high school sweetheart in the same year. In 2003 he got married and joined the military as a medic and spent two years overseas. Upon his return, he couldn’t deal with his PTSD, which included lack of sleep, as well as blood coming from orifices they aren’t supposed to, so his childhood friend gave him drugs.

Said drugs, of which OxyCotin and heroin were the big two, ruined the next two years of his life and even led him to rob banks to support his addiction since he couldn’t find a steady, decent-paying job. However, no matter how bad things got, his wife was by his side. 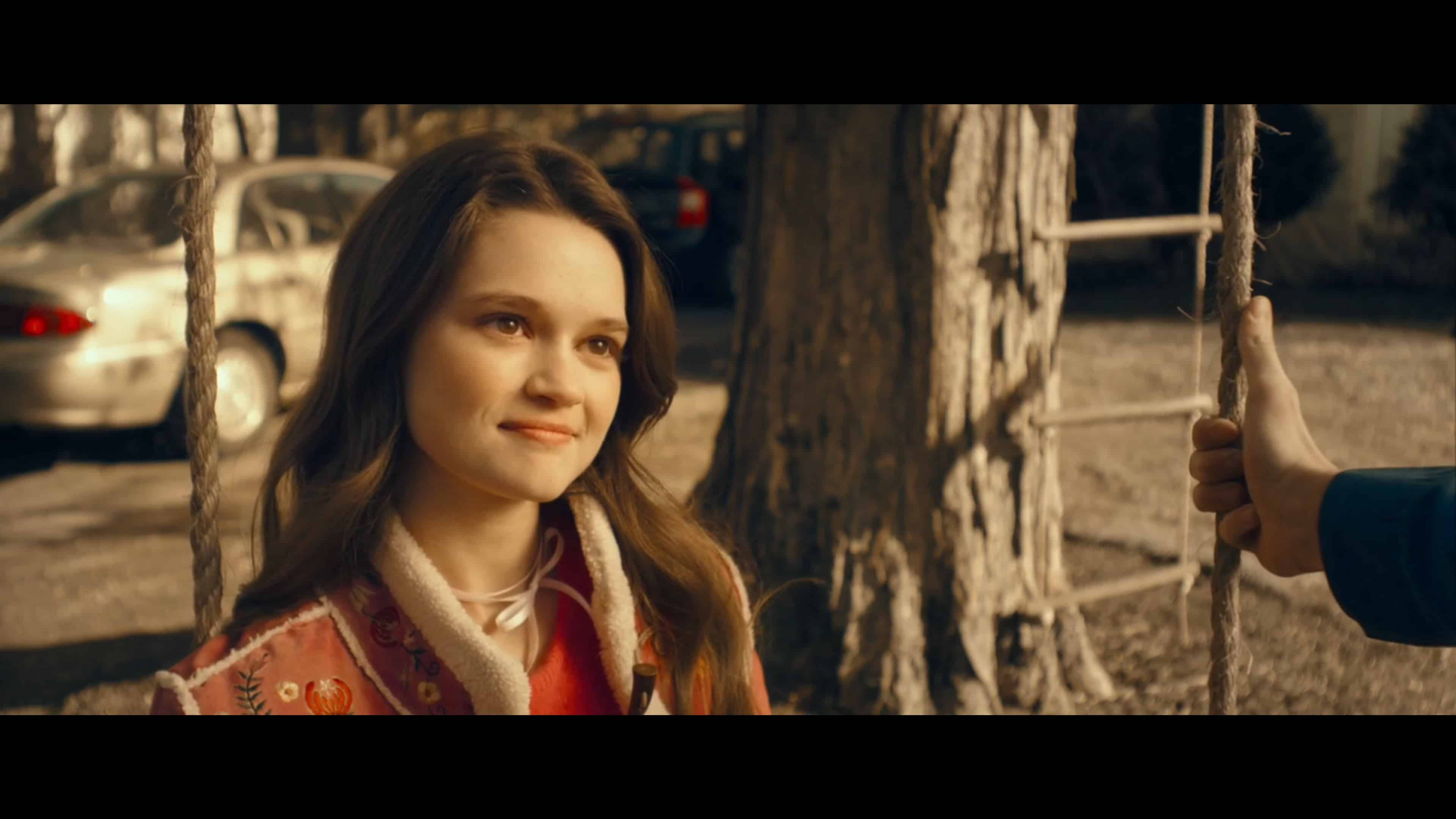 From Elba, New York, Emily meets Cherry originally in their shared college English class, and then again after the end of his high school romance. As an individual, her interest lay in teaching, and she makes a career of it. However, that almost gets derailed thanks to Cherry. You see, Emily has abandonment and issues with love thanks to her father cheating on her mother. So, once she falls, unquestionably, in love with Cherry, she is hooked.

Unfortunately, this also applies in terms of her doing drugs. Originally, she wasn’t an addict, but she decided to get high since Cherry is doing so, which sends her down a dark path. However, unlike Cherry, she is a functioning addict that can hold down a job. Plus, while getting the next score is always an issue, losing the house is not due to her family helping out. Though as things go from bad to worse, there comes a point where you’re left to wonder not only if the relationship may make it, but will Emily?

After a series of bank robberies done solo, Cherry tries to involve his childhood friend and dealer. However, neither go with the plan set out, and this causes issues. The big one being his dealer dying due to his friend not wanting to take him to the hospital. This leads to the breaking point for his dealer’s supplier tries to keep him hooked into robbing banks, and instead, Cherry allows himself to be arrested.

Mind you, he tries to overdose before taken in, but he ends up surviving and doing a 14-year bid. As for what happened to Emily during all this? Well, this movie isn’t about Emily, so we don’t know. Also, the film does a montage that doesn’t include Cherry getting letters, phone calls, or visits. So all we can assume is that with Cherry in prison, Emily’s family swooped in and got her into rehab.

Which may make you wonder, “What about Cherry’s dealer’s supplier threatening Emily’s life?” Well, it seems nothing comes of that, for after Cherry gets on parole, Emily is right there, as always. Leaving us to believe, though perhaps more so hope, for a happy ending.

Does Cherry (2021) Have Prequel/ Sequel Potential?

Technically yes. Considering 14 years passed, with us being led to believe Emily and Cherry didn’t speak to one another, there is a lot of catching up to do, and noting Cherry still has his wedding ring, we can assume they haven’t divorced. Now, in the sequel, they could cover that 14-year gap and what happens going forward.

However, with that seemingly not in the source material and no real push for a sequel, there isn’t a likelihood to see more of Emily and Cherry’s story.