TellTale Games’ Batman: Season 2 (The Enemy Within)/ Episode 4 “What Ails You” – Recap/ Review (with Spoilers) 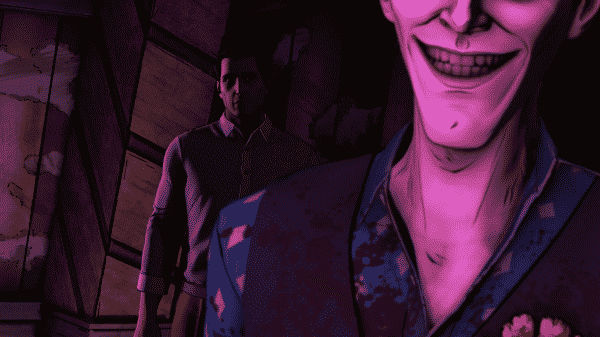 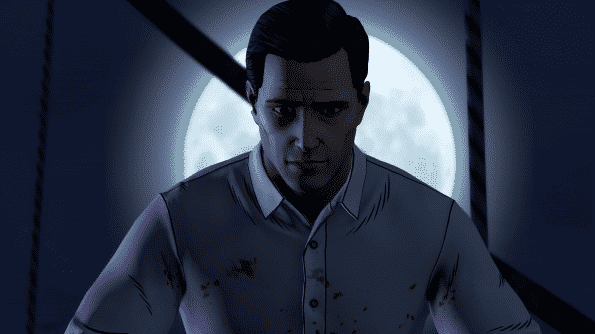 While perhaps the shortest episode ever released by TellTale Games, since they became licensed heavy, glimmers of the Crown Prince make up for the 80 minute playing time.

Episode Focus: Can You Turn a Mad Man Into a Hero? | John, Bruce, Waller, Avesta, Harley

You’ve been spending around 4 episodes this season, and half the first season trying to get to know John. Maybe befriend him, use him for Waller’s desires, or just enjoy crafting who more than likely will evolve into The Joker. In fact, he snaps a little bit this episode. Yet, there comes the question, how long will you stick around and considering you are privvy to John’s fate, see all the calling cards of Joker, will you betray him directly?

Well, I remain loyal to John to the point he seemingly will become a mad vigilante. I mean, he even picked me over Harley. Do you know how insane that is?! Especially considering how many times I nearly screwed him over? Well, as Joker tells Agent Avesta when he met her, it is just that Wayne charm. You got to be careful of it. Let me tell you, this episode flies by. At 80 minutes, it feels like the shortest episode of any game, I ever played at least, from TellTale Games. Mind you, this includes screwing up, multiple times, when you are about to confront Bane, Freeze, Harley, and John at Sanctus labs. This includes me, as usual, getting distracted and leaving the game hanging, and seeing the percentages at the end of the game. So, really, this might be 70 – 75 minutes.

Which, honestly isn’t so bad since this vibe that we were going to see John evolve, or devolve depending how you see it, into The Joker was worth it. Plus, with Harley likely taken done, Bane out of commission, and Freeze, well we aren’t really sure if helping him allowed him to escape – but, either way, it makes it so John is the only one you need to focus on in the finale.

Leading to you confronting either the monster you made or the misguided vigilante who has his own definition of justice you may find hard to agree with. Especially considering how much the episode talks about Batman’s code. Meaning, more than likely John is going to want to use guns and despite all the times you sweet talked him, coddled him, made him feel like a special boy, your charm may no longer work.

Between the trauma which is still affecting him, from season 1, and old age, Alfred collapses. Of which pushes Tiffany to become more involved since, let’s face it, Alfred can’t keep up with you for too much longer. The stress of worrying about you, perhaps being attached, and even his guilt over enabling your father, it is becoming too much. Add on Alfred isn’t fond of doctors, of the mental or physical kind, and it really makes it so leaning on Tiffany doesn’t sound like a horrible idea.

Yet, there isn’t a real option to ask Tiffany to help you. She conveys she has designs and is aware of the dangers you are in. However, it isn’t clear if between her or Catwoman, who in my play through is alive and well, if either maybe available for a last minute save when you need it the most.

With how uneventful this episode was, minus the first signs of John becoming Joker, I feel like someone major is going to die in the next episode. I don’t know if it might be Selina, Alfred, Tiffany, or perhaps you sacrificing John, but I foresee the kind of decision which hopefully won’t have a time limit.