Life Is Strange (Before the Storm): Season 0/ Episode 1″Awake” – Overview/ Review (with Spoilers)

With the entertainment industry’s reliance on sequels and prequels, I have to admit there was some hesitation when I bought this game. However, with me being teary eyed now, damn am I glad we got a prequel. One helping us to understand Chloe’s relationship with Rachel.

After Chloe’s dad died, and after Max left, she didn’t have much. Her mom began moving on, with David, and while, at least in my play through, she had a lot of acquaintances, people she would actually hang out with, maybe talk about some dark s***, didn’t exist. That is, until Rachel Amber.

Someone who is touted as the Queen of Blackwell so when we encounter her at a party, and she comes to our rescue after dealing with some douchebags, it is a big deal. Especially since we take a selfie which ends up on social media, making everyone think we’re friends. Something that has to be corrected repeatedly for it is all anyone wants to talk about.

However, the illustrious Rachel, who is one of the main things Chloe talks about in season 1, is finally experienced in the flesh. This good girl with a bad side. Someone who enjoys Chloe’s sarcasm, wit, and appreciation for mischief. But, it is really her heart that Rachel comes to love. Leading you down the road, if you so choose, to fully relive one of Chloe’s first romances. One which season 1 reveals how it ended. 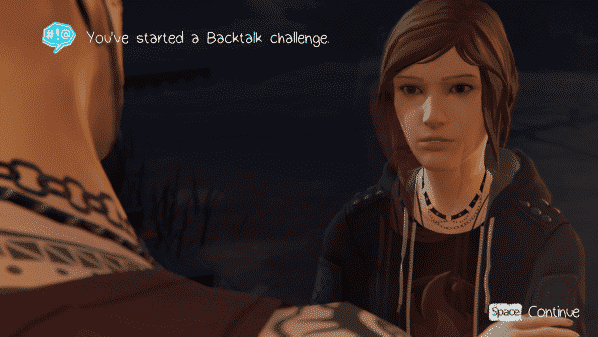 Being that I pretty much suck at any genre besides those that are story driven like what DONTNOD, and TellTale make, I always enjoy when they find ways to present new challenges. In Life is Strange: Before the Storm, it is through the Backtalk challenge. Where, basically, you use Chloe’s snark to try to get over in conversations. Be it with a bouncer to get into a rager, with David, someone bullying Nathan, or this really fun Dungeons and Dragons scenario which may sound boring, but was so much fun.

It Makes You Fall In Love With The Franchise All Over For a lot of series or franchises on here, I must admit I keep watching, playing, and doing overviews simply because I figure “Well, I’ve come this far.” A thought which did come into my head when I originally put this on my calendar and even when I purchased this off Amazon. However, as I got used to, once more, Chloe’s snark and teen angst, as well as how she is written and voice acted, I felt reminded of why I loved the first season all over again.

Especially as we got past her being a little s*** and were reminded of the trauma of her losing a parent and how, when Max sort of abandoned her, she didn’t have anyone to really turn to. At least, someone, she trusted with the pain and the secrets she was gathering. So when Rachel comes into her life, it led to almost a rush of emotion. Not just because she was a semi-mysterious figure in season 1 but because the game really makes use of the nearly 3-hour play through to establish it wasn’t just a simple crush or two sort of outcast trying to get the hell out of Acadia Bay. There truly was something there and having your hand in it, truly it was kind of magical.

Probably the main reason I damn near hit 3 hours was because I try to look at everything, talk to everyone, and get my money’s worth. But what makes me enjoy DONTNOD [note]I should note that a different studio handled this game but season 2 is going to be handled by DONTNOD. [/note] over TellTale is you actually get rewarded for doing such. In this episode, it was mostly in additional dialog choices which would help with your back talk but I believe other things may be added as well. There is a minor inventory system and it seems such things, like taking money or not, could have long term consequences.

The Graphics Haven’t Gotten That Much Better

I’m not a big graphics person but for those who think, after about 2 years, and with a different studio, they would have upgraded the looks of the game, you may be disappointed. For while as artsy as ever with the style chosen, pretty much it seems the graphics engine used hasn’t changed at all. 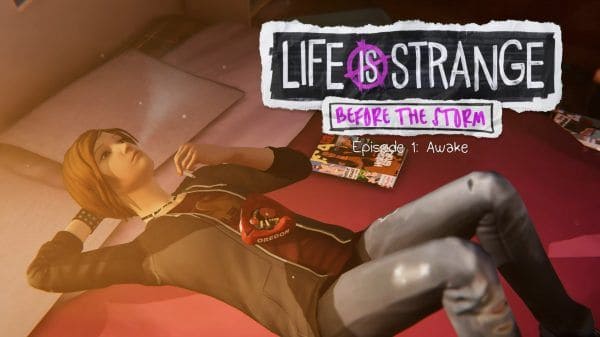 I’ve been in a bit of a rut since a lot of the shows and movies I’ve been watching have dulled my senses. Making the smack in the face, with a wet rag, Life is Strange: Before the Storm provides quite refreshing. I feel awake, less numb and complacent, and with almost three hours of gameplay, I feel like I got my money’s worth. Something I feel like I’m decreasingly saying about things I purchase.