Howie is given some backstory as David and Emily’s marital woes return to the forefront, and Zoey tries to resolve her love triangle.

Something Has To Change: Max, Ava, David, Emily, Zoey, Maggie 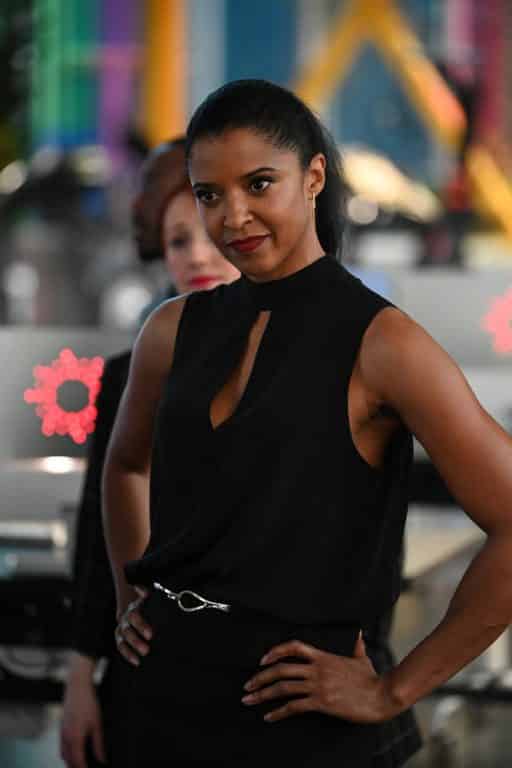 Max is still perplexed about where Zoey stands when it comes to him, and where he stands when it comes to Zoey. So with being offered a promotion by Ava, Joan’s equivalent on the 6th floor, he uses that to test Zoey on whether she could let him go. Which, with her fine with him going upstairs, for she wouldn’t want to hold him back, that gives him the answer he needs.

And as that happens, Emily, who has missed being intimate with David, finds Maggie and Zoey helping her to reconnect with her husband. So, to thank them, she uses her corporate lawyer money to get Mitch a chair that can take him upstairs. Thus allowing Maggie to sleep in the same bed as her husband again.

With seeing Zoey so close to Mitch, this triggers Howie into thinking about his relationship with his daughter Abigail. Someone who is deaf thus Howie is very protective of her. Which, in Zoey’s mind, is cute, but Abigail finds restrictive and also rejects how much fear that used to create when it came to her life. But now she is fearless and wants to go to Kenya to use a program she made to help teach kids English and ASL. Thing is, Howie doesn’t approve, even though Abigail got a grant to go. 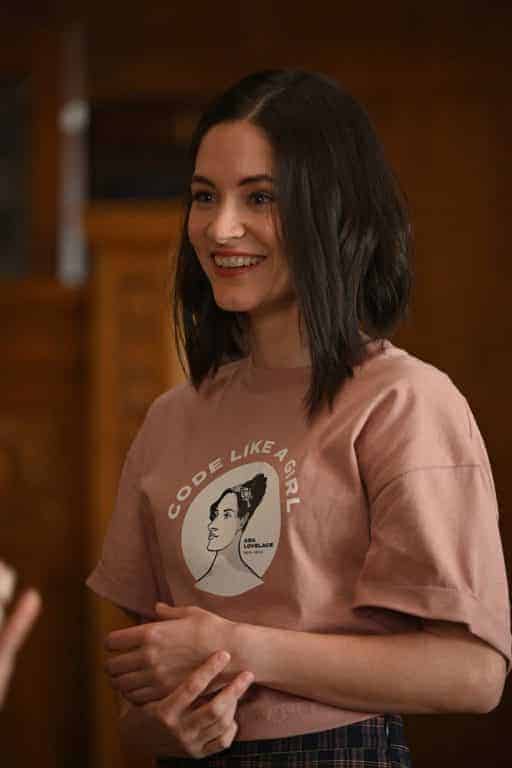 However, rather than drag this story out, it gets resolved before the hour is over. For it changes from Abigail not having her dad’s permission, which she doesn’t need, to how often they will talk and what she’ll use to see at night.

Tempted By The Chemistry With Another: Simon, Jessica, Mo, Zoey

Based on Mo’s observation, when they went to confront Simon, he isn’t a bad guy, but a good guy caught in a difficult position. Because of that, Mo isn’t sure what to do, so Zoey is just upfront about her feelings, notes she refuses to be the other woman and seems to cut things off. But with, the following day, Jessica and Simon singing to one another, at the office, what appears to be a breakup song, who knows what’s next?

While we expect Howie’s daughter, and his backstory, to get as much focus as David and Emily, at least we have an idea who he is beyond this jolly giant. He is a veteran, might be dealing with minor PTSD, and he has a daughter. Now, what happened with the mother of Abigail and who she is? Well, that’s something the show can follow up on. But, as of now, with meeting Abigail, and Zoey spending time with her and Howie, he has really become part of the core group.

Well, at the very least, we no longer can say, “So, we’re just going to forget David and Emily’s issues?” For now they seem to have kiss, had sex, and made up? Granted, the way their relationship is written doesn’t give me much hope for what could come for Zoey, but I’m starting to realize this show is probably more interested in the pursuit of love than the maintenance of it.

Which I know, considering all Maggie does for Mitch, and her missing how things were, this may sound uninformed. However, the relationship Maggie has with Mitch is unique compared to everyone else. I’d even say Mo having someone seems more part of the obligation to pair everyone up more than anything else.

You ever wanted a character to be happy, yet it seems the only option they present is them dating one of two people? Thus leaving you to wonder, why must the main thing presented to make someone happy be another person? Much less, why must the pursuit of either one be so overly complicated? That’s where I’m at right now. Well, actually, I’ve always been here, but I will admit I did waver for an episode or two.

However, at this point, I truly would prefer Zoey being single and just finding a life beyond going to work and keeping up with her family. Because dating still seems like something Zoey perhaps wants to do, but I don’t think Max is the one and Simon, he just isn’t in the space to be anyone’s anything. His need to mourn his father, and him not going to a professional to deal with it, is what is complicating his current relationship. One that almost seems born from Jessica being at the right place at the wrong time and Simon latching onto her because she was available.

Hence his connection to Zoey since she was, like Jessica, available. It’s just Zoey is available in more than a physical and is available at an emotional level Jessica can’t give.

And with Max, while I recognize the actors have chemistry, something about their relationship is starting to become too much like a checklist. Making it seem you minas well get on board because Max is end game for he is just going to keep making grand gestures until he wins Zoey and you over.

You are right that this show makes Zoey’s happiness contingent on her dating either Simon or Max. Why? I think it goes back to my theory that this show is a musical, romantic, maybe not comedy, but romantic show. Thus, everyone needs to be paired up, including Zoey. And you are right that Simon is not in the space to be anyone’s anything (well put!), but I liked Max’s grand gestures so I’m on board. But this being Season 1 of hopefully many seasons, I know I have a long wait for them to get together.

Ava is being played by Renee Elise Goldsberry?! I did not recognize her. They better let her sing in the next episode!

Remember how awkward is was when Carly went to Morgan for advice on The Good Doctor because the writers didn’t want to show any of Carly’s friends? Multiply that by 1 million and you have the awkwardness of the scenes of Emily talking about sex with her mother-in-law! Ew!! No woman talks about sex with the mother of her husband! Ew!! Give this girl just one friend! Please!!