As Peach pushes the idea that she too is stalking Beck, Joe researches how to get rid of a body.

Beck gets her wish and gets to switch to Professor Mott’s group and that means she goes from being a singular focus to being part of a group. Which sucks for her since it means she has to deal with the worldly Blythe who has tons of stories thanks to her dad being in the state department. Meaning, she had to travel a lot and add in some time in Japan, knowing foreign languages, and seeming like one of the least annoying characters on Girls

With what Blythe said about being unremarkable, it kind of pushes you to realize Beck is only interesting because Joe makes her interesting. Yes her father had substance abuse problems, but so do many girls. She’s a writer in New York, as many are. You run down the list from blonde hair, uses Tinder for hookups, and so much more and you don’t really get a noteworthy girl. She simply exists and somehow caught someone’s attention. Thus making her seem grander than she is.

But, maybe that’s love? Finding someone who many may not think is special but presenting them with the idea they are. Not because of a unique fingerprint but because the mundane things they say or do seem like Maya Angelou to the ears, Basquiat to the eyes, and soul food to the tongue?

Steps To Take To Get Rid Of A Dead Body: Paco, Ron, Joe

Okay, so maybe Joe hasn’t killed someone before. Considering how Candice and Mr. Mooney are handled, you can’t blame a guy for thinking he did them in. Though, who knows? Maybe he just blocked it out. Either way, to get rid of Benji, Joe needs supplies and also needs to minimize the chances of anything leading back to him. So, he uses Paco. Problem is, Paco is a kid and Ron has an eerie feeling about Joe.

So, upon discovering Joe’s list, he calls the cops. Luckily, Joe has a garden in the back which explains his odd list. However, with hinting Paco is neglected, this makes Joe a bigger target for Ron. Possibly makes Paco’s home life a little bit worse. But, items do get secured so goodbye Benji!

Joe will kill again and it’ll likely be Ron who he kills. I’d even fathom Paco seeing it because there is just something here which pushes the idea Paco is going to know everything. I refuse to believe he is just going to be this adorable kid who naively helps Joe do bad things and repeatedly almost stumbles on the truth. You can’t feed a kid all these books, and give him food, without him wanting to know more. Never mind, with Joe being nurturing like he is, I’m sure Paco will want to help him. Either with his crazy or else he’ll stumble unto something trying to be helpful.

And You Were So Perfect: Peach, Beck, Joe

There is something about Peach which raises a red flag. Not just this vibe she is maybe trying to mold Beck into a minion, maybe a lover, or perhaps being jealous of her in some way. No… I’m starting to think she stalks Beck too. It’s just, as long as Beck is doing things which would make her run to Peach, be indebted to her in some way, she lets it happen.

However, Joe is a different story. He saved her from death, is a consistent name brought up and Peach doesn’t know him. He isn’t on social media, not rich enough to be on anyone radar, and this worries Peach. How does she keep control of Beck if the man she is seeing isn’t predictable? Well, with an oddly quick discover of her Wizard of Oz

book missing, noting he is a thief helps. Though, ultimately, may not be a card Peach needs to play. 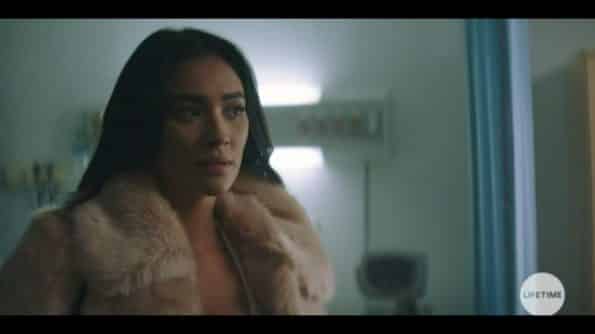 If Joe was perfect, he wouldn’t have to stalk girls – they’d be stalking him. After all, look at all the effort he puts in. Granted, as a stalker, but the way he adapts his life to fit Beck’s is damn near like how we often see women in media, especially young teens. Joe has it where his employee opens up the store so he doesn’t have to worry about that. Gains access to all of Beck’s accounts and… let me step back since I’m romanticizing his crazy.

There are so many things to question when it comes to why Joe came in a snap but the big thing to wonder is can he recover? I mean, maybe, as Trina once said, “If you can’t beat it up then eat it up

” and that is how Joe can compensate? He was willing and ready in the furniture store so we know he has no qualms about it.

My worst fear […] is not to be bad but unremarkable.
— Blythe

I don’t know who I am, so how am I supposed to know what I want?
— Beck