Can Wednesday right wrongs, and someone not die in the process? Find out in the finale of “Wednesday.”

A Major Setback, But Not A Total Loss – Tyler, Wednesday, Larissa, Sheriff Galpin

Wednesday being wrong about Xavier only leads her to want to quickly confront Tyler, with the Nightshades backing her. But, as she tries to force him to transform through torture, she scares them off, and with fear she may kill Tyler, they snitch on her to Larissa, who immediately calls the Sheriff.

Now, because she got Xavier pinned for the killings, he lets go of his son being kidnapped and tortured, which seems immensely strange. But, as Wednesday gets admonished by Larissa for pressing the matter, she finds herself knowing the next move is expulsion. But before she can leave the police station and deal with what she knows will come, Tyler reveals everything in a confession, which only infuriates Wednesday. But, with Larissa, in fact, having Wednesday expelled, what can she do within 24 hours that couldn’t be done in days or weeks, if not months?

Many times Larissa has said if Wednesday had only let her in, she would have helped. After all, Larissa wants to protect Nevermore Academy and everyone there, including Wednesday. Yet, Wednesday, so focused on one piece of the puzzle, she avoided the much larger mosaic, led them to be at an impasse. At least for a time.

For after Wednesday says her goodbyes to Eugene and Enid, she confronts Marilyn. Now, why Marilyn? Because Eugene reveals he saw what wasn’t black but red boots, and despite anyone being able to get red boots, being that it apparently was part of Marilyn’s signature style, Wednesday finally realizes Valeries wasn’t the Hyde’s master. So she works with Larissa in hopes of solving the mystery. Which she does, but while Larissa can transform into anyone, as she does Tyler to trick Marilyn into a confession, she doesn’t take on their powers. So with poison on her person, Larissa is stabbed in the neck and killed, and Wednesday is hit with a shovel that knocks her out.

This leads to the reveal Wednesday was needed to release Joseph Crackstone from the grave after Goody trapped him with blood magic. So, Wednesday’s blood is used to free Joseph on the night of a full red moon, and Wednesday is killed once he is revived. Thus, Joseph and Marilyn, Laurel, head to Nevermore to finish Garret’s task. But Wednesday doesn’t die as Goody heals her, at the cost of now no longer being able to appear to Wednesday ever again due to being absorbed into her person.

Now, it isn’t made clear when Goody enters Wednesday if that means new powers or anything, but she does get a second chance at life. Also, luckily, while the Nightshades betrayed her before, thanks to Eugene and Thing, they are warned, prepping and damn near ready to be the society that is far beyond a social club. Enid, who learns about the Nightshades, finally, wolfs out, and this saves Wednesday from Tyler potentially killing her just as she leaves Joseph’s crypt. Sadly, Enid doesn’t kill Tyler, but she harms him enough so that he is no longer a threat.

As for Laurel and Joseph? Between Bianca and Wednesday, they handle him and lead to his demise. Then, when it comes to Laurel, Eugene shows up, reveals he has the power to control bees, and once Laurel is down, Wednesday kicks her in the head – which is the last scene we see with Laurel in it.

In the aftermath of the Battle at Nevermore, school is let out for the semester since a teacher tried to kill the students and succeeded in killing the principal, and there seems to be too much chaos to finish the semester as planned. So, Bianca gives her goodbyes and apologizes for nearly getting Wednesday expelled. Enid invites Wednesday to San Francisco and doesn’t attempt a second hug, after getting a full embrace after the battle, and Xavier? Well, he gives Wednesday a phone with his number in it, seemingly thinking, after showing up, thanks to Thing, and trying to take out Joseph, maybe he won some brownie points.

Sadly, for him, his bravery doesn’t appear to lead to Wednesday being ready to trust or like another boy. However, she keeps the phone, and on her way back to New Jersey, she gets a text from someone threatening her life. Which is strange since she just got the phone, and besides Xavier, who else would have the number? But, to make matters worse, or interesting, depending on how you look at it, it seems Tyler has escaped custody, and with Laurel, who knows where, they may get another chance at destroying Nevermore and killing Wednesday Addams.

While Larissa’s death was a lame moment, it doesn’t take away from the fact she died. On top of that, the ramifications will be notable since her way of trying to have peace with normies and Jericho surely won’t be repeated by whoever the selection committee is for a new principal. This sets up a new and notable principal coming about, who surely will be radical in ways Larissa didn’t want to be.

I’m sorry, but it felt like lazy writing that Tyler confessed what he did in what damn near looked like a weird dream sequence, and then Laurel just dropping her act? I get this is the finale, and this storyline needed to end, but considering the long build-up, the people hurt and even killed, them just giving themselves up like that and underestimating Wednesday was eye-roll inducing.

Wednesday Having A Stalker

Considering Laurel and Tyler weren’t killed in the battle, that was enough. Never mind Wednesday, barely bypassing getting expelled. So Wednesday having a stalker? It pushes the idea we’re going to have another lackluster storyline, assuming this gets a second season, that will remind you that while they know how to write Wednesday, as for the world she is in and interacts with, we’re likely to get inconsistent quality again.

While The Battle Was Epic, The Aftermath Was Mediocre

Joseph just turned to dust, Marilyn, aka Laurel, was kicked in the face, and no sign of what happened to her was offered, and Tyler escaped and wasn’t killed as it seemed Enid might have done for a moment. In a way, considering how the Laurel and Tyler confession went and the whole arc of figuring out who the monster was, maybe this should have been expected. But, at the very least, the battle was notable, and considering we got Enid and Wednesday hugging? I guess we should see that as a silver lining? 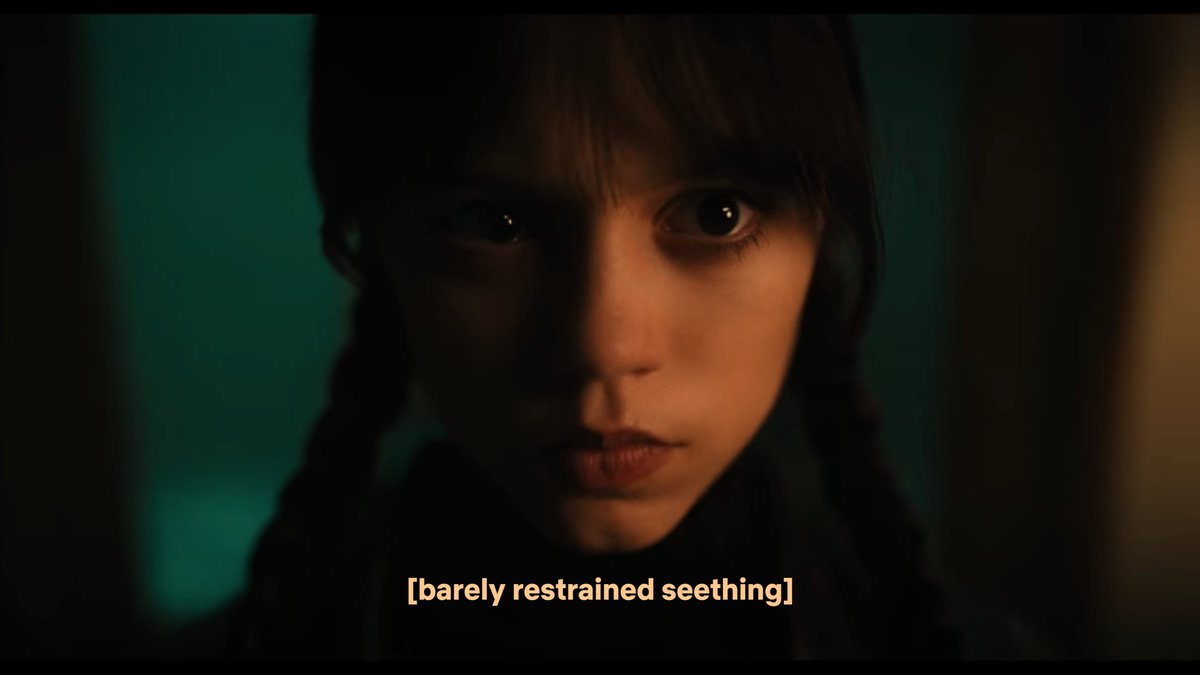 Wednesday: Season 1/ Episode 8 [Finale] – Recap/ Review (with Spoilers)
Overall
While the worst part of season 1 of Wednesday didn’t compensate for its mediocre, if not outright terrible development, at the very least, the final battle was good. Also, we got some cute, emotional moments, and while the tease for a second season was lackluster, we know there is an intention to continue the story both within the show and through multiple outlets, including the creators of the show.
Community Rating1 Vote
88
Highlights
Larissa Died
Disputable
Tyler and Laurel Confessing
Wednesday Having A Stalker
While The Battle Was Epic, The Aftermath Was Mediocre
74
Subscribe to our mailing list