It’s Wednesday’s 16th birthday, and while everyone is trying to celebrate her, she exploits them for the sake of her investigation.

You Can’t Expect A Positive Reaction For Things Not Asked For – Wednesday, Enid, Tyler, Xavier

It’s Wednesday’s 16th birthday, and Enid surprises her. This isn’t welcomed, and while many contributed, including Tyler with the cake, and Xavier, via showing up, Wednesday isn’t impressed. Granted, her parents would go all out to make something that could make her happy, so the precedent is set high. But, at the same time, Wednesday is very committed to being too cool and above it all.

However, Tyler and Xavier try to use the day to see where they stand. With Xavier, things remain awkward, but with him being able to help with the investigation, there was a path to them having a cordial relationship. But with it becoming clear how deep his feelings are, including the discovery of a piece he did of Wednesday, she exits his gallery space quickly.

As for Tyler? Things haven’t necessarily gotten better between the two since the dance. He still is unsure of the state of whatever they are, and she isn’t providing clarity. The investigation stands as her priority, and it increasingly seems he may never move up on the totem pole.

With her mom’s words and threats lingering like a dark cloud, Bianca takes note of Lucas wearing a bracelet from her mom’s cult and advises him to get rid of it and the app he subscribed to. Their initial conversation triggers the possibility of a second one at the Weathervane.

Now, at first, Bianca thought she was going to get stood up, but Lucas eventually shows up, and there is a fruitful conversation. One which leads to a bit of vulnerability as Lucas speaks on people having low expectations of him and why he planned an attack on Nevermore, and Bianca speaking on the trauma her mother caused.

All of which leaves you to wonder if Lucas and Bianca have just formed a friendship or maybe something more?

Wednesday wants to control her powers, but Goody doesn’t seem willing or able to help her. Instead, she makes it appears the powers are just something you have to hope doesn’t overpower you. Which is frustrating for Wednesday, but with being guided to a clue for her investigation, Goody is forgiven, for now. Especially since, between Xavier and Tyler, Goody points her towards the old Gates home, Garret’s former home, and with it seeming Mayor Walker may have found something, this could be big.

However, Wednesday finds only one obstacle after another. She sneaks into Mayor Walker’s car, only to watch him get hit by a car as Mayor Walker seeks to report something to Sheriff Galpin. Which based on what Galpin says, Mayor Walker, back when he was Sheriff, loved to pitch and go back and forth on theories, especially on cold cases. But it seems whatever he discovered was a biggie.

But, with the Mayor getting hit, this means a curfew and lockdown for the town, and of course, Larissa expects Wednesday to adhere to it. That doesn’t happen, and she finds herself dragging Enid and Tyler into her work, with it leading to Tyler being attacked, much to the chagrin of Sheriff Galpin, and Enid freaked out to the point of feeling exploited. Especially since, while Wednesday finds the missing body parts, an altar to Crackstone, and even the car which hit the Mayor, by the time she can report all of this, the Gates mansion is clean. Thus making it seem Wednesday endangered two people for nothing.

Hence Sheriff Galpin forbids Wednesday from being around his boy, and Enid decides to leave the room to be where she is wanted and valued. Oh, and Larissa, she is all but ready to expel Wednesday, but with finally being let into what Wednesday is investigating, specifically the initial trigger of Rowan’s prophecy about Wednesday destroying the school, though she may end up saving it, Larissa gives her one more chance. But with losing most of her allies, who knows if Wednesday will be able to finally solve the mystery.

There is no controlling a raging river. You must learn to navigate it without drowning.
— Goody

It isn’t said if Wednesday ever made friends in her life. We know she gains attachments, but friends is a totally different investment. So with Enid, who makes things for Wednesday, throws her parties, tries to get her involved, and so much more, I wonder if she is the first person Wednesday wasn’t related to who does so much? I mean, this isn’t to discount Xavier or even Tyler, but they are boys with crushes, and I don’t think Wednesday cares too much for romance or the kind of intimacy they are in pursuit of. Mind you, neither has pushed to touch or be physically intimate, but simply know her beyond the surface.

With Enid, though, it’s different. Maybe just by living with Wednesday, she has seemingly gotten past walls, moats, and traps and has found a space she could inhabit. One where she thought she was welcomed and even gave room for Wednesday to be herself, despite their differences. Which I think is what scares Wednesday. She isn’t just secure in being an outcast but treats it as a safety blanket. If she feels rejected from the start, no one can have the power to reject her.

So, already overwhelmed by the attention of boys but being able to subvert them because of the example her parents set, which she isn’t ready for, Enid probably pushes her over the top. Maybe to the point of not knowing her feelings since she can’t treat Enid like she would Eugene, and just relate to what she feels for her and compare it to what she does Pugsley. But at the same time, she can’t see her as she does Xavier and Tyler because there is nothing romantic there.

And when you consider that the Addams family doesn’t set precedents for healthy friendships, this could be new ground for Wednesday and the entire family.

This Investigation Is Really Run Of The Mill

Increasingly, the investigation seems like a ends to a means. It’s just a vehicle to show that, whether someone with Asperger’s or not, Wednesday can easily be hyper-focused on a task and callous towards people required to reach her goal. For the highlight with this show is purely Wednesday’s interpersonal relationships. Hence, the storyline with her father was so good, because it dealt with Wednesday’s unique way of showing she cares. She does this by redirecting her nature to benefit someone else.

Which is likely why this mystery is lackluster. Nevermore Academy is a place she is warming up to, as are the people, but she isn’t trying to save or defend anyone in particular through this investigation. Even in the case of Eugene, while knowing who attacked him would relieve her guilt, he’s a new character. Eugene is someone she has known for, maybe, months. Much less, as much as he is a stand-in for Pugsley, he isn’t Pugsley. So while you can see the emotional connection, it isn’t strong enough for you to feel like Eugene isn’t fodder, like how Wednesday treats so many in her life at Nevermore.

And you could submit Wednesday has kept Xavier off the Sheriff’s radar, and with Eugene, she told him to not go into the woods alone. But you can’t discount all she has done and said to or around them to have them want to help or join her. Add in, as socially obtuse as she may seem, Wednesday isn’t stupid. She knows what people are capable of and how to manipulate them, so you can’t let her off the hook. 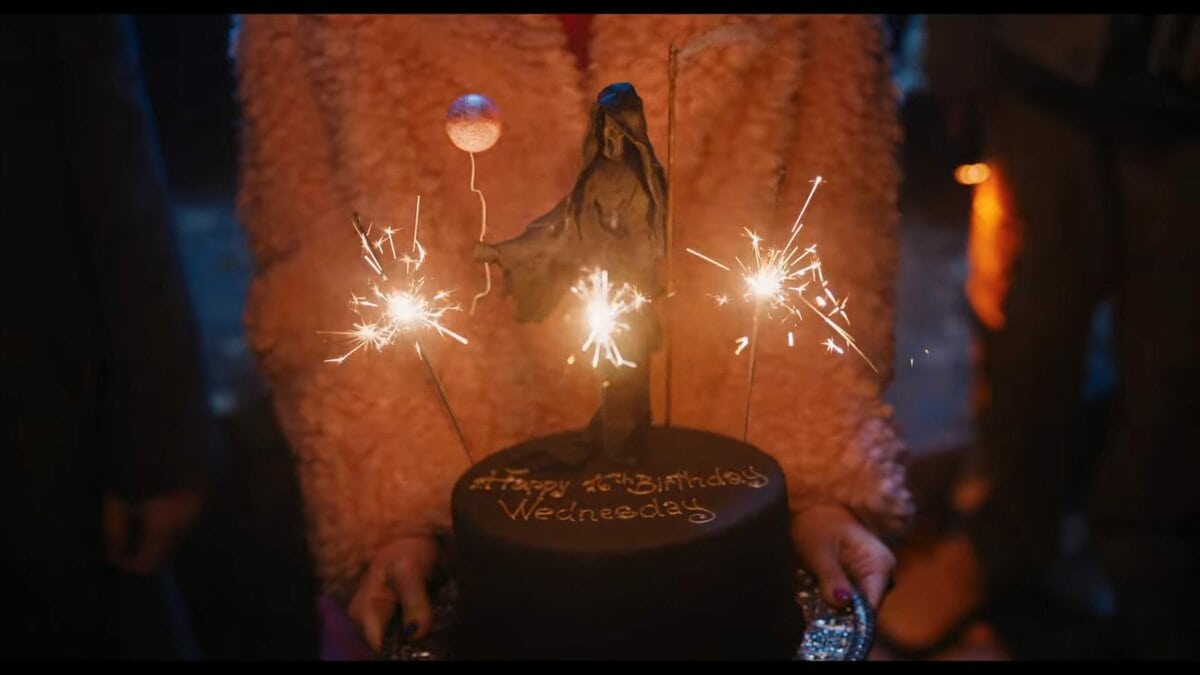 Wednesday: Season 1/ Episode 6 – Recap/ Review (with Spoilers)
Overall
“Wednesday” makes the interpersonal relationships far more compelling than the murder mystery, almost as if the mystery is just meant to create conflict rather than be a central focus.
Community Rating1 Vote
100
Highlights
Questioning if Enid Is The First Person Not Related To Wednesday To Try This Hard
Disputable
This Investigation Is Really Run Of The Mill
82
Subscribe to our mailing list