Wherever I Look
Recaps, Reviews, and So Much More
Home TV Series We Are Who We Are: Season 1/ Episode 6 “Right here, right now #6” – Recap/ Review (with Spoilers)
TV Series

As Fraser has the night of his life with Jonathan, Richard desperately tries to reconnect with Caitlin and, at the very least, slow down Sarah and Fraser’s influence.

While Sarah and Fraser have been molding and influencing Caitlin for a while, it isn’t until Caitlin’s haircut does Richard notice something has changed. But is it too late? Mind you, when Caitlin is asked to join Richard to go hunting, she isn’t against it and even has fun.

However, it becomes clear he is still very stuck in the dynamic they once had and isn’t trying to be part of Caitlin’s growth. Rather, like what Jennifer is experiencing, there is this desire to keep things the way they always were. Which, for Caitlin, now that she sees there is more to life than her dad’s way and what is available at the base, what’s comfortable for him isn’t good enough. She knows there are options, that people can live their truth, and she wants to figure out a way to not only do that but also be comfortable doing so.

The Boy Of My Dreams – Fraser, Jonathan, Maggie, Sarah, Marta

It can be said that no one, Fraser included, likely is sure of his sexuality. What is clear is he has a fascination, if not outright crush on Jonathan, and for the sake of having some male energy around her son, Sarah allows them to spend time around one another. For Maggie, she isn’t that comfortable with it since Jonathan is 30, and him spending time alone with a teenager makes her uncomfortable. Yet, as Sarah decides to, over and over, she is reminded she isn’t Fraser’s mom and has limited rights when it comes to him.

Though, for the most part, Fraser and Jonathan’s outing is innocent. Yes, when Jonathan decides to pee in public, he invited Fraser to join him, which leads to Fraser sneaking a peek, but beyond that? It’s innocent. Jonathan even invited a friend, Marta, to join them, and they do karaoke all through the night. 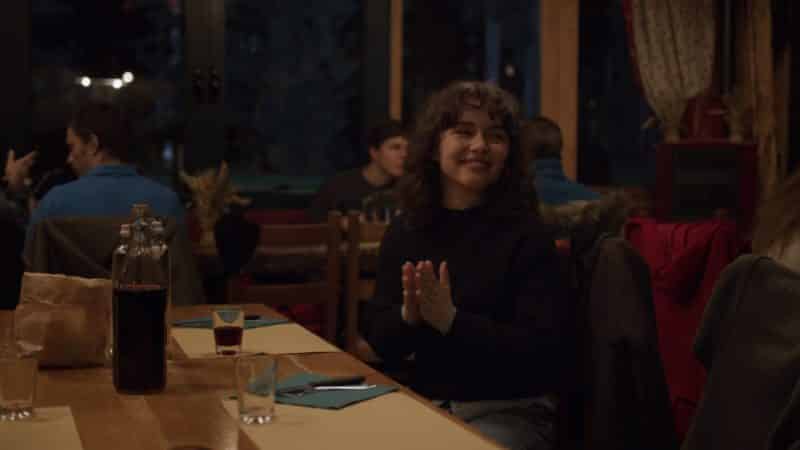 Now, as for how Sarah feels after her son spent more than an afternoon with a grown man? Well, joy. Granted, she’d love if Fraser would share what happened, but after being on a silent punishment for 12 or so days, she’s just glad he is talking to her again and is close enough to smell him.

The Beginning Of The End – Sarah, Caitlin

Richard’s threats and attempts to keep Sarah from Caitlin are perhaps for naught now. The woman who proves you can be gay, not follow gender norms, and yet still be open and in power, she presents Caitlin a flier to see a psychologist about gender identity and openly puts out there knowing Caitlin desires to be a boy. An idea that, once Sarah presents it, sends Caitlin on an online journey to see how to inject testosterone and really be who she sees herself as.

Loving someone who can’t love you, that hurts.
— Richard

Knowing Sarah’s upbringing wasn’t the best, you can see her try to be for Caitlin what no one perhaps was for her. This brings about the need to wonder, while the show doesn’t do flashbacks, will we get to know more about the adults? For with Fraser attaching himself to Jonathan, could it mean Sarah will use Caitlin as a means to share her story, journey, and allow us to know who Sarah is beyond Fraser’s mother? Then, in turn, maybe get to understand whether or not Caitlin’s relationship with her mother is non-existent as it seems or if the show just doesn’t want to focus on it? 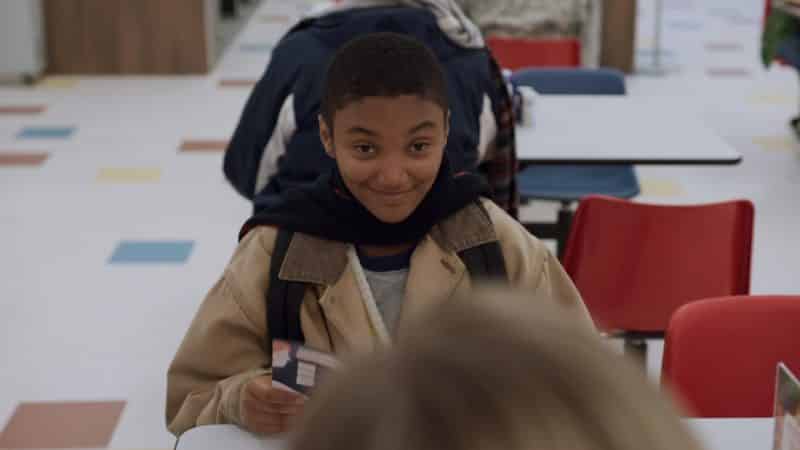 When it comes to Richard and Sarah, they are worlds apart in more ways than one. However, when it comes to their biological child, you see that need and desire to connect despite anything said or done. Richard, whose conservative viewpoint we’re still not sure the extent of, beyond putting America first, clearly doesn’t like the changes Caitlin is going through, yet he can’t help but want to connect and be there in some form or fashion.

After all, while she may not be what he agrees with, when have you heard of Richard talking about his parents, a sibling, cousin, or any other family? Heck, even with many of the boys looking up to him, that doesn’t compare to his flesh and blood. So, it is likely he’d put up with a lot just so that he wouldn’t lose Caitlin.

Which, for Sarah, is clearly the case when it comes to Fraser. We’ve seen him beat her, and seem like he is more than willing to murder her. Why? Well, there are theories. One being that she is the root of why he feels unhappy, maybe there is an issue of him wanting to love her yet also being repulsed by her since she doesn’t love him how he wants to be loved? Heck, it could be Fraser wants her to try to control and limit him, and her unwillingness to fit the narrative he wants is why he lashes out?

Either way, Sarah, despite it all, wants her baby close. Hence her, weirdly, smelling the boy’s underwear and desiring to know, while he is in the shower, how things with Jonathan went. Likely because, like Richard, she has so few people she is genuinely close to that when it comes to her kid, they both use them to compensate for what they weren’t able to find in someone their own age – even their spouses.