Home TV Series We Are Who We Are: Season 1/ Episode 5 “Right Here, Right Now 5” – Recap/ Review (with Spoilers)
TV Series

As Caitlin takes a major step to defining her identity, a storm is brewing between Richard and Sarah, with their spouses playing notable roles.

Rediscovering Who I Am – Danny, Jennifer, Richard, Maggie

Maggie and Jennifer have grown close enough that Jennifer now openly talks about her past, and they are having an affair. As for why? When it comes to Jennifer, you can assume it is because her marriage to Richard was about providing Danny with a father, escaping her hometown, which was very homophobic, who she once was, and wanting to see the world. For while Richard was a contractor, so only there for a job, he took to Danny well, back then, and offered all Jennifer needed.

As of now? Well, while Danny recognizes Richard as his dad and Richard claims Danny, there is a clear disconnect between how he treats his child by blood and his child by marriage. Hence, Danny tries to reconnect, more and more, to his idea of what it means to be Nigerian and learn more about his biological father. Someone Jennifer avoids talking about.

Which leads to the question of why Maggie is having an affair? Again, nothing is said outright, but it seems that when it comes to her relationship with Sarah, while there is sex, love, and possibly comfort, as for passion? Maggie feeling like she is a priority in Sarah’s life? That might not be there. Hence her desires to connect with someone equally unhappy in their marriage, even if for different reasons.

The Loneliness Can Get To You – Jonathan, Fraser, Britney, Sam, Caitlin

So, Sam and Britney are officially dating, and despite that look Britney gave Caitlin in the last episode[1], she tries to make it clear it isn’t spiteful. She has loved him forever and wants things to be cool between her and Caitlin. However, even with Sam ending things without drama, that doesn’t mean Caitlin doesn’t feel a certain kind of way.

Yet, with Fraser by her side, she isn’t necessarily lonely for company. However, as Fraser made clear before, he doesn’t feel anything romantically, or even sexually, for Caitlin. But he does still have desires and crushes. One of which being Jonathan who he spots while seeing the “Ouija” movie and with Jonathan inviting him to sit next to him, and them hanging out after, that crush is sealed.

Is This Who You Are Now? – Richard, Caitlin, Giulia, Fraser, Sarah But, why did Fraser go to a movie without Caitlin? Well, because Giulia, the girl from the first episode, has been looking for Harper, and with a hair cut, and using some of it to make a mustache, Caitlin wanted to experience life as a boy. Unfortunately, they learn that Giulia, even after making out and talking, knew Caitlin was assigned female at birth. With that, Caitlin’s fantasy is shattered, and she runs from the situation.

Leading to Richard, who has discovered she cut her hair, being mad and flipping out. Which doesn’t lead to Caitlin fighting back but breaking down in his arms and Richard blaming Fraser and Sarah for everything. Especially since Sarah has been spending time with Caitlin and with her forcing him to apologize for his men’s actions, she, and Fraser, are on his s*** list.

[…] when you’re not sure if anyone else will accept you, you kind of feel alone. You don’t know where to go or who to turn to or who you should actually talk about how you’re feeling with, and finding someone that just accepts you regardless and doesn’t question anything, is really sweet.
— Jordan Kristine Seamon (Talking about Caitlin & Her Relationship to Fraser)

At this point, it seems with Fraser that he doesn’t necessarily have issues with adults or figures of authority, it’s just Sarah. But, what makes things interesting, in terms of his upbringing, is him calling Maggie “Mom” alongside Fraser saying he isn’t sure if he hates her, and doing so in an almost playful way. If not him being confused since, maybe in his teenaged brain, there is a part of him that believes he should hate her, yet her struggles to come up with a reason.

With that in mind, it really pushes you to wonder what is their relationship like when Sarah isn’t around? For Fraser saying he isn’t sure if he hates you damn near sounds like a compliment. Especially when you consider when it comes to people like Sam, who outright despise him, he can still be kind to them. So, when it comes to Maggie, her being his first call when drunk, and being playful with her as Sarah seemingly wants him to be in their relationship, it really pushes you to want a focus on what they have going on.

While we’ve been getting bits and pieces, it feels like we truly got to know Jennifer and understand the duality she lives under. Buried beneath the wife she tries to be to Richard, and mother to her two kids, there is a woman apparently named Lubabah that she keeps hidden. Someone who claims to Maggie isn’t queer, but did come from an area where not only is being homosexual a crime but not reporting known homosexuals is as well. Leaving you wondering, when it comes to Danny’s father, what is the story there?

Jonathan has existed as Sarah’s assistant for most of the show, and while it was made clear, after seeing his penis, Fraser had some interest, it wasn’t clear what could come of it. Yet, with Jonathan opening up to Fraser, showing he is weird, by being Jewish and reading a Nazi novel, Fraser could find a kindred spirit. Maybe even someone to replace the boy left behind in New York we barely hear about anymore.

What we love so much about Caitlin’s journey is that it is complex but not necessarily traumatic, as many Black trans or queer storylines are. For even with her father clearly not the most accepting of her exploration, she has the support of Fraser, Sarah and is finding the strength and courage to identify who she is. Even to the point of venturing out into the world as Harper. Which, to us, is a major step in confirming their identity.

Richard’s only negative right now is being a Trump supporter, and outside of being Pro-America, we have no idea to what extent his beliefs align with Trump. Whether he is against Sarah because she is a woman in power, lesbian, married to a woman, raising a child, the specific reason he has beef with her has not been outright said, but you can guess. So him flipping out since it is clear his daughter, his biological child, is under Sarah and Fraser’s influence, you can fully expect something happening. Heck, add in Sarah making him apologize for his men defending the country? I don’t know about you, but I’m waiting for the blow-up. 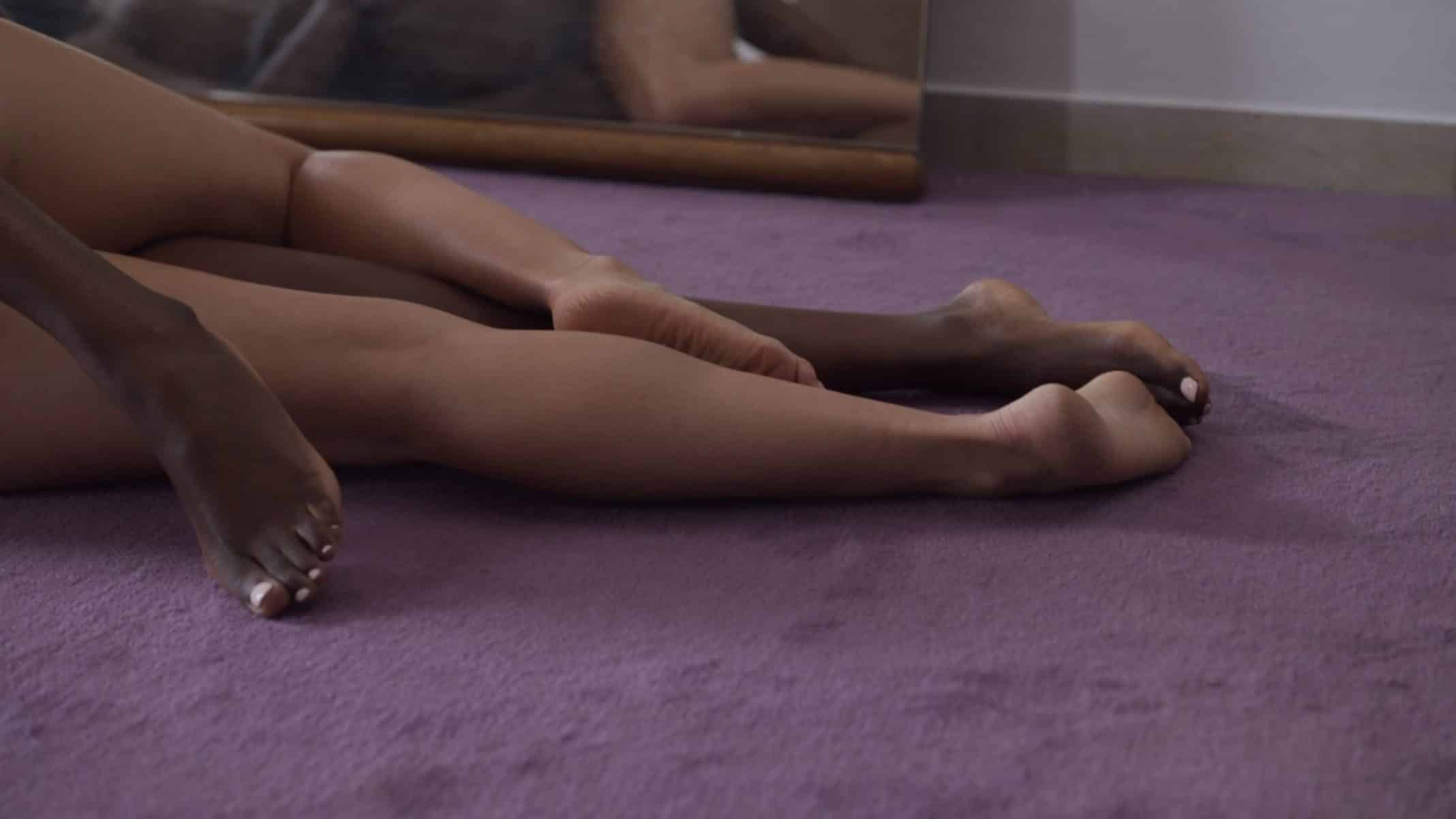 I was all for Maggie being the Fraser to Jennifer’s Caitlin, but them having a full-on affair? I feel like that was to make up for the fact it would be on some Larry Clark[2] stuff to have the kids have relations with one another. After all, this is HBO. Sex and violence for the network is like milk to a baby, and it’s rare to find a show that foregoes either in the pursuit of trying to present us the human experience – even if in a fantasy world.

But, getting back on topic, there is so little to understand when it comes to these two messing around that hopefully, the affair is developed beyond Maggie seemingly being God’s gift to women who love women. For beyond seeing their relationship as a less mature version of what Fraser and Caitlin have, it is hard to fathom why things went sexual?

There is something about Danny’s journey which doesn’t hit as it should. It feels like it is bubbling with potential but has yet to get the time and focus it needs. A statement that I feel I might be repeating yet with him not being Richard’s biological son, and it being clear he is treated as such, everyone pairing off while he is alone, and feeling disconnected, there is a wealth of story there. It is just said story is untapped.

[2] Who directed one of Chloe Sevigny’s first movies, “Kids.”