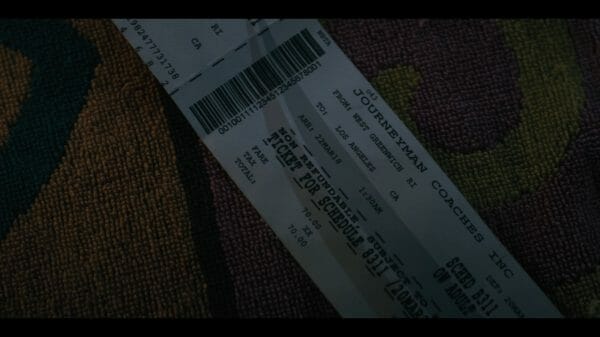 Del comes to realize Wayne had his eye on her past when she came to his door. Also, Geller and Jay come face to face with Calvin and Reggie.

With Del feeling she is no longer needed, tossed away because Wayne found someone new, she sleeps in a community pool for the night and bites the hand that gave her shelter the next morning. As for Cole and Orlando? Well, Principal Cole wrecks his car, to avoid hitting a dog, but does unofficially adopt the dog, so there is a win there. Also, as he heads to the bus station with Orlando, he comes across Del who, seeing someone she knows for the first time in a while, it leads her to hug Principal Cole. Creating a sweet moment that quickly turns awkward.

Speaking of sweet turn awkward, being that Wayne would like to stay with his mother, he tries to make himself useful and have a place in her household. The problem is with his method of doing so, he decides to set up a workshop room for Maureen in Calvin’s TV room. With him doing that, Calvin tells Maureen it is either kick out Wayne, or Maureen and Wayne can get out. So, being that Maureen isn’t going to ruin what she has for a kid she just got reacquainted with, she tells Wayne he has to go and, naturally, Wayne flips out. He also tries to take his dad’s car, which is in Maureen’s name, but Reggie and Calvin stop him from doing that.

Wayne’s abandonment issues are heartbreaking. Yet, look at the pattern in his life. Outside of Orlando, the people close to him, no matter what he does, they leave or toss him aside. Maureen doesn’t even really fight for the boy. Not that she could, because her candle business is but a hobby at this point, but since we get to see from more than Wayne’s point of view, we’re reminded that she is – I don’t want to call her selfish, but she is putting herself before Wayne.

But, in her defense, what else does she have out there? Even regarding leaving Wayne Sr., while the specific reason still has yet to be said, it has become clear that she was unhappy. Wayne Sr., in what sounds like a controlling way, coerced her to be a certain way, live by a certain code, and was stifling. Now, is Calvin much better? Well, there are trade-offs. However, said trade-offs are what Maureen can deal with and with her, maybe like Donna, not having a high school degree, it might be her only option.

Not to imply she can’t decide to just abandon Calvin and start over, but there comes a point in life when starting over isn’t as easy as it seems. Heck, look at Cole. He hates his life, probably would love to start over, but how can he do that? He barely has any money, doesn’t have anything but multiple dead dogs, and no family we’ve heard of to act as a safety net.

So while cruel in many ways, perhaps this also acts as a lesson to Wayne. For it seems to me Wayne has long looked outward to find acceptance, validation, and purpose. Here is hoping that with his mom’s rejection, he’ll find something within himself to provide that. Not just so he doesn’t end up playing the fool again, but so he can have some kind of direction in life.

While there has been a need to question why Del would join this random guy and to head to Florida, it has been ignored why Wayne chose Del. Well, simply put, he had had a crush on her for around a year now. Naturally, being as shy as he is, he didn’t talk to Del when he was beating someone up for trying to blackmail her. All he did was use Orlando’s expertise with computers to make sure pictures of Donna were deleted, and Del wouldn’t be forced to pay 20 bucks a week.

Learning that, and hearing that Wayne talked about Del to Orlando, it pushes Del to do what we haven’t heard a lot of women necessarily do on this show – chase after the guy. That is, as opposed to expecting them to pursue her. 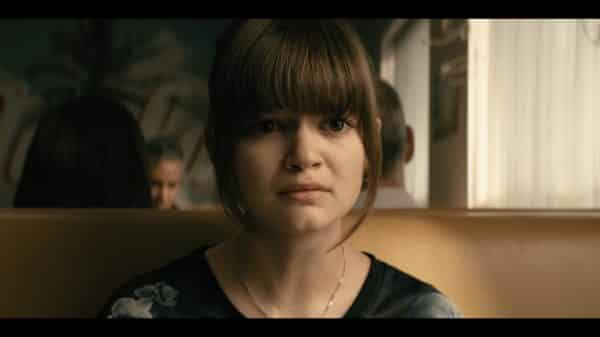 It’s weirdly sweet how far Wayne went to help, or protect, the mother of a girl he probably didn’t know past her face. Yet, considering how well known Wayne’s actions were, especially considering what he did to the kid, it is surprising Del never said anything. Surely between Natalie, or someone else, they would have said crazy Wayne helped her out right? Heck, if Wayne maybe came off too scary, surely she could have approached Orlando to pass along a message right?

There is just something weird about Wayne doing something that big for her, especially for her mother, and yet they didn’t really meet or interact for nearly a year.

Surprisingly, despite it being 11 years since she has set sight on Wayne Sr., Maureen still talks about him – when drunk. This has grinded Calvin’s ears and with Wayne Jr., showing up, throwing his world into chaos, then trying to steal that car, he decides it is time for some revenge. Seemingly he was going to use a blowtorch and really test Wayne’s pain tolerance, but then Jay and Sgt. Geller show up. That is when things get weird.

First and foremost, Jay knocks out Jay when they try to approach Wayne and then he disappears. Following that, we learn Sgt. Geller is queer, used to live in Thailand, and was in a prison which taught him to be quite deadly in a fight. But that’s the weird part to this. Calvin fights Geller hand to hand, puts his switchblade down, and Reggie never pops up. His dad gets his ass whooped, and Reggie never interferes. Geller just takes Calvin out, frees Wayne, and says he is under arrest.

Again, I’m perplexed where Reggie went during Calvin’s fight and why Jay was knocked out like he was but Sgt. Geller was given a chance to defend himself. I get it was for the result of Wayne being arrested, but I’m still confused why, after hearing Jay and Sgt. Geller were cops, the Black guy got knocked out and Geller got to fight one on one. Then again, maybe I just answered my own question.

But, now with Wayne arrested, it does lead you to wonder what’s next? You know his landlord is going to press charges, unless Geller has something on him, so is Wayne going to jail? Are we going to see something similar to Baby Driver here? Much less, did Maureen leave by the time all this went down and why did no one in the complex say or do anything? Aren’t they all Reggie’s people, maybe Calvin’s associates? Two cops show up, one beats Calvin’s behind, and no one hears anything?