In its series finale, we watch as a new chapter begins for many, and sadly are forced to accept we won’t see how these stories play out.

Not The End Of An Era, But End Of A Chapter – Mari, Lyn, Rudy, Johnny

While it isn’t clear what became of burying their father, Mari and Johnny are prepping to move on. When it comes to the house, they get rid of their father’s chair, and it is agreed that Mari should be on the deed. Then, in terms of their personal lives, Mari hooks up with this company named “Charged” as a freelancer. Meaning, all the work she does as an advocate, she’ll get paid for it now. As for Johnny? Well, he and Karla are over. It isn’t clear if her acting up in front of Lyn and Rudy caused it or other underlying issues we don’t see since Johnny isn’t a main character. Either way, they are done, and it seems to be good timing.

Why? Well, Lyn decides it is over with Rudy. She has come to that point of feeling his mother, who wants to take her bra shopping, is too deeply embedded in their relationship. Also, from the pegging to now wanting her to pee on him as punishment, it is just too much. Lyn likes to be amiable and has nothing against a person’s kinks but, with Rudy, there is something about it that makes her uncomfortable so it’s over. Oh, and of course, it is also because he expects her to be his nasty girlfriend in private and silent partner in public – unless she is propping him up.

With Nico giving notice, this gives Emma no one she can really rely on. Lyn is in Victor’s pocket, so she thinks, and with Victor bad mouthing her and Vida over their sexuality, even having some cult prayer thing done when she confronts him, Emma does as she always has – runs. She talks to Nelson about selling the building, blows off Lyn whenever possible, and really the only person Emma opens up to is Nico. Someone who is leaving soon but offers Emma the chance to come with her. An idea which is definitely a possibility.

And as for Lyn? Well, being iced out is difficult when you just ended two major relationships and are coming to the realization you keep falling into patterns of becoming what others need you to be without any care of who you are. So Emma icing her out leads to Lyn going to Johnny.

Why? Well, what Emma and Lyn both are looking for is someone reliable. Both love, love and are willing to do and put up with a lot. However, they have gotten their hearts broken so many times it has become harder for Emma and for Lyn? Well, Johnny set a standard that no one could match so, when she is down, she goes to him. 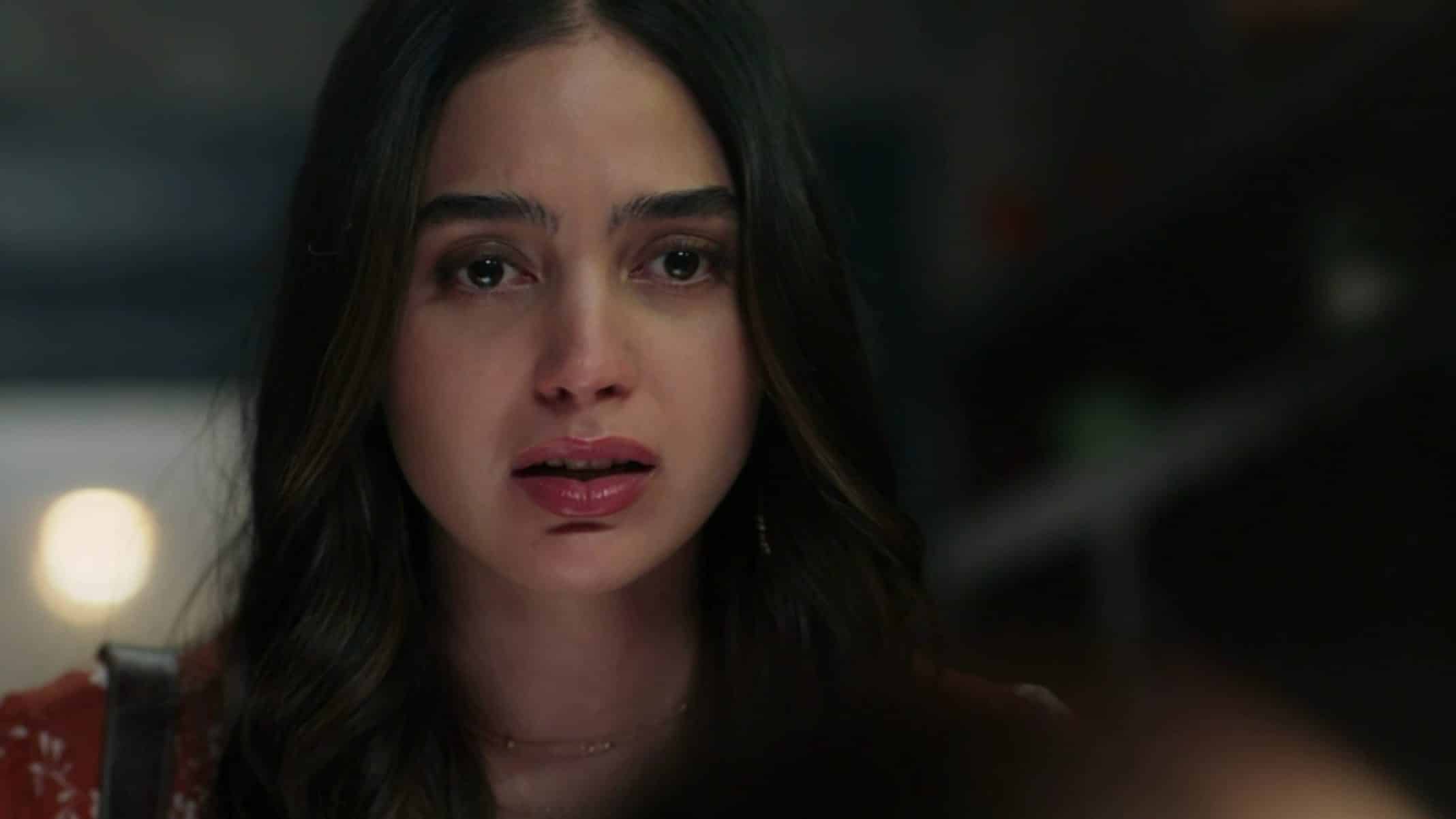 Leading to your usual talking, to making out and almost sex, but then Lyn stops. For with her recognizing the patterns that have often led her astray, she wants to do things right with Johnny and right by Johnny. So they take a pause, for now.

Which, sadly, is also what Eddy does with Monica. Someone who actively pursues her but, for Eddy, it is still too soon. Mind you, despite the show having three seasons, it isn’t like years and years have passed. If I understand correctly, the whole show might be around a year, maybe a year and a half? I’d have to check other recaps, but “Vida” didn’t do time jumps at all.

Getting back to the point, Eddy, despite Monica coming by for lunch, and bringing her favorite food, and clearly finding her attractive, Eddy just isn’t ready. Though what may get to you is, on top of not being ready, it isn’t clear if she and Monica could have a future down the line or if this is it.

Correcting The Assumptions Of Your Story – Lyn, Victor, Emma, Nelson

As Lyn notes, when Emma is upset, she goes nuclear and decides it would be better to burn down the fields and destroy bridges. Hence why she talked to Nelson. However, then new information is brought to Lyn’s attention which may have changed things for Emma.

This change in Emma’s story shakes her, and while she claimed she was Vida’s daughter and defended her in front of Victor, now she finds herself further making peace with her mother. Leaving you to wonder, with her feeling done with the bar, Nico’s offer to come with her, and this really being Lyn’s baby, what is Emma’s next move? Especially since Victor is coming for the building…

Knowing The Truth About Vida

While it is still murky when Vida realized she was into women, never mind her pursuit of Eddy, learning she protected her daughter from possibly being beaten by her then husband is a blessing to know. It also helps you understand why the ghost of Vida often appeared to watch over Emma. There was so much left unsaid that needed to be corrected, and with that lies regrets. So, Vida could only hope making her presence felt, in some way, Emma could understand, while she often feels alone, abandoned, or ostracized, she isn’t. Her mother loves her, watches over her, and even if she is the strong sister, Vida knows Emma has moments of weakness that would call for a mother’s love. So, while she can’t hold her, she can be there in spirit. 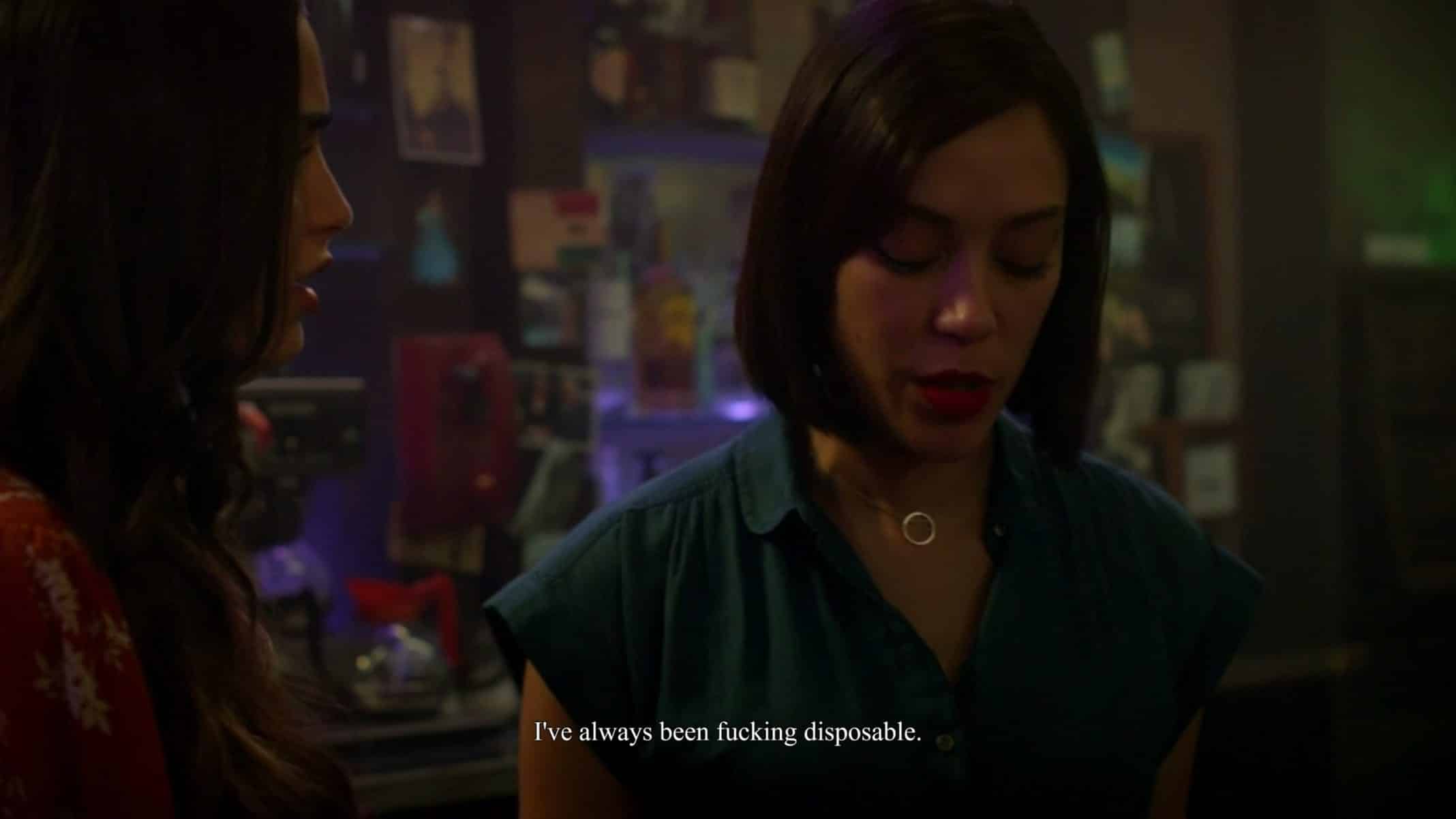 I think Emma and Lyn are both looking for someone they can rely on to be consistent, uplifting, and everything everyone else decided not to be – to see them and believe them. With Lyn, she knows her ideas are like stars in the sky before constellations were made. However, believe in her, help her focus on the details, and provide encouragement, and she can flourish. Then, with Emma, she just needs you to take what she says seriously. She knows things and, unfortunately, doesn’t always breakdown and explain herself but, that’s the thing. After a certain point, you don’t want to explain yourself but believe someone trusts you enough to just go with it.

Mari Onto Bigger & Better Things By Telling Her Truth

Let’s be real, Mari was always too good for that group. Their greatest accomplishment was finding a space to meet, and despite the number of people they had, they never did anything. Hence why people like Tlaloc did what they did to Mari. Activism was not the primary goal of that club, it was socializing. Thus why nothing was ever really done, and all that happened was them protesting a Latinx owned bar, across the street, in front of true gentrifies.

Which you could take as holding your own accountable but, let’s be real – those kids were scared of taking on people with money, so they picked on the little guy who they felt they could overwhelm with their numbers. 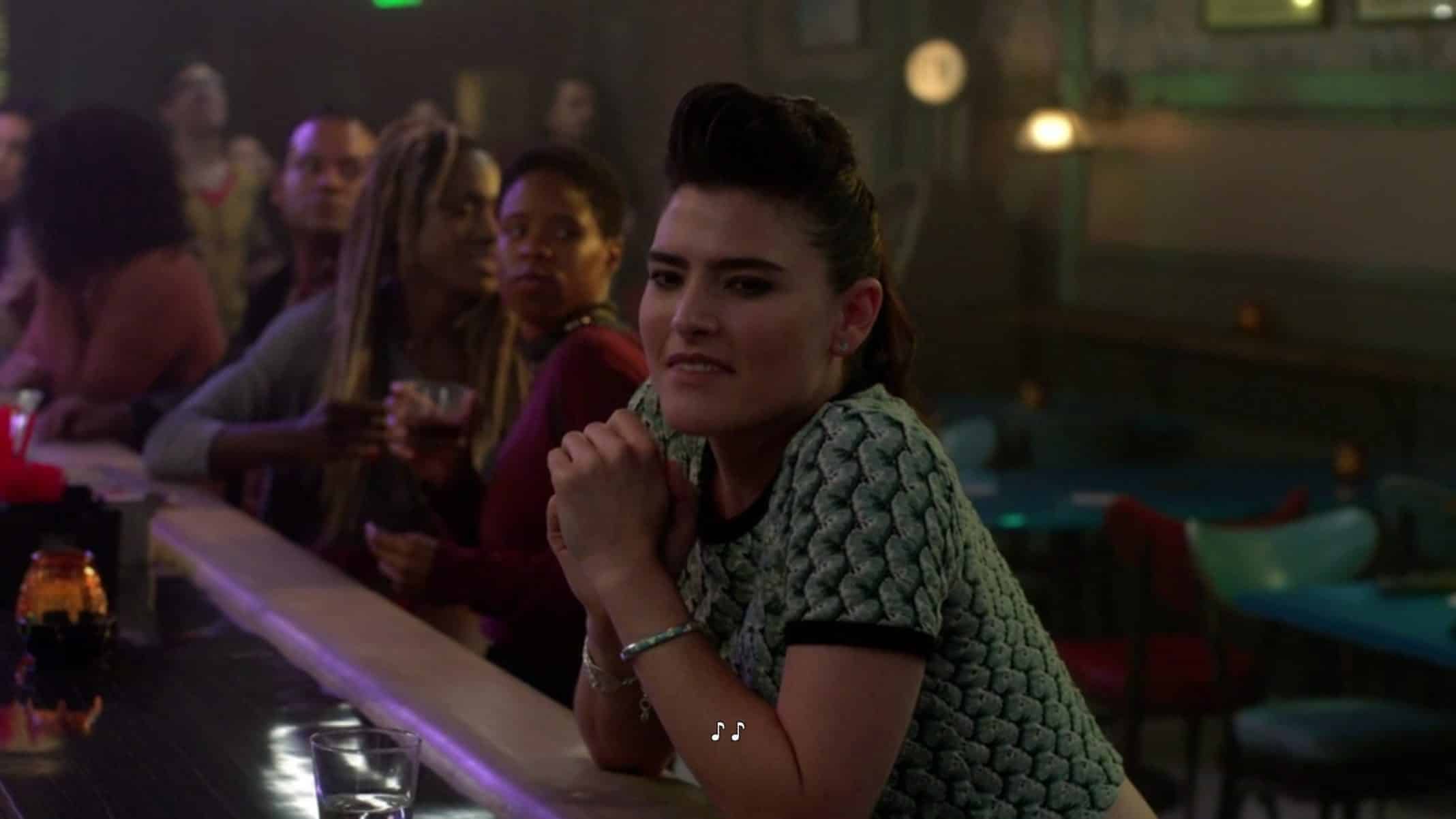 It wasn’t until this season I realized how much I needed someone like Eddy to find love and be in a relationship. Mind you, I’m not Latinx, lesbian, nor do I share Eddy’s body type. However, seeing Monica pursue her, ask around what Eddy likes when it comes to food, it was so beautiful to see someone make that kind of effort for Eddy.

This is why I’m mad it wasn’t made clear if Eddy turning down Monica meant she isn’t ready yet and whether Monica was washing her hands of Eddy or was willing to wait. I NEED ANSWERS!

Mari’s Storyline Not Reconnecting With The Sisters

Is it wrong that I wanted Mari to reconnect with the sisters, if not at the very least Emma? With her and Yoli in a weird place, and things odd after the protest, I was hoping they could really reconcile. After all, Emma came off like an older sister to Mari, and with her dad dying, I thought they could bond over losing a parent. I mean, that could have even triggered Mari talking to Emma about maybe reconciling with Victor only to find out he is still trash.

But with a 6 episode season, that would have been a lot to fit in I guess.

Mari's Storyline Not Reconnecting With The Sisters - 73%

Mari Onto Bigger & Better Things By Telling Her Truth - 82%

Knowing The Truth About Vida - 84%

In its series finale, we watch as a new chapter begins for many, and sadly are forced to accept we won't see how these stories play out.