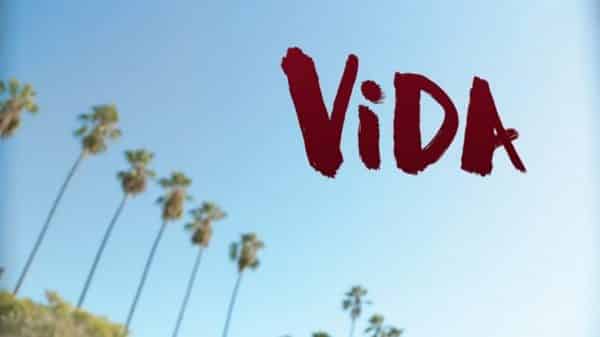 As Emma deals with Lyn’s betrayal, Marisol and Eddy are trying to handle being rejected by their assumed family. Trying To Get Back On The Good Foot: Marcos, Nelson, Lyn

After the credit card reveal, Lyn figures the only way to get back on Emma’s good graces is going after Nelson. Someone who, with Marcos’ help, she plans to expose. You see, Marcos and Lyn were talking about colorism in the Latinx community, and then Marcos mentions his tia got rejected by Nelson. So they make a profile, taking advantage of his love of white girls, and decide to take the chat and a dick pic, and send it to Mari’s group. Because, you know, if you want to ruin a local Latinx figure, who else would you send it to?

Despite what seemed like the young version of Vida reaching out to Emma, seemingly that wasn’t the case. Assumingly, due to lighting, Nico’s hand just looked darker than it is and what ended up happening is Emma went to her house. Mind you, nothing happened between them. Nico slept on the couch and Emma in the bed. But, with getting a good night sleep came a bit of clarity, and her headache gone.

Leading to Nico bringing up she knows a brand ambassador and the option to lease wall space being available. Something Emma goes for despite seeming dismayed when another mural was taking down within one or two episodes. Yet, money is money, it is her property, so she decides to do it. 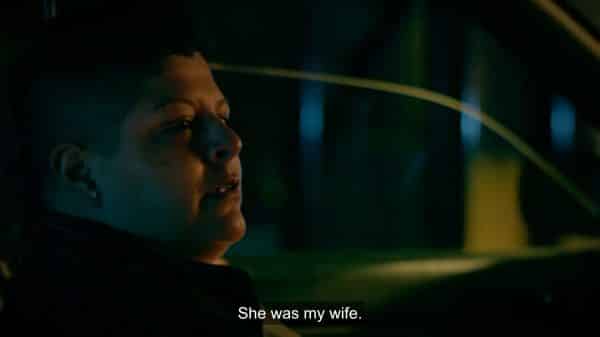 However, Eddy loses her mind, so Emma shuts her down and reminds her she wasn’t married to her mother, and that will don’t mean jack. Which, as you can imagine, blows Eddy away and leaves her devastated. I’m talking to the point of, later on wanting to drink and drive – maybe commit suicide even. Though Emma doesn’t seem to really care.

Well, it is assumed she doesn’t care. Yet, you could argue, to keep her karma in balance, she helps Mari so no darkness circles her head. Something that is a bit of a problem for Lyn since she gets told about herself, and told she is ugly inside. Leading her to do a bruja remedy that may or may not have taken since she didn’t follow directions.

Conversation About Colorism In The Latinx Community 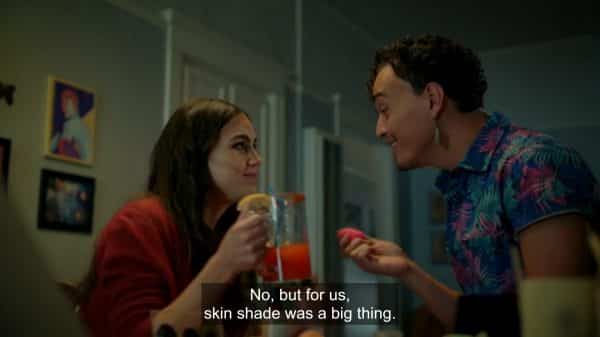 As noted in an earlier episode, culture is a serious focus on Vida since it is like how many classic comedies of the 70s, 80s, and 90s, were for Black people. Yes, there is this sense that a lot of things are general, relatable, and universal. Yet, every now and then, there is a scene which is personal, and you would need to be of the culture, or adjacent, to get. For while colorism is a big thing amongst many cultures, especially Black and Brown, to see two characters have a casual conversation about it, void of an after-school special vibe, is important. Plus, being that it is not just in this episode, but multiple episodes, it is noted, you’re reminded it is not something that just suddenly is a thing and then it doesn’t matter. Being lighter, in many communities, means a vast amount of privilege beyond what is often given credit for.

So whether it is Marcos and Lyn, Emma with a good portion of the reoccurring members of the cast, or whoever, you have to applaud the show not running through a list. Never mind presenting an issue then suddenly backing off from it.

Emma Being There For Marisol

I just want them to hug once. To see them have a deep conversation about life, where they see each other’s going, just once. They do live together now so it should happen, right? After all, it isn’t like Emma has friends really. She does have Nico, but with that being a potential partner, I’m sure she’ll need someone else to talk about relationship stuff – or am I just being corny?

Eddy Is A Mess

Don’t get me wrong, I feel for Eddie, I do. But I’m starting to see why shows jump weeks and months ahead. There is a serious need to know what is next for Eddy since her posturing and trying to assert herself is getting seriously old. Surely there is something else that can be done with this character, right?

Is Nelson trash? Yes. Yet, I don’t how to feel about the possibility of Lyn sharing his dick pic. On the one hand, he did inappropriately touch Emma. But, on the other, while the picture won’t ruin his personal life, his professional life? More than likely. Plus, I really don’t like Mari’s group’s way of handling things since there isn’t seemingly room for discussion. They just react like immature pinches.

Conversation About Colorism In The Latinx Community - 90%

Emma Being There For Marisol - 89%