The s*** hits the fan and may drive Emma to a panic attack.

He Is Not Your Father!: Emma, Lyn

While this isn’t followed up on at all, it is worth noting Lyn comes to question if Don Fully might be Emma’s biological father. But with Emma honestly not caring, and Lyn not finding further evidence, this storyline lives and dies this episode. Well, Eddy comes to the point where she might be tight but doesn’t feel she needs Marisol anymore, so she gets dismissed. Leading to a sort of mind screw of Emma asking her what is she going to do next? Like school, for example. And, lest we forget, with a father who wasn’t really that invested, and no mom, it makes Emma have a special place in Marisol’s life. So her pushing her to think about what is next messes her up. Even to the point of asking Tlaloc what he thinks, and him being of no help at all.

But someone who is of great help is Nico. Someone who reveals Lisa, the bartender who barely had any sort of story, has been stealing money. Something that, with Emma being who she is, and finances being what they are, doesn’t lead to a warning but Lisa being fired. Yet, in the process, Nico earning Emma’s trust and definitely becoming more and more appealing.

Just When They Were In Recovery: Marcos, Lyn, Emma 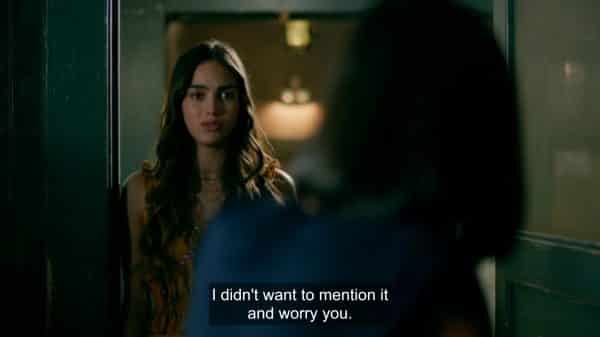 In talking to Marcos, who is moved in and getting comfortable, Lyn comes to realize that she never really talked to Emma, while she was calm, about Emma being sent to live with their grandma. Which is a conversation you know would be hard for Emma since she doesn’t like having hard conversations. But with the discovery of Lyn racking up $14K in debt, it seems that discussion may get put on the backburner. Especially considering Emma looks like she may have a stroke, heart attack, or a serious panic attack.

A lot of characters this season haven’t really been progressing much and while the reveal it has only been two weeks since the season started helps explain why, it is a lingering problem. Yet, with Marisol pushed to think about her future, there is some hope she, among many other characters, may begin thinking about their future and have more active storylines.