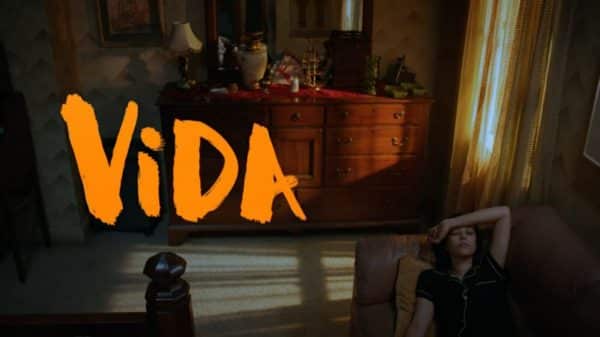 As more is taken from Eddy and Emma’s memories, one can only hope they realize it is lightening their cross to bear.

A person is finally found for the vacant apartment, and Emma proposes Marcos – the androgynous person who was at Cruz’s cousin’s wedding, and we met in season 1. Problem is, Eddy doesn’t necessarily like people like them since she assumes that means parties, among other things. However, with him having good credit, being a borderline doctor, and maybe paying that $2K asking price, Emma doesn’t seem like she is going to budge on this one. 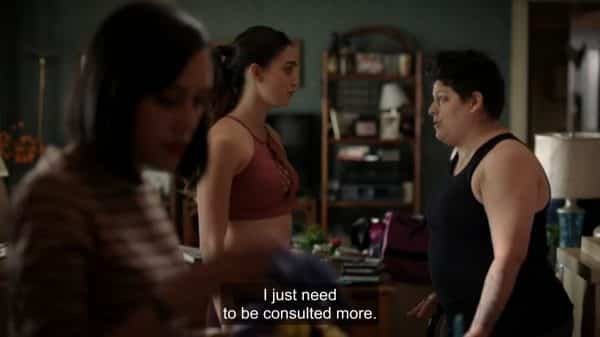 With there being a huge amount of junk Vida left behind, it’s only natural Emma is going to sell it. Problem is, Eddy already lost a shirt that smelled like Vida, so the stuff going too? It’s a bit much. What doesn’t help is Johnny helping her around to make things even more complicated. Though, compared to Nelson entering the bar, that’s nothing.

You see, Nelson is trying to take down Emma so with him seeing fire code violations and things of that nature, he pounces. All of this, by the way, was made possible due to Lyn not knowing what Nelson looked like. Thankfully, however, Nico, who now works at the bar, is able to calm Emma down.

How? Well, by taking her out. Not on a date, at least that word isn’t said, but they do go eat tacos and learn about each other. Have interactions they couldn’t have before since, either it was inappropriate, or they were just feeling one another out. But, in the long run, Nico brings up this “Bird by Bird” way of doing things, which translates to taking things one at a time, and it helps Emma become a little less frazzled and able to think of what can be done so the bar isn’t closed for 30 or more days. Remember Rudy? The guy from the gym, a councilman? Well, Lyn is back in his life, and with all that is going on, she flaunts her feathers. Making it so what could take 30 or more days could take less than a week. Which gives Emma a bit of relief but perhaps what really reminds Emma how valuable Lyn is comes from her remembering Emma’s birthday. Something she downplays, doesn’t even tell Nico during their hangout, but Lyn making as big of a deal a broke person can, it leads to a very rare smile from Emma. One worth cherishing.

With Emma often serious, overthinking, and stern, seeing her smile after Lyn did their dad’s hand thing was such a cute moment. Also, it was a little heartbreaking since you realize, at this point, Lyn may be the only one who knows about and cares about Emma’s birthday. Granted, it isn’t like Emma is sharing that information around. However, there is something about people asking or knowing and doing something, the way they know you’d like things to be done, is special. Because Lyn could have told Eddy, called Nico, made it into a big deal, but she knows Emma isn’t about that life. Instead, she did this thing their dad did, got some alcohol, and played a song for Emma. She made the night about Emma and with the way Emma talks sometimes, that’s all she wants. Someone to focus on her and make her happy. 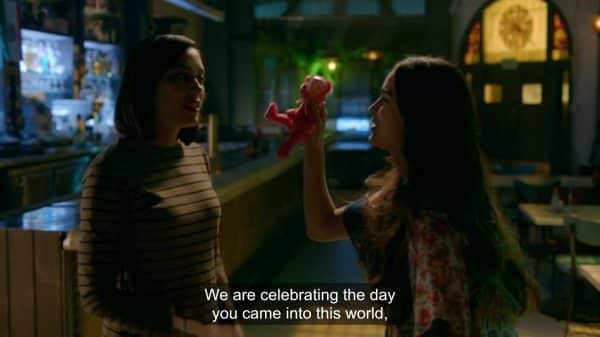 At this point, I don’t want Cruz to come back and act as a Johnny or Juniper type for Emma. Let them be gone and have Nico flourish. I mean, I know it is very weird to ship characters, but I am at the point of wanting to see these two move in together. Maybe not get married, since it is way too soon, but I want some solid commitment. But before we take it that far, I need Emma to at least ask Nico to be her girlfriend or something exclusive.

Eddy is starting to get on my nerves. They’re hurting, both physically and emotionally, and I get it. But they are becoming as one-note as Johnny at this point, and it is bugging the daylights out of me. Surely, there can be more to Eddy’s life beyond trying to preserve Vida’s memory.