In a rather emotional episode, Mari makes a mistake with Eddy and Emma has a bit of an emotional awakening.

As has become a pattern, Lyn gets crapped on quite a lot. While out and about, running errands, Johnny craps on her for trying to help him. Later on, Marisol does as Eddy sees some mementos of Lyn’s childhood. As for Emma’s contribution? Well, it is by revealing she is moving out, which means Lyn’s nightlife is over for she’ll have to watch Eddy.

However, when it comes to Emma, her true cruelty comes towards Baco. There are no pleasantries between them, and while Baco realizes where he is getting his money from, he is getting tired of Emma. Though on the opposite end, Emma is a bit frustrated that Lyn’s childhood stuff was easily found, the only money she has is for someone like Baco, and life isn’t necessarily getting easier.

Learn To Use Your Feathers: Dona Tita, Lyn 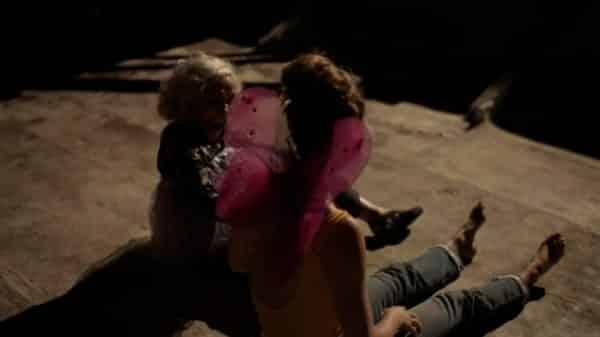 The comment Dona Tita made in the last episode haunts Lyn, but she follows it up to try to clean things up a bit. For with Vida noting Lyn didn’t have much to offer and she should just find a man, it helps you understand the pattern Lyn has had in her life. She finds men to take care of her for that was what she was taught to do. However, that isn’t so much an option Lyn wants to pursue anymore.

So, Dona Tita spins it and says for Lyn to use her feathers. Now, what does that mean? Well, let’s take note, alongside being pretty, Lyn is generally good with people. So yes the feathers may attract people, but what Lyn has to keep them around is her personality. At least, that’s our take.

When You Know What You Want, But Settle For What You Need: Baco, Nico, Emma

Emma’s heart has always been a complicated thing to satisfy. Particularly due to her desire to not be open about her feelings and her complicated relationship with sex and intimacy. So it makes sense that as Nico becomes someone Emma is more and more into, she would seek ways which could keep her from catching feelings. Prime example: Emma decides to have sex with Baco. Though, aside from the Nico situation, there is another reason Emma had, and continues to have, sex with Baco besides needing an itch scratched.

The Sense of Loss Is Heavy 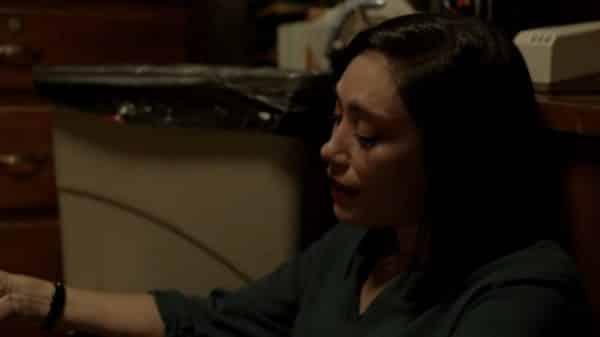 While Vida isn’t a morose drama, consistently it holds a rather sullen cloud over the bar and its characters. Which doesn’t slow down the pace of the show, but does make it so it is strangely binge-able. For when it comes to most shows like this, comparing Vida to many a Netflix program, it is only their comedies which you can do one after another without stopping. The rest, unless they contain a certain amount of absurdity, they get tiring to watch one after another. With Vida, even as we see Eddy breakdown due to Mari cleaning one of Vida’s shirts and Emma when she discovers Vida saved some of her childhood things, it doesn’t lead you to need a break. Even with you sometimes crying as the characters do.

One of the things I’m gaining an appreciation for, thanks to conversations with @imaginarymargo on Twitter, is what they describe as softness. That is, the idea that a character is allowed to be vulnerable and have a soft place to land. Alongside someone who not only welcomes them being in that state but allows them to do so as long as they need. Dona Tita does that for Lyn, and you can see, even if her comment came off a bit toxic in the last episode, she meant well. If not, she didn’t present a complete thought at the time.

Take note, everyone has something which allows them to flourish. Some have creative talents, a brain for business, and Lyn has her looks and personality. Which, on the surface, may seem shallow but that’s because we forget how someone looks physically, how they dress, their demeanor, determines a lot. Not just in terms of sex but also whether we feel safe, they seem approachable, and whether we’d want to build anything with them.

So, when it came to strutting her feathers, I think Dona Tita’s bigger idea was using Lyn’s looks as a hook and then all else she has to offer to bring that person on board with her plans. If not initiatives she has which, outside of that bingo game, could be good. Perhaps telling her what Lyn could have used from her mom besides finding a husband.

What Nico Brings To The Show & Emma’s Life 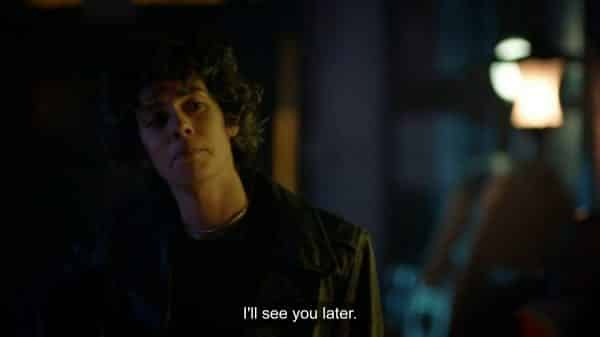 While Emma is queer, being that Vida came out and changed her life after Emma was forced out, she doesn’t really know the culture of the bar and what it means. Making Nico’s place in all this helping to fill the gap of what happened between Emma leaving and her return. Also, it reminds you of how important spaces like Vida are for the queer community to be able to be themselves. Especially those who may not be interested in the party scene but still want to drink and socialize.

Plus, in terms of Emma and Nico as a couple, it seems Nico is far less intense than Cruz and is allowing for Emma to take the lead. All the while showing interest and I think this approach is throwing Emma off a bit. Maybe because she is so used to being pursued either like Nelson did or how Cruz did, so someone taking their time and not rushing things makes her feel out of control, even if she is in it. Or, to put it a different way, she is so used to a certain pattern that with Nico changing it, she reverts back to her old unhealthy habits since that is what she is used to – for better or worse.

With Mari handling Eddy’s recovery, it makes you wonder what is Johnny doing then? Will he get enough focus for us to see him reconcile with his ex? As of now, he still seems to orbit Lyn quite heavily so there is a strong need to wonder what are they planning with this character?