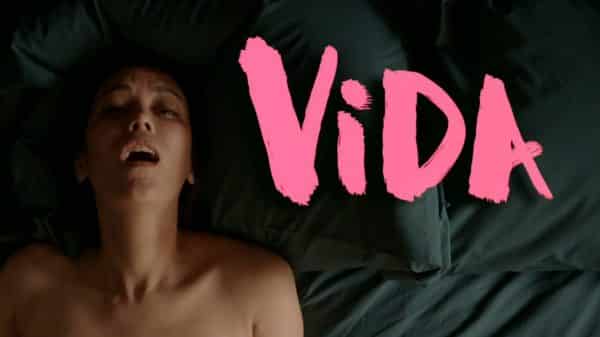 As Emma starts thinking about how life can be now that she left Chicago, she comes to some decisions. Of which some don’t make Lyn too happy as she struggles with life.

Things are ridiculously difficult for Eddy. Yes, she has won some small battles with Emma when it comes to choosing who gets the apartment and who doesn’t, but she still needs help. So, after fighting with Johnny over a multitude of things, including Tlaloc, Mari finds herself humbling herself. How? Well, with paying part of the debt she owed Emma for bailing her out, she asks if she can help Eddy. An idea Emma goes for since she, Mari, did help nurse her father. Plus, with her working at a nursing home, and Eddy making sure Emma could hear that, it only makes sense. Well, at least to Emma and Eddy. Lyn fears Mari would jump her, due to all that has happened, so she objects but is ultimately overruled.

When Effort Doesn’t Lead To Results, Beyond What You’re Used To: Lyn, Rudy, Dona Tita

Yet, with attracting the attention of Councilman Rudy, it seems she could have something going for her. Especially since her ideas of making Vida, the bar’s new name, an Insta-Famous lounge aren’t really seen that positively. Add in her game night dying and Dona Tita saying she’d should stick to being pretty, and this messes with Lyn a bit. Particularly due to that being something her mom pushed, but more on that in a later episode.

Ending What Was Old & Welcoming Something New: Cruz, Emma, Nico

Emma and Cruz may have been sweethearts back in the day, but it seems they may not be end game. Case in point: Emma goes to a wedding with Cruz, and while Emma tries to not be socially awkward, then she gets verbally attacked. For whether it is being called a baby queer, a tourist, talking about her passing, Emma feels like she is being roasted. And what doesn’t help is that Nico, this woman that Emma doesn’t know, is defending her more than Emma’s something which is Cruz. Someone who knows Emma isn’t much for PDA yet keeps pushing it.

Thus leading to the two breaking up, especially one Cruz brings up Vida and noting Emma’s mommy issues. But, despite how bad the night ends, Emma at least makes a friend out of Nico. A veteran with bar skills, who was the best person, and who Emma goes out of her way to ask for her to come by the bar.

I like Nico already. It’s hard to describe why, but there is something so chill about the way Colindrez plays them that gives them a certain mystique. One that effortlessly seduces you, without them seeming like they are trying at all, and with it being clear there is too much baggage with Cruz, someone new for Emma could be good. Even if Nico isn’t mean to be end game.

While I’m all for diversity, what I’d rather see is how Vida handles it. That is, rather than making diversity this big ole racial melting pot, that often leads to people of color having their cultures minor parts of the larger story, Vida is rooted in culture. Be it Latinx culture or queer culture, individually and at the same time the show addresses both deeply.

Take the conversation at the wedding of Cruz’s cousin. From using terms like “Baby Queer,” “Passing,” and talking about gender norms, sexual orientations, and what have you, those often don’t come from women, never mind Latinx women. Assuming everyone saw themselves as women. Usually, that is the conversation men have, white men especially. So a different take on that, and more than a flavor but a total vibe gave a familiar conversation new life and meaning.

It’s impossible to say enough how much Eddy’s actor Ser Anzotegui can connect with you. Their portrayal of having a ruptured spleen will hit you in the groin, and it was kind of scary for me. For emotionally connecting with a character is what I’m used. Who hasn’t cried because a character died, was defeated, rejected, or what have you? But feeling their physical pain? Whole new level for me.

Yet, I must admit Lyn got me as well. Not to the same extent as Eddy but with her trying to turn her life around, show her worth, it makes her failure to do so get you emotional. For who hasn’t tried to prove people wrong, turn their life around, and hit roadblock after roadblock? Even when you are putting in a serious effort and are going beyond what you usually do? Never mind, as much as being pretty is a privilege, the problem with Lyn is she was never built to be anything beyond that. So now she is trapped and almost pushed to believe she has nothing else. Which, with knowing eventually she will get old and can’t rely on her looks, that is horrifying. 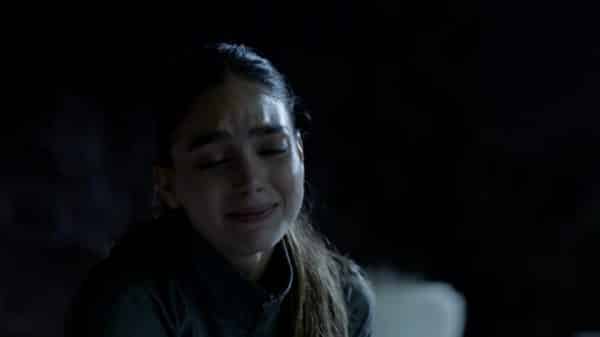 Like many, I’m sure, I just want the best for Mari and part of that is her stepping up, maybe Emma rubbing off on her, and becoming a boss. Her, on occasion, running those anti-gentrify meetings, working multiple jobs, and formerly taking care of her dad showed she is a hard-working young woman. Problem is, no one pushed her in the right direction or supported her. So one can only help Emma takes on that role and becomes what Mari has long needed.