As we retrace Esty’s wedding preparation, we also watch Moishe and Yanky try to hunt her down in Berlin – with a gun.

It Was All Good At One Time: Yanky, Esty

Believe it or not, there was a time when Esty was excited and nervous to be with Yanky. A time where touching his hand would be the greatest pleasure, and their wedding, mildly tainted by the antics of her parents, was one of the happiest days of her life. Well, minus having to have her head shaved.

Back in modern times, Esty is discovered sleeping in the conservatory. With that happening, she fears the consequences for she is homeless, with no one to really rely on, and getting into any legal trouble could end this all. Luckily for her, however, one of the professors, Karim, takes mercy on her and, alongside buying her food, presents the idea of a scholarship that would allow her to study music – specifically piano.

As you can imagine, getting to pick up where her marriage forced her to leave off is exciting. But as she is presented with an opportunity, we watch Yanky and Moishe interrogate Esty’s mom, Leah, about her whereabouts and Yanky discovers Moishe has a gun in his possession. Alongside that, we learn Moishe seems to have a bit of a gambling addiction which will likely drain whatever money Yanky has on hand.

While the students of the conservatory seem nice, like Dasia, others are a bit more harsh, like Yael. But what is to be expected when people talk behind your back and smile in your face? Though, it is at a dinner party that Dasia invites Esty to when things come to a head. For while Esty answers and tries to handle questions about being part of an ultra-orthodox community, there is something about Yael who just mishandles Esty.

How? Well, Esty is asked to play piano, and while many seem to like it, Yael rips it apart and crushes Esty’s hope and the silver lining she had about this drastic change. Add in calling her grandmother and the woman hanging up on her and it leaves Esty utterly devastated.

In music, often, you have to break the rules to make a masterpiece.
— Karim

Watching A Dream Slowly Die Then All At Once 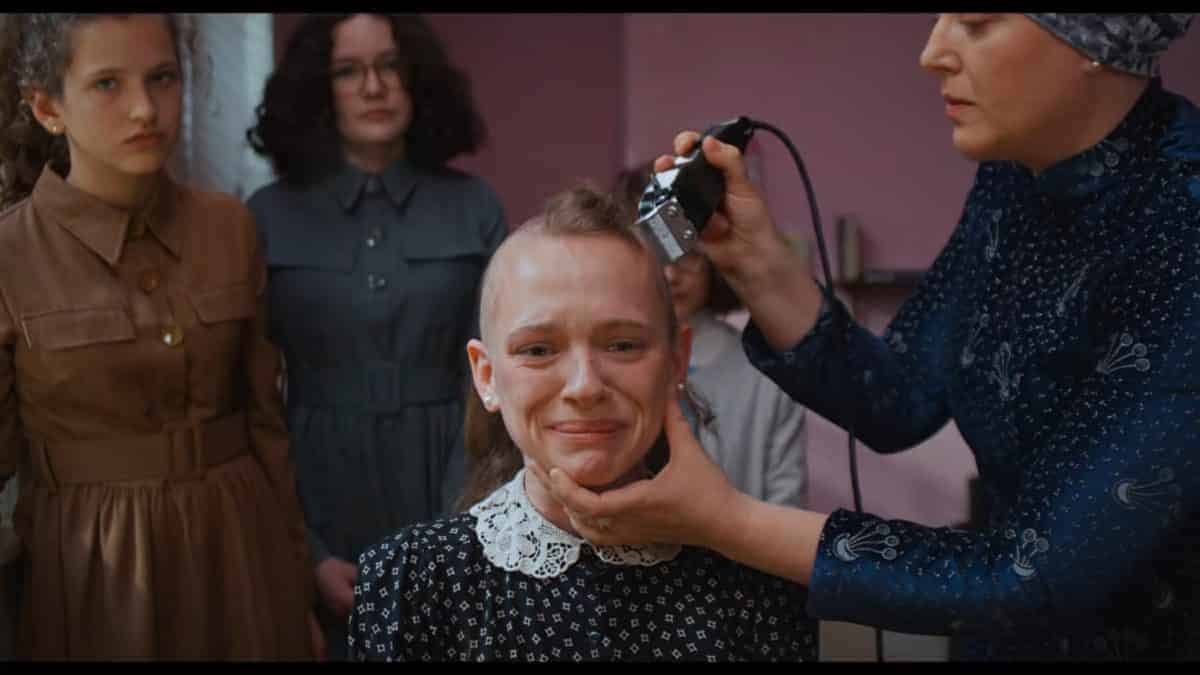 The joy of Esty’s nuptials were met with expectations I don’t think she was truly ready for. Yet, as is gossiped, it seems Esty’s education may have been limited, and with that, the sudden rush of what it requires to be a wife was probably exciting for it meant a change from the mundane, a proper family, and even a man. Perhaps the first she has ever been with since dating doesn’t seem like a thing in their community.

But, as Esty said before, she isn’t like other girls, and it seems the meaning behind this might be that she needs freedom and options. Two things which their community doesn’t necessarily allow for women and with Esty having to give up so much which Yanky gives up nothing, that was probably one of the first blows. Following that, there is knowing, for half a month, just due to her menstrual cycle, how limited their interactions would be. Then when it comes to the shame, maybe ire, of not having a baby, more and more Esty’s joys and dreams slowly died.

Which makes you understand why she utterly broke down when Yael sliced her with a thousand cuts. After a year, she finally got a taste of freedom. After a lifetime, she saw not just her own potential, but someone saw something beyond her gender. Heck, she saw what life could hold beyond what she knew. So for her dreams to be stomped on, it just hits your right in the chest like an open palm strike.

Wishing For Rules and Explanations

With talk about rules and some sense of procedure, I must admit, as an outsider, there is a desire for explanation. Granted, we’re unlikely to get them in this particular show, but there is a behind the scenes show which accompanies “Unorthodox.” Which sort of leaves you in the same mindset as Yael’s friends where you expect and think the worst since you aren’t necessarily left with anything better.

Watching A Dream Slowly Die Then All At Once - 89%

Wishing For Rules and Explanations - 75%